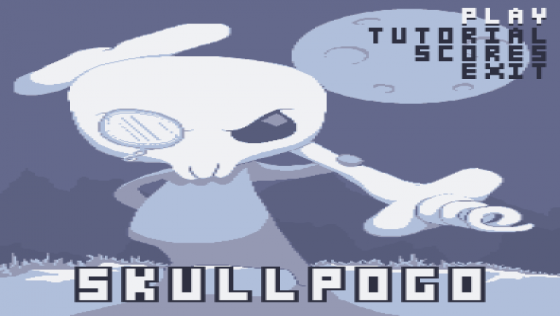 Pogosticks, monocles, and vampire pigs! Another award winning combination of off-the-hook game-play elements thrown together with the gusto and suave manner that only a TIGSource-frequenting indie-game designer can muster.

You are a skeleton. Using a pogo stick you bounce on pigs and bats. A simple concept, and it is gaming gold.

Skull Pogo, an addictive and arresting PC game, barrels onto the screen with deliciously upbeat music and charming graphics and just assaults you with positivity and unadulterated fun. Being an animated corpse and worrying livestock has never been this enjoyable.

Skull Pogo's controls are as simple as falling off a pogo stick, just keep the up button firmly depressed and bounce, bounce, bounce your way to glory. The game-play is just as simple. 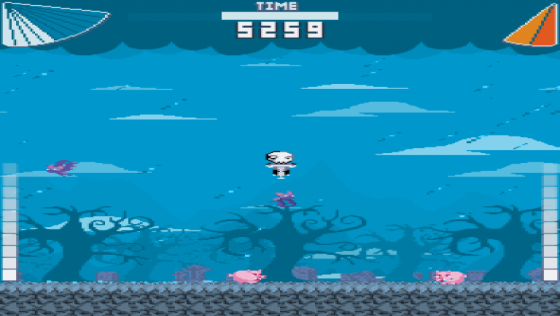 Bounce on pigs and bats, and in later levels something that looks like a bat which is on fire, pick up bonuses that they drop, all the while racing against time to complete the level. That's pretty much it, but it's all this little gem of a game needs to suck you in like a whirlpool.

Different bonuses dropped by the pigs you have sent flying effect game-play in different ways; like summoning rainstorms to make the bats fly lower and altering the weight of your pogo stick. There's also the old standard - the dreaded control-reversal pickup.

Graphically, the game is gorgeous, with a visual style reminiscent of a 16-bit take on Alien Hominid - lovely backgrounds harking back to the heyday of the Amiga. Or maybe that's just the blues and purples giving me flashbacks to the Team 17 logo. Even when run in a tiny window the eyes of the pigs show character and the sinister pure-white eyes of the bats are clearly visible. The animation of the little dapper skeletal pogo sticker is slick.

For such a small yet brilliant game, there really isn't too much to write, except that out of all of the games I played in 2008, few have made me lean over the keyboard to such an extent, and even fewer have given me as much eye strain!

A small yet brilliant game... Few games have made me lean over the keyboard to such an extent, and even fewer have given me as much eye strain! 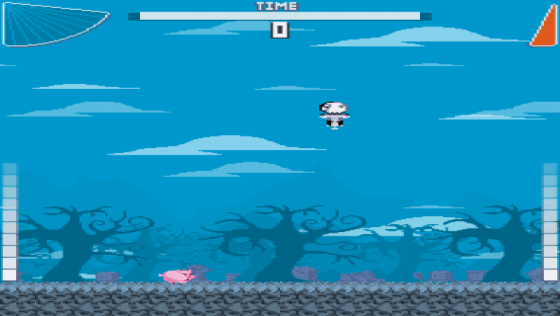 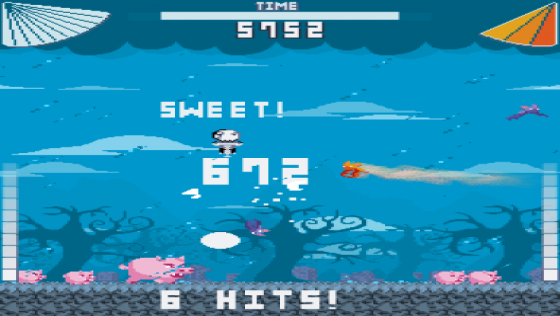