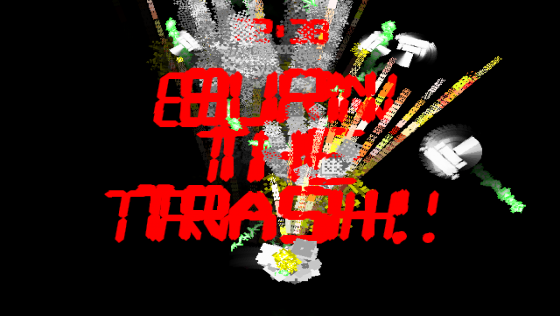 Described by its creator as 'the ugliest game ever', Cactus' latest shooter plays like a Kenta Cho game that's been run over by a bus and forced to operate in a circuit-bent Atari 2600. And we love it.

Cactus' Burn The Trash is without a doubt the most refreshing shoot 'em up I've played in years. It's been getting a lot of attention on the net at the moment, mainly due to the 'unique' visual appearance of the game (Cactus himself has said that it "might be the ugliest shoot 'em up ever made"). Backed by a speaker-popping glitch-core drum-n-bass soundtrack, the Burn The Trash game-experience is comparable to playing an Atari 2600 game on a broken TV after dropping acid and smoking way-too-many blunts - which funnily enough was one of the extra curricular activities that proved to be quite popular in my shared house back when I was a student... Ah, the memories!

First of all, and on a more serious note, this game should really come with a health warning. Please, do not play this game if you suffer from Epilepsy or any other similar seizure disorder - the strobing visuals and garbled pixelised explosions are guaranteed to mess you up. However, the rest of the shoot 'em up fans out there are in for a real treat.

Burn The Trash is essentially a simple shooter - the player controls a small fighter-craft at the bottom of the screen and has to destroy wave upon wave of enemies (trash) against the clock. There are two different vehicles available to the player, each with its own unique primary and secondary fire, and you can transform between them in-game by pressing the 'C' key. The default vehicle resembles a tank and has an ever-increasing arc of fire as it's primary weapon (for 'burning trash') and a similar blue arc of fire as secondary (for 'burning bullets'). Holding down both weapon buttons simultaneously causes the cannon to let loose a massively wide arc of fire, but this causes your weapon to overheat if used for prolonged periods (and ultimately resulting in death). Alternatively, the second vehicle looks more like a standard shoot 'em up fighter, with duel-fire as primary (which doesn't overheat as fast as the tank's weapon) and an anti-bullet laser as secondary (which *does* overheat). The second vehicle's special attack fires off a barrage of missiles towards the oncoming enemy ships, and although the missiles will not cause your ship to overheat, they do lack the accuracy of your regular weaponry. These distinctly different fighters each feel balanced with their unique weapons and alternative pro's and cons, and each will suit different type of player. 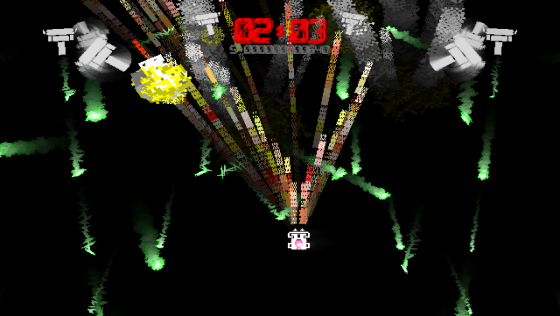 The game-play is far from complex - destroying enemies gives you extra time, using the tank's super cannon decreases time faster and contact with enemy bullets, craft or overheating will kill you. After every few waves the player is confronted by a boss encounter, and later in the game these become really challenging. There are no collectables or power-ups, which in this case is a good thing - the on-screen action is so frenetic that it's hard enough to see what's going on as it is. However, the area that Burn The Trash really excels is in the graphics department.

Through the clever use of shaders and abstract sprites the game is one of the most psychedelic, unique and visually stunning games ever released for the PC. Yes, it's ugly - with clashing colours, garbled layers of low-res sprites and over-the-top explosions, but it's equally and undeniably beautiful in it's bold garishness. It's a blast to play and the online scoreboard has already invoked a great deal of competitiveness amongst the indie-scene, reading like a 'who's who' list of the indie-gaming community and highlighting the fact that Burn The Trash is immensely popular amongst game critiques, bloggers, designers and coders alike.

The only flaw I came across (and it's down to personal preference) is with the control mechanism. This game is crying out for joypad support, but unfortunately it remains a keyboard-only affair. Also, it would have be nice to see a bit more customisation available (screen resolution, player profiles, etc.), but none of this really detracts from the the game. Burn The Trash is an indie-gaming triumph, and has further reinforced Cactus' esteemed profile as a developer of truly original games.

An indie-gaming triumph, and has further reinforced Cactus' esteemed profile as a developer of truly original games. 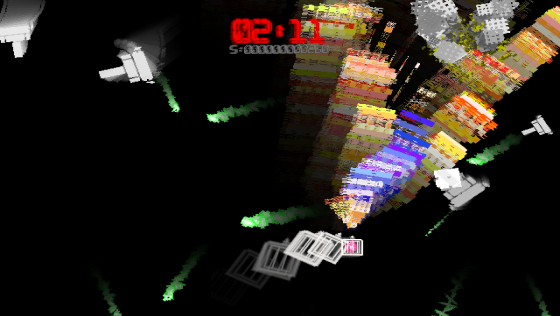 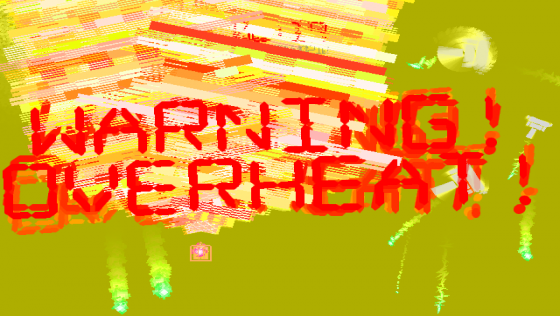