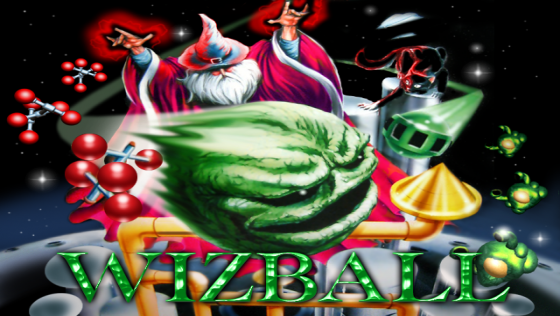 Lads, ladies, miscellaneous species, we may have a problem here. You see, this Wizball remake, going under the imaginative moniker of 'Wizball' is our last review for this special Christmas issue of RGCD. In the ensuing fight to get the hell out of the office a slight trampling incident led to me being the last to reach the door and thus the responsibility to give it a fair and balanced critical analysis falls onto my shoulders.

The problem there is, I've never played Wizball, I've barely heard of Wizball and perhaps more critically, it turns out I really suck at Wizball. So the plan here is to muddle along as best I can and hope I can rush this one to print before James spots that this review is a little light on stuff like 'Facts'.

Discovering Wizball for the first time, I load up the C64 original. And die. A lot. Then I die again. A lot. So it's time for the last resort for any self-respecting gamer, I read the manual and to save you that terrible fate, here's the salient points. 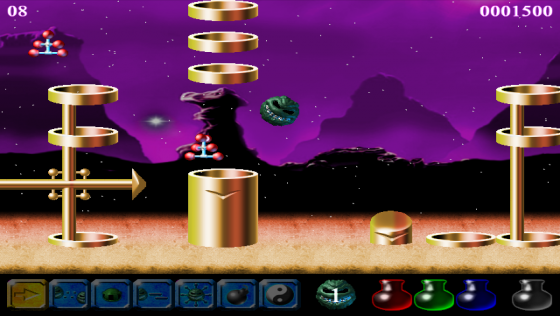 You are Wizball. You bounce around three monochromatic levels connected by pipes. By destroying enemies you earn bonii such as shields and a little helper robot cat thing. Said robot cat thing can pick up the drops of colour that fall from some enemies, enough of that and you colour in the whole level. The three 'levels' in each section represent the green, red and blue to create a full colour environment.

In that respect it's brilliantly simple and the power-ups, the most desirable of which (after the cat) allow free control of the ball, are well chosen. It's also seriously, seriously rock hard. Your initial tactics are bouncing around the level as slowly as possible with virtually no control in an attempt to just get enough power ups to turn it into a normal shooter. This done you'll venture in the more dangerous sections to blow up some of the coloured pods, ready to catch the drops with the cat.

I felt I now knew enough of Wizball to boot up the remake, reasoning I'm perfectly capable of getting blown up in glorious hi-res. And glorious it is, the animation is spot on, the graphics some of the most beautiful 2D I've ever seen and in fact everything looks like the original version, but better. The same is true of the sound, only with hearing rather than looks.

In fact, it's such a perfect remake that there's almost nothing you can actually say about it in a review. I'm actually stalling here because I do have a couple of slight downsides and I think they need to wait for at least a paragraph's worth of constant praise lest you get the wrong idea and think this is anything but brilliant.

There, that should do it. So, slight downsides include the controls for cat, which follow the original's method of 'Hold down fire to move him'. It would be nice to be able to either use separate keys (as the readme says you can) or even better, support a control pad with two sticks and use one for each. Configuration for stuff like lives would also be good.

If you loved Wizball, play this. The animation is spot on, the graphics are some of the most beautiful 2D I've ever seen and in fact everything looks like the original version, but better. 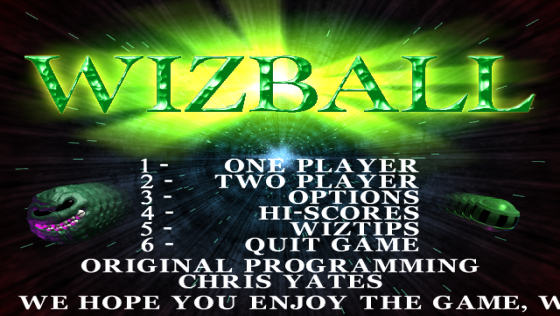 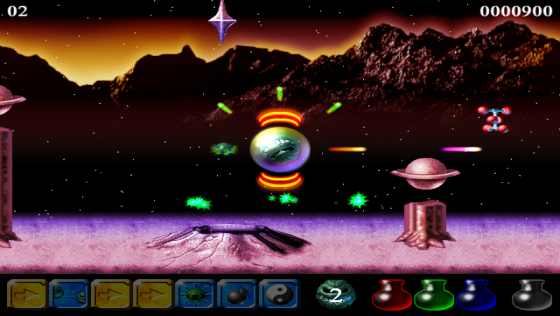