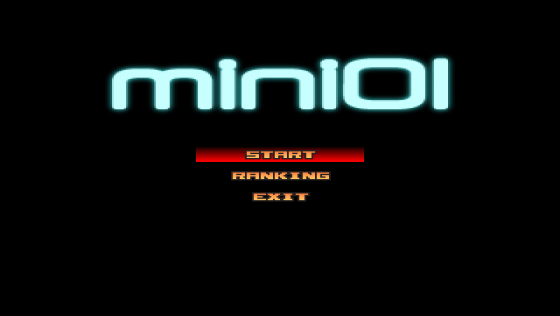 The first in a mini-game series? We hope so...

Casual or Coffee Break gaming - two descriptions that immediately bring to mind the scores of bland match-three puzzle games that are available for the PC. However, match-three clones needn't remain the face of casual-gaming - as is adequately proven by Buster's most recent offering.

Buster should be a familiar name to those of you who pride yourselves as indie-gamers, being the author of the critically acclaimed 'Guardian Of Paradise' and 'Akuji the Demon'. As you may have already guessed from the title, mini01 is the first in a collection of mini-games to be released by the respected Japanese developer, and it's a great little debut for the series.

Upon loading up the game the player is presented with a simple and clean menu screen, and after a press of the fire button (or spacebar on the keyboard) you are thrown straight into the action. mini01 is a simple, single screen affair - your goal being to stay alive and rack up as many score points as possible. Controlling a typically cute player sprite, the premise of the game is to destroy the downwardly falling enemies by hitting them with your trailing tail. As with most score-attack games, enemies dispatched of in quick succession result in chains and higher points being awarded - but you have to be careful, as contact with any of the non-player sprites results in immediate death (there are no lives or second chances here!). The action starts off rather sedately but soon becomes chaotic, with dozens of blue enemies and non-destructible spike-balls falling from the top of the screen at once. The secret to success to remain under the cover of your tail, but as things heat up it becomes increasingly difficult to maintain this strategy.

The game is slickly presented with suitably chirpy music and, whilst minimal, the pixel art is gorgeous. mini01 makes a perfect distraction from work and its easy-to-pick-up game-play is both addictive and endearing. The only downfall to the game is the recent closure of mini01's score server - it was only up for a couple of months and was one of the game's most attractive features. However, this may well be a sign that mini02 is soon to be released, so it's not all bad.

In conclusion, mini01 is a great example of a simple idea executed well. The game has lost some of its appeal with the closure of the score server, but it's still highly playable and an encouraging opener for Buster's mini-game series.

A perfect distraction from work and its easy-to-pick-up game-play is both addictive and endearing. 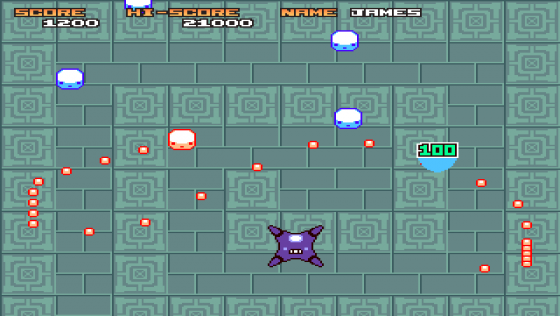 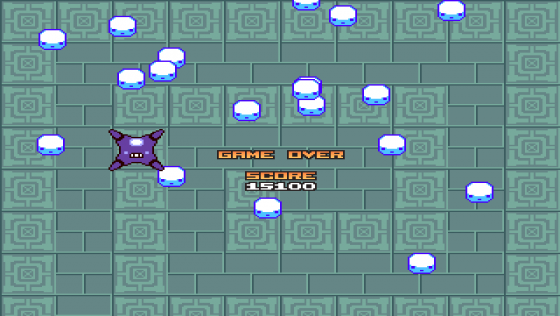 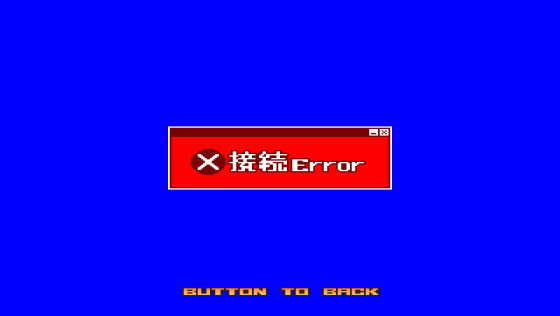