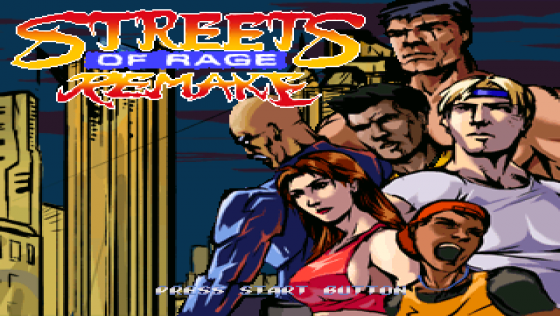 The ultimate tribute to the Streets Of Rage/Bare Knuckle series and the remake against which all future homebrew releases will be judged.

Before starting this review I have a confession to make. Streets Of Rage Remake was originally proposed for featured game status in this issue - it is undeniably one of the best fan-made game remakes released to date and has received high acclaim from gamers across the globe. However, although SORR is clearly a better game, we decided to award this issue's feature-accolade to MXC partially due to the huge amount of attention that Bomber Games' opus has *already* received - essentially we felt it would be a wiser move to promote another game that may have been overlooked by our reader-base. After all, most of you probably have the game installed on your PC and know how great it is already - and if you don't, then quit reading this and install it now! Having said that, if version 5.00 had been released prior to typing this then things could have been very different...

After reading the extensive four-page project review printed in issue 36 of Imagine Publishing's Retro Gamer magazine, I freely admit that there's very little to say about Streets Of Rage Remake that hasn't already been covered. It's true - Bomber Games have undertaken a project of monumental proportions and have successfully created the ultimate tribute to the classic Streets Of Rage/Bare Knuckle series. As well as including all of the original game scenes, characters and fight moves (lovingly recreated and enhanced), additional features include a 'One-Player & CPU' and two-player 'Battle' game modes, as well as the un-lockable mini-games 'Survival' (where you have to defeat waves of boss-level characters without losing a life), 'Flag' (a two-player mode wherein you fight for possession of a flag) and of course, 'Volleyball' (which is, as you can imagine, a two-player volleyball game). Not only that, but Bomber Games have made the game highly customisable, complete with a comprehensive menu system and the ability to tweak almost every element of game-play; if you want to use guns dropped by enemies, now you can - and similarly there are settings for dismemberment, removing the game timer, death types, and so on. This level of customisation is the future of remakes and SORR has set the bar by which future re-workings of classic franchises will be based - official and otherwise. 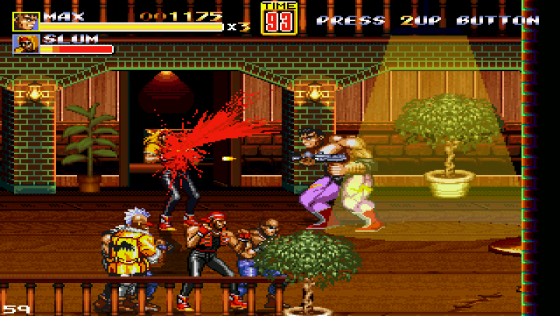 However, and no doubt it's due to the sheer size and complexity of the game, Streets Of Rage Remake is not without it's flaws. First and foremost, it isn't actually 100% complete - Bomber Games are currently in the process of working on version 5.00, which by all accounts will fix many of the existing problems. Although the game has been coded from scratch and the engine is rock-solid, it's not yet totally devoid of bugs - and the current omission of support for more than one joypad has to be considered a major failure. This may seem a little harsh, but when you consider that the game is *so* close to perfection, silly little blemishes like this really stand out.

Everything about SORR is commercial quality. The remixed audio suits the game perfectly, the graphical enhancements are stunning and the added player moves and other game-play adjustments have resulted in the game being so much more than the sum of it's parts. But it doesn't stop here - the current WIP version also introduces many new stages, characters and further enhancements to the game, all created to fit in seamlessly with the classic Streets Of Rage design.

In conclusion, with Bomber Games' massive user fanbase, SORR version 5.00 must be one of the most eagerly anticipated homebrew games of all time and if you are unfamiliar with the project then the current build is guaranteed to whet your appetite for more. It's an awesome homage to the Streets Of Rage franchise, and quite possibly the best homebrew game that I've had the fortune to experience. If it wasn't for the bugs, it would receive a near perfect score.

As someone who had previously never played Streets of Rage, my only benchmark for the game was playing the excellent 'Cadillac's and Dinosaurs' via MAME. After about 15 seconds it was clear that SORR is far and away a better game than C&D and is one of the most fun games I have played in a long time. It's true that the immense level of customisation is quite daunting, but it really is what sets this game apart from its peers. I honestly cannot think of anything they could add to make this game better. As James has said, stop reading, get it loaded and then send us an email telling us how right we are! (Or even better, email Bomber Games to thank them for all their work - JM)

One of the most fun games I've played... I honestly cannot think of anything they could add to make this game better. 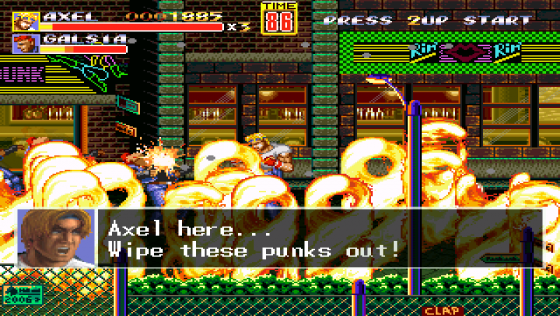 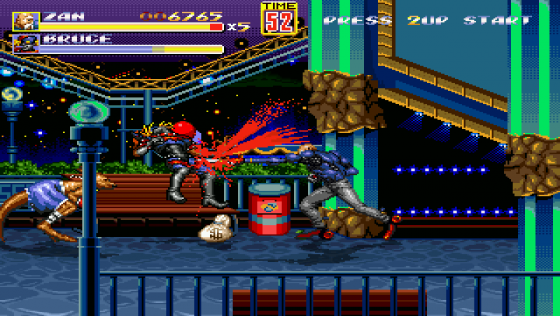