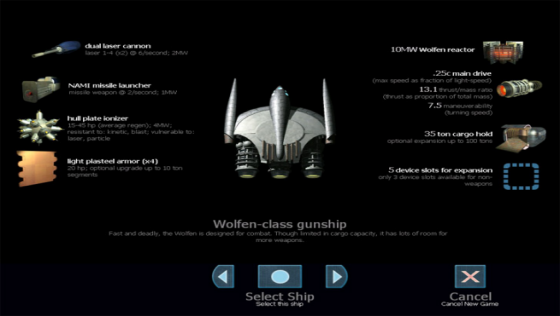 David Braben's Frontier: Elite 2 was the first computer game to really blow my mind. A fan of the original Elite, my first impressions on playing the sequel were of pure wonder and amazement; somehow David had seemingly squeezed our entire galaxy onto a single 880KB Amiga floppy disk. Unlike the original, the basic physics were realistic (so much so that they actually deviated from the players enjoyment - but more on that in a bit), and as far as I'm aware it remains the only space-sim in which you can fly throughout an entire solar system, performing orbital slingshots and landing manually on planet surfaces wherever you want all in real-time and without being interrupted by any loading screens.

However, after many hours of playing it suddenly became apparent that for all it's bells and whistles, Frontier wasn't actually that much fun to play. The space combat essentially involved repeatedly playing 'chicken' with the dismal A.I. controlled ships (who often crashed straight into you, crippling your ship and killing themselves in the process) and the realistic distances between stars and planets left space feeling rather dead and empty. The huge bulk cruisers and cargo ships are forever parked beside the personality-lacking and identical space stations, and for a game containing an entire galaxy to explore Elite's sequel held very few surprises. Life in Frontier space was actually quite dull.

Several years later I encountered Toys for Bob's epic Star Control II on the PC. It was immediately apparent that this was a game far more suited to my George Lucas-fuelled juvenile vision of life in the cosmos, with its strong space opera storyline and exciting alien civilisations. Unlike Frontier, all the tedious physics of space travel are conveniently ignored and Star Control II has a much faster pace as a result. The fantastic arcade style combat sequences are really enjoyable and the enemy A.I. is light-years ahead of that demonstrated by Elite II's mindless kamikaze pilots. If you are unfamiliar with the original I strongly recommend that you check out the recent remake for modern systems - 'The Ur-Quan Masters' is superb. 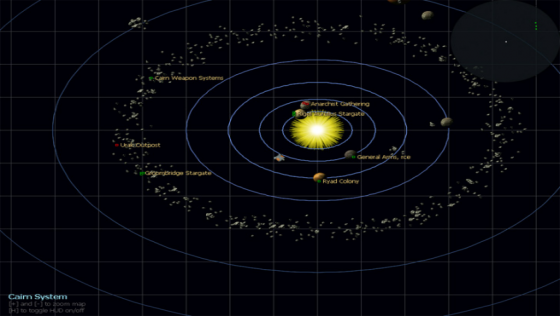 Since those halcyon days of home computing I've been fruitlessly searching for a game that successfully combines the free-roaming rogue-like nature of Frontier with the simple, lively and enjoyable 2D universe of SCII. Finally, and thanks to the efforts of George Moromisato, I think I've found it in Transcendence.

Based in the far future (2419 to be precise), Transcendence features an extensive and detailed back story. Starting at the end of the 21st century, a manned mission to identify a gravitational anomaly within the Kuiper belt reveals the source to be an ancient yet fully functional alien stargate - one node of a huge interstellar network. Three centuries later (and after human colonisation of many star systems and an apocalyptic war resulting in the annihilation of Earth) contact with an alien race called the Iocrym is made. It turns out that the Iocrym visited our planet many millennia ago, and upon discovering multi cellular life they closed the stargate in our solar system to prevent our evolution from being spoiled or corrupted by other civilisations. Finally, before leaving human-space the Iocrym declare that the Ancient Races will return to initiate Humanity as a new member of the Galactic Community. Unfortunately, we soon discover that following these discussions the Iocrym have once again quarantined human space and are guarding the stargates out into the rest of the Galaxy. The only reason the Iocrym give for doing so is to protect Humanity from some unspecified threat beyond our explored region of space.

The game starts with your character being summoned to travel to the galactic core and break through the quarantine that the Iocrym have placed upon humanity. So begins your epic journey across the stars. 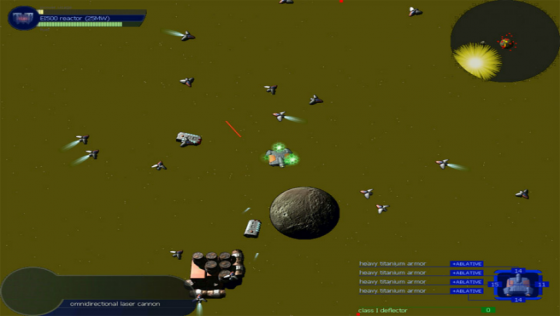 To be fair, Transcendence owes more to rogue-likes such as NetHack than to Frontier or Elite. The gameplay essentially revolves around exploration, combat, looting, and upgrading your spacecraft to face the increasingly powerful foes you'll meet as you travel deeper towards the galactic core. Also, another rogue-like feature is that the player universe is randomly generated at the start of every game, massively adding to Transcendence's longetivety. Throughout your quest you'll encounter strange devices, ROM chips and canisters, the purpose of which can only be discovered via trial and error - if you're lucky you'll significantly upgrade your ship's defences or weapon systems, whereas on the flipside of the coin you might scramble your display computer and end up flying blind or flood your cargo bay with industrial acid. It's all great fun.

As with Star Control, proper space physics are ignored (you can happily travel across the entire length of a star system in a matter of minutes) and combat with the huge variety of enemy craft involves classic arcade-style dog-fight tactics. Thanks to the 2D nature of the game and the countless enemy wrecks, derelicts and other debris scattered across the star systems, you can even effectively use cover against your attackers. Amazingly, George has successfully and single-handedly incorporated one of the best combat systems that I've yet to experience in a space-sim.

So what else does Transcendence do right? First up, and unlike many other similar games, looting doesn't merely involve collecting cargo pods following the destruction of enemy (or friendly) craft - you can actually dock with spacewrecks and strip out all of the surviving contents (both working and damaged) to use in your own ship or sell on at a trading base for profit. Also, the escort missions where you defend trade shuttles and cargo craft against pirates are a great laugh thanks to the competent A.I. - an accomplishment in itself, as these are often the most annoying and tedious parts of other space 'em ups. Got a ship full of broken weapons, armour and radioactive waste? Take it to one of the many industrious 'Tinkers' living in the backwaters of space and pay them to create some custom weaponry for you. Want to earn some fast cash? Participate in an arena battle against a series of increasingly dangerous space gladiators. The list goes on and on; asteroid mining, black market trading, combat with capital ships and huge space fortresses, robotic wingmen, scavenging space nomads, the game has them all.

In fact, the only drawback is that the game isn't actually complete and probably won't be for some time yet - after all, we are talking about a game developed by one person in their free time. Having said that, version 0.98D is essentially a fully playable game, although it only features half the proposed star systems and ends after you've beaten the Iocrym guardian in the heretic system (unlocking the stargate to the rest of the galaxy). What lies beyond will remain a mystery until a further instalment in the Transcendence universe, but from what I've seen so far I'm sure it'll be worth the wait.

When James asked me to write a second opinion on Transcendence, he compared this new indie freeware game to Star Control II and Nethack, and then shockingly suggested that if someone/anyone appreciated the aforementioned classic titles then he/she/it would most likely love Transcendence too.

Now, the first question I'd have to answer is do I love Star Control II and Nethack? Well, that's a firm "I love SC2 and want to have its kids" and an "Nethack is pretty much OK as far as these things go, but I don't have the time anymore". Second question; did I enjoy Transcendence? Immensely so, from the outset it was simple and shiny enough to quickly hook me and deep enough to severely cut on my sleeping hours. What's more it actually adds quite a bit of Elite to the SC2/Nethack mix and that's just wonderful. You really have to try this indie gaming gem.

Adds quite a bit of Elite to the Star Control II/Nethack mix... Just wonderful, you really have to try this indie gaming gem. 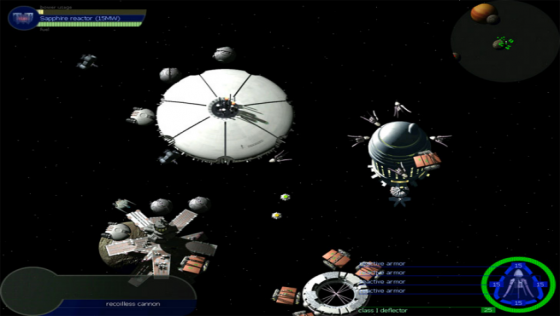