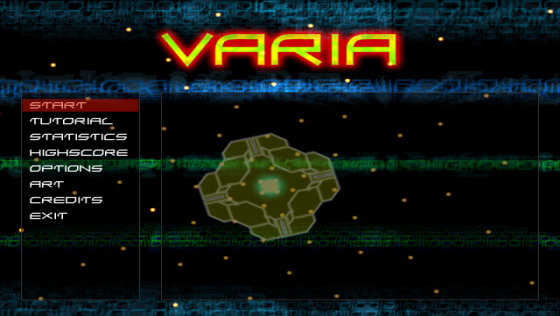 There was a time in the not-so-distant past when you'd be able to recognise a Game Maker production from a mile off, with 95% of the games developed in the language featuring either ripped or amateurish sprites, piss-poor presentation and uninspired game-play. However, and thanks to people like Karios and Cactus, there's recently been an influx of original, high quality GM releases that really push the limitations of the engine and prove its worth as a viable development tool.

Specifically designed and coded as an entry for round two of the SHUMP-DEV 2007 competition, Karios' Varia is innovative with its use of 'options' - those little satellite weapon modules often seen in the shoot 'em up genre (Gradius and R-Type being obvious examples). Karios decided to integrate multiple options with a similar control method as that used in Gradius V; by default the collectable power-up satellites ghost your movement, but you can also fix their relative positions so that you can effectively create defensive or attacking formations around your craft. However, the main difference between Varia and its peers is that your options can absorb any of the wide variety of enemy bullets, enabling you to use them against your aggressors - and this is where Varia really shines.

Another area in which Varia excels is its flawless presentation, with neon abstract graphics and an electronic soundtrack that wouldn't be out of place in a Kenta Cho production. In fact, although the game may appear underwhelming in the screenshots, in motion it really is a thing of beauty - the boss explosions are awesome and there's so much going on in the background (in addition to the waves of enemy craft and flak) that I genuinely find it hard to believe that this was put together in what is in reality quite a limited development platform.

So what's it like to play? Well, in all fairness I'd say it's a bit difficult - at least until you get used to handling the options effectively. Karios has been considerate enough to include a basic tutorial and a detailed playing guide, but I still struggle to get much further than defeating the first level boss (either I'm just crap or getting too old to cope with more than 20 sprites on screen at once). Varia certainly isn't a bullet-hell shooter, but there are a lot of deadly projectiles to avoid and it's clearly a game aimed more at the new school of hardcore shmup players rather than people like me who can just about cope with playing Xenon and Uridium on 16-Bit machines. However, even though I was beaten time and time again, I never felt cheated by Varia and I certainly enjoyed the experience enough to keep on playing until I finally managed to get halfway through the second level - after all, it seemed unfair to attempt to write this review after only seeing about 25% of the game.

Karios has succeeded in creating a balanced weapon system and a game with a steep, but fair learning curve. The tried and tested multiple power-up method has been lifted straight from ChoRenSha 68K, and Varia also features a colour-chaining score bonus system; in short, the game has a lot of depth for a shoot 'em up. However, Varia isn't without its flaws; the game is screaming out for gamepad support (and no, I'm afriad that recommending the use of joy2key doesn't cut it with me) and upon quick-exiting via the ESC key the game has a nasty habit of resizing all of my active windows to Varia's native resolution. That said, please don't let my personal gripes dissuade you from installing the game on your machine and giving it a blast - especially if you're a shooter fan who enjoys a challenge. After all, there's a good reason why this won the SHUMP-DEV 2007 competition by a clear margin...

There's a good reason why this won the SHUMP-DEV 2007 competition by a clear margin. 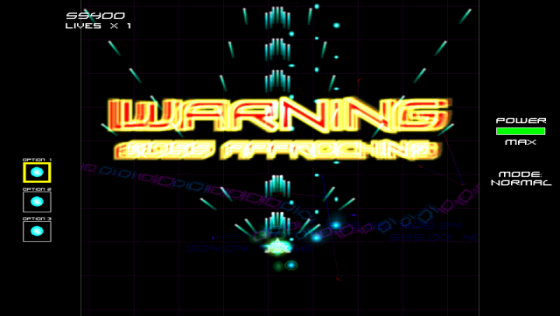 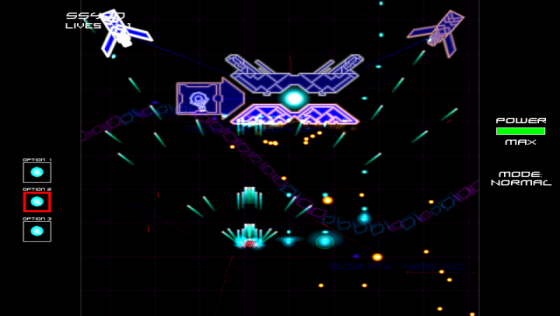 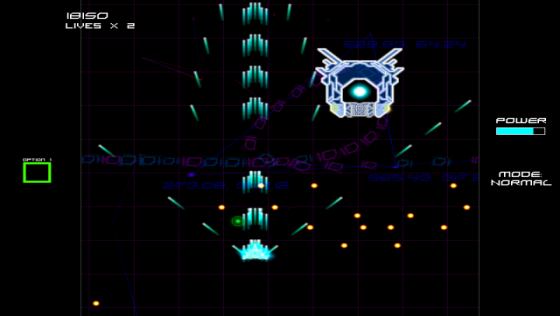