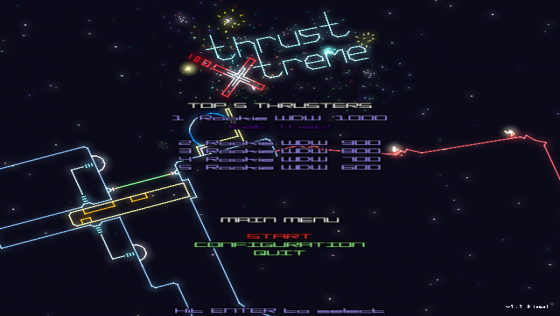 The only version of Thrust you'll ever need!

Debuting on the BBC Micro and Acorn Electron, the original Thrust (coded by Jeremy Smith, co-author of Exile) became an instant classic and was ported across to practically every other machine available in the 1980's, including the C64 (the version which is most widely known), ZX Spectrum, Atari ST and even the Vectrex and Atari 2600. Loosely based on the Atari coin-up underdog Gravitar, Thrust is a gravity-based shoot 'em up in which the player must carefully pilot their craft down into a series of progressively complex mine systems, retrieve Klystron pods (which attach to the craft via a tow-rope) and fly back to outer space.

Although Thrust is admittedly a very difficult game to master (requiring tremendous dexterity and nerves of steel to complete), its massive popularity was mainly due to the realistic physics and pixel-perfect collision detection - both of which were essentially revolutionary for the time. The original game featured only six levels, upon completion of which the game would restart but with gravity reversed. If the game is completed a second time, gravity is returned to normal but all the walls were rendered invisible (apart from whilst the player activates their shield). Predictably, on completion in this mode the player is then faced with reverse gravity and invisible walls - a near impossible feat for even the most hardened Thrust veteran.

Back in 2001, Wiebo de Wit released a shareware PC update of Thrust entitled Thrust Deluxe, featuring the original six worlds as well as an additional six new 'Deluxe' levels. This acclaimed remake (which is essentially very similar in graphical style to the original) also included a few extra game elements, such as pilots to rescue, destroyable walls and defensive lasers, which proved to be popular new additions amongst the game's fan-base. Not satisfied with his first remake, Wiebo has recently given the game another massive over-haul and released the awesome Thrust Xtreme.

Using the same graphics engine as his recent Geometry Wars clone Grid Assault, Wiebo's latest incarnation of Thrust is quite simply the best currently available for modern systems. The new graphical face-lift has given the game a timeless and unique future-retro feel, and although the game may not feature a huge number of new game-play elements (aside from the four new Xtreme levels), Thrust Xtreme has been commendably released to the public as Freeware, making it a must-have for any gamer. Not only that, but Wiebo has also made the comprehensive world-editing tools freely available so that you can create your own level packs for the game - another valuable addition to what is already an excellent release.

Complete with the added joypad support and a plethora of in-game options and settings, Thrust Xtreme is without a doubt the definitive remake of the classic game and is more than worthy of a place on any retro-gamer's system.

The game may not feature a huge number of new game-play elements... but it's still a must-have for any gamer. 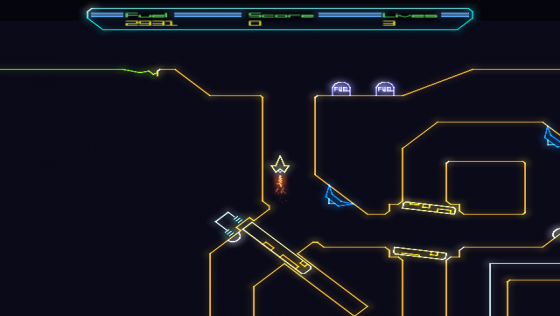 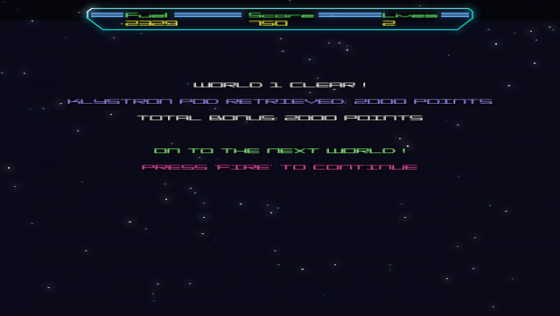 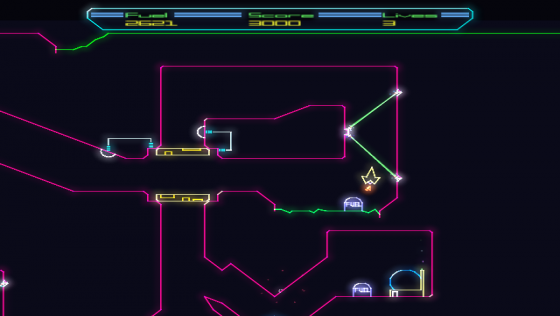