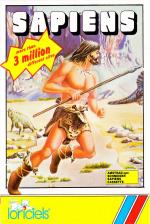 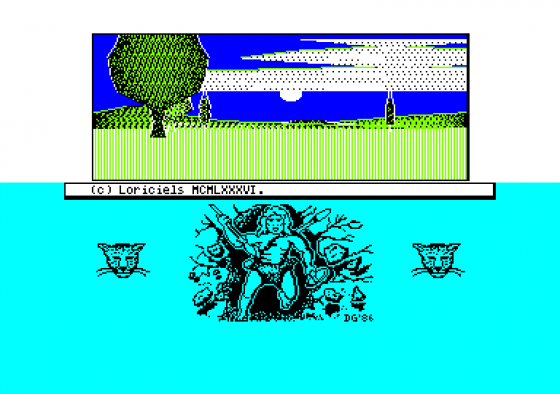 100,000 years ago, the sun rose on a new day. The day that you. a member of the Agile feet tribe, set forth from your home to save the tribe from extinction. To save the tribe you must hunt for food, fight, and possibly even tame, wild animals and seek for tribes to ally with you in the struggle for survival.

The playing area is split into two main areas; your view of the surrounding landscape and an action menu. In between the two, there's a message window where speech and status messages appear. In the action menu is a list of commands that you select from keyboard or joystick. 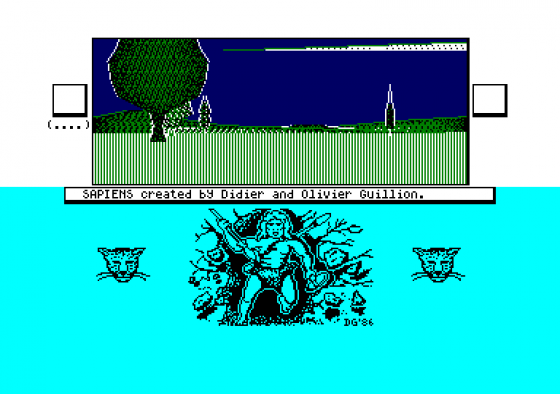 Commands available are: sapiens, health, take, put down, say, give, look, consume, tend with, sleep and make. The sapiens command allows you to select the sex and name of your character and also to save or load the game. Take and put down allow you to use objects. A sub-menu appears to let you select the object. You can also interact with other characters via the say command.

The look command is split into four options: landscape, lateral view, panorama and map. The map option gives you a pterodactyl's eye view of the landscape. The consume, tend with and rest commands let you eat and drink, heal yourself and rest respectively. Finally there's the make command that allows you to make a spear or stone axe from flints.

As well as humans wandering around earth you'll also bump into animals. Wolves are also short of food and will attack you when ever they can. Bears too have begun to hunt man. There's also simpler food to kill like rabbits and chickens. 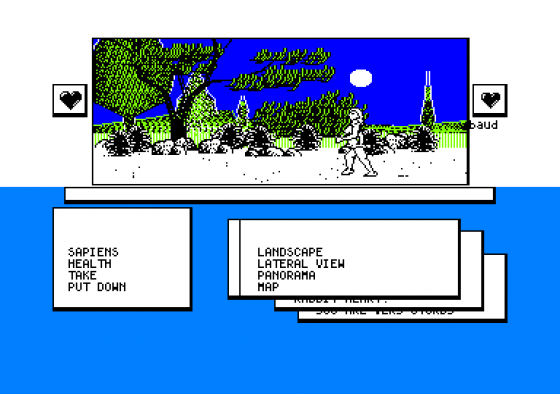 The graphics are not excessive on colour, but there is good detail on everything. The animation is good in the walking sequences, but the fight sequences are jerky and not as effective. There's a nice tune that plays on the menu screens. Sound effects are infrequent, but classy when they do occur.

This is a very difficult game to describe because it's not so much a game that you complete, more like one you continue surviving. A lot of time is spent in trying to find water and food to keep yourself alive and for this reason you could find it boring, but it's worth a look to make the decision for yourself.

It plays just as well in green as it does in colour.

Grab Factor 68% P. After a while you begin to understand what's going on. N. Initial confusion may put you off.

Staying Power 77% P. Not a game you complete, more one that continues for as long as you want to. N. A lot of time is spent wandering around doing nothing.

Overall 74% P. An original idea for a change and it's executed well.

An original idea for a change and it's executed well. 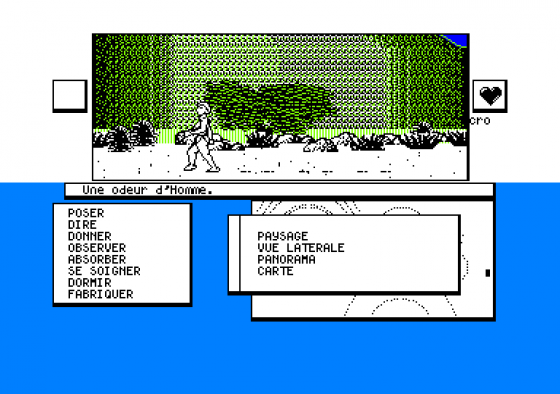 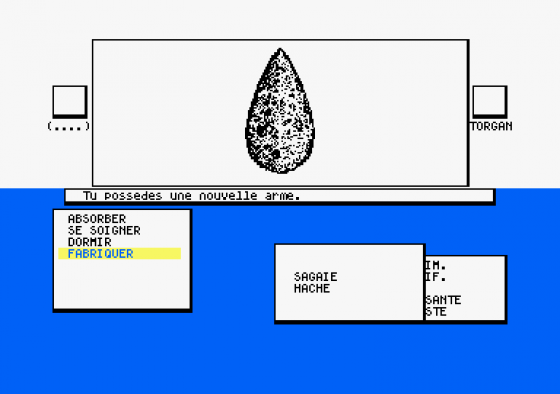