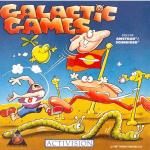 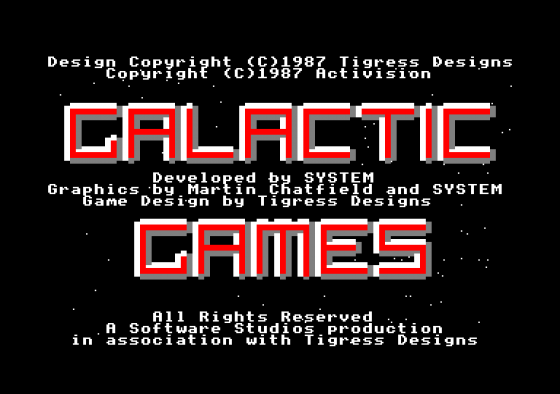 The first event on the list is the 100m Slither. In this, you control a racing worm who has a maximum of 70 seconds to complete the course. Control is in the joystick waggling tradition of Decathlon.

Next comes Space Hockey, in which you control one of two eyes that move around a large playing area. There's also the puck that frowns whenever he's hit by one of the players. 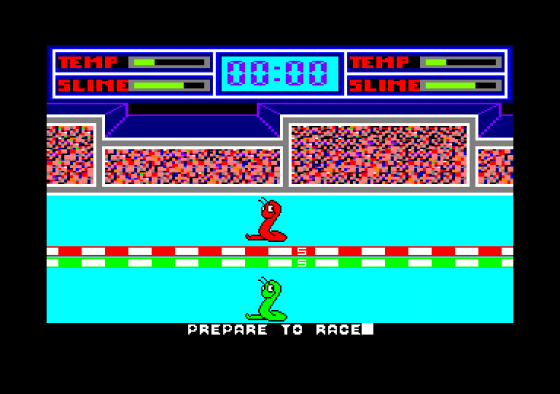 In Psychic Judo, you see a representation of you and your opponent. Both of you hurl bolts of mental energy at each other which you have to deflect; failure to deflect means that you lose some of your energy.

Head throwing is basically the javelin with a difference, the difference being that you run up to a line and throw your head instead. While your head's in the air, you can waggle the joystick to make your ears flap and your head will then travel further.

Finally, there's the Metamorph Marathon in which you have to negotiate an obstacle course within a time limit. You have five forms that you can take on: rest state, runner, burrower, jumper and flyer. 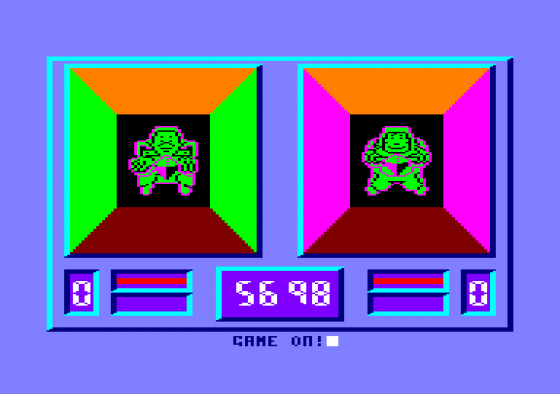 The graphics are very pretty and colour is used well. The presentation of the game is very good and the little eye that prints out the message looks nice. The sound effects are well done but there are no tunes.

This is basically a compilation of five different games with the only connection being the silly futuristic setting. It's well-packaged and the games are fun to play, but I was left with the feeling that younger players are more likely to enjoy this than someone looking for a lasting challenge.

This is the sort of game that sounds great in concept - wacky alien sporting events - but isn't so good in execution. The events lack depth and for the most part are good for about one smirk before you're bored. Not likely to set anyone's pulse racing. 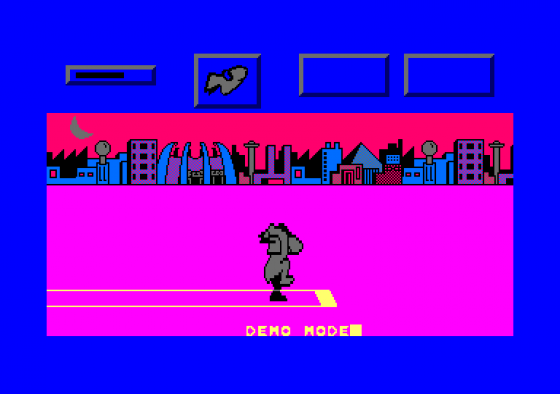 It loses a lot of appeal in green, but there's no problem seeing the action.

Graphics 68% P. Humorous and well-drawn graphics on all events. N. Backgrounds are dull.

Grab Factor 62% P. Five different games for the price of one. N. None of them is particularly rivetting.

Staying Power 54% P. Events can take some mastering. N. Once you've won all of them you'll probably only play with two players.

Overall 57% Too simple to interest you for long.

Not likely to set anyone's pulse racing... The events lack depth and for the most part are good for about one smirk before you're bored. 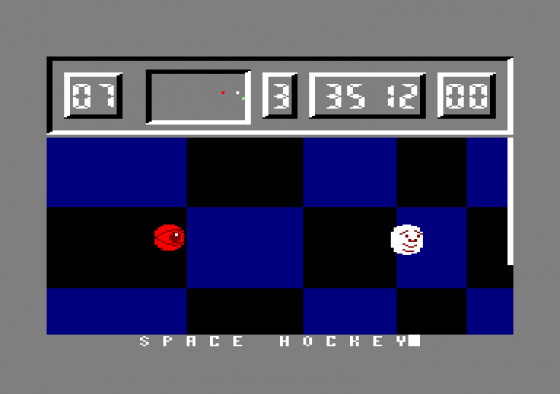 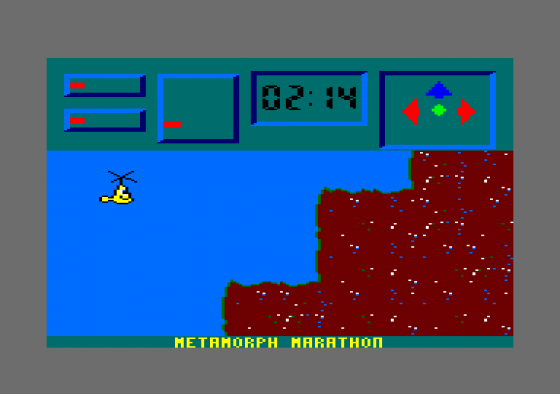