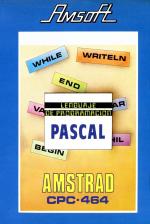 One for the Amstrad, to improve the capabilities of you and your micro 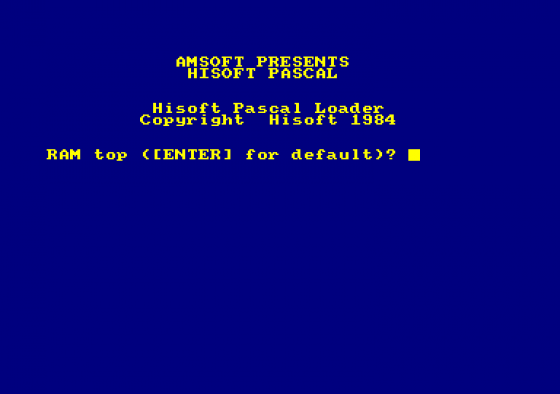 This implementation of Pascal is supplied on cassette and is accompanied by a handbook.

The book is primarily an insight into the features particular to this version of the language. Like most other computer languages, there are numerous dialects and the handbook does not set out to teach you the langage.

Separately available is the Tutorial Guide to HiSoft Pascal, devoted to teaching this version of Pascal:

Loaded by pressing CTRL/ENTER, the cassette writes the Pascal as a resident foreground RAM program.

After being compiled and translated (both options at the press of a key), your complete program can be saved to cassette in machine code.

More excitingly, after returning to the Basic start-up screen, the machine code program can be loaded with CTRL/ENTER. Your program is then RUN when all the speed and security of a professional program!

The Pascal language is decidedly more difficult to master than Basic, especially for newcomers to computing. Nevertheless, experienced computer linguists will find Pascal an exciting and worthwhile addition, ideally suited to a wide range of applications.

Routines are defined as Functions and Procedures that are either user-defined or pre-defined within the language, like READ and WRITE, the main Input and Output Procedures.

Herein lies the major strength of Pascal. Think of it as a vast extension to the Basic command DEF, and the powerful composition of a Pascal program becomes apparent.

The program is built in blocks, each one able to access others which again can call further blocks. The main control program designates the sequence in which the other Functions and Procedures have to be accessed.

It follows therefore that programs have to be designed from the top down. With the main control part being written first, all the Functions and Procedures can be written later. This makes for comparatively simple program design.

Accompanying the Pascal language program is a HiSoft Turtle Graphics program on the same cassette.

The Turtle is loaded using CTRL/ENTER whilst the Pascal program is resident. A short and ludicrously inadequate demonstration program is included. Removal of this demo releases space for the example listings to be typed into RAM. There is nothing to enthuse about here either.

With only a few command words to understand and a clear explanation of each in the handbook, writing worthwhile programs it the next step after mastering Pascal.

Incidentally, a listing of the resident Turtle Procedures can be sent to either a Monitor or to a Printer, where all will be revealed. An analysis of the numerous user calls is contained in The Complete Firmware Manual (Soft 158).

Experienced programmers looking for another language will find plenty of power in this pricey package.

Experienced programmers looking for another language will find plenty of power in this pricey package. 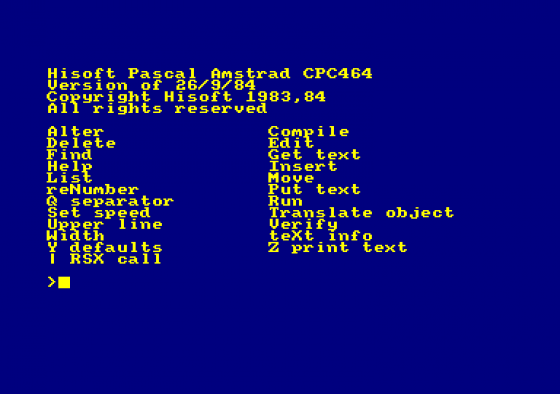