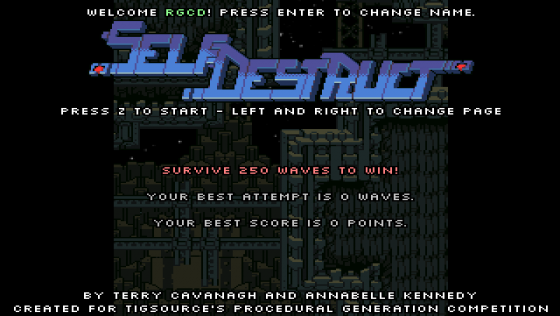 2008 really was a great year for the indie gaming scene, wasn't it? The proof is in the pudding with Terry Cavanagh's superb procedurally generated arcade shooter.

Although I have a reputation for getting overly excited at the release of just about any arcade-style blaster that features retro pixel art and authentic chip music, Terry Cavanagh's Self Destruct really is a genuinely exceptional shoot 'em up, and (in my opinion) one of the stand-out indie titles of 2008. Originally developed for the TIGSource Procedural Generation competition (in which it achieved a respectable 3rd place out of an astonishing 60 entries), Self Destruct differs from the majority of it's peers within the shooter genre in that it confronts the player with a unique challenge in every game; each of the 250 attack waves are selected at random, resulting in a relatively unique game that requires seriously hardcore gaming skills to conquer.

Truth be told, Self Destruct isn't wholly ground breaking as there are other similar games that feature a degree of random content (although not on this level), but to date I've not played one as well-balanced, intelligently designed and ultimately fun as this. In fact, the last time I enjoyed playing an indie shoot 'em up as much as Self Destruct was when I first encountered RGCD favourite Cho Ren Sha 68K ten years ago!

That's a bold statement to make (as anyone whose played CRS will agree), so why has Self Destruct got me so loved-up? Well, it's probably due to a combination of factors; the neck-breaking speed of the game (250 waves may sound like a lot, but each one rarely lasts more than a few seconds), the balanced shield/weapon power relationship (absorbing certain shots with your shield upgrades your weapon power, encouraging risk taking), the extremely generous number of power-ups and collectables that are left behind following the decimation of an entire screen of enemy ships, Annabelle's convincingly retro SNES-like artwork (with multi-layer parallax scrolling), the superb soundtrack from Dubmood and authentic early 90's-sounding arcade sound effects/sampled speech - and then there's the all-important (and incredibly hard to attain) 'one-more-go' addictive game-play - all of which is neatly wrapped up in a well-presented package complete with in-depth instructions and a (now nearly impossible to enter) online score table. It's pretty much the perfect coffee-break shooter, which is exactly what I need when labouring away on an intensive project like RGCD. 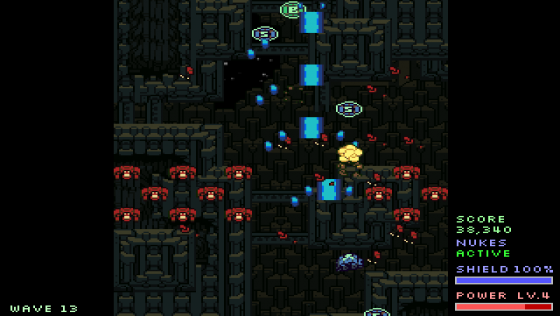 However, there is a little room left for improvement in the current build, but thankfully Terry already has plans to significantly add an impressive list of enhancements in the forthcoming final version, including a much-needed offline mode (currently the game requires an internet connection to play), joypad control, in-game play recording, Japanese character support for the scoreboard and a few other minor cosmetic improvements. It would be nice to see the addition of a proper attract sequence (maybe the addition of the proposed replay feature will make this possible), but aside from what he already has in the works I can't really think of any other feasible extras that could make the game any better than it already is.

Self Destruct is very, very difficult, but as the order of attack patterns varies each time you play you get a genuine sense of achievement when you progress further through the game - it's reassuring and a refreshing change to know that your skill is actually improving in contrast to you subconsciously memorising the enemy formations. Some players may consider Self Destruct to be a little too limited in concept - but that's a criticism that could equally be made of most of the genre's classics, and when the result is as fun to play as this I quite frankly don't care. Terry should be applauded for his contribution to the shoot 'em up genus, and his ability to judiciously balance and design a game has left me with incredibly high hopes for Distractionware's forthcoming releases.

(Since writing this review Terry has compiled a separate offline version of Self Destruct for use on PCs without an internet connection. Thanks!)

Should be applauded for its contribution to the shoot 'em up genus. The ability to judiciously balance and design a game has left me with incredibly high hopes for Distractionware's forthcoming releases. 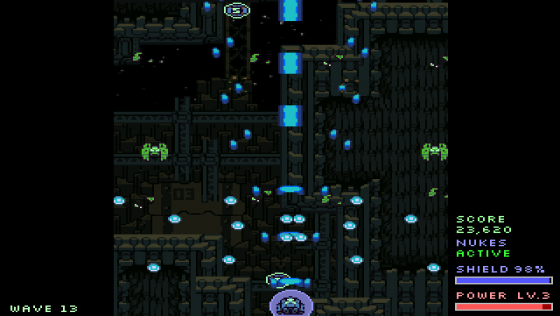 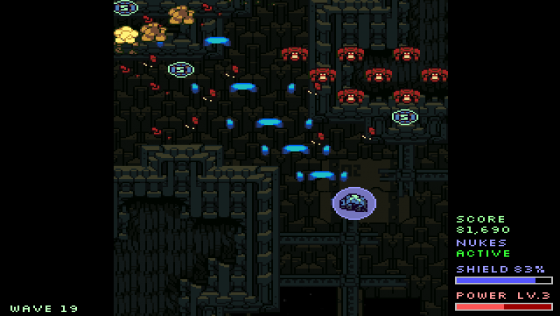 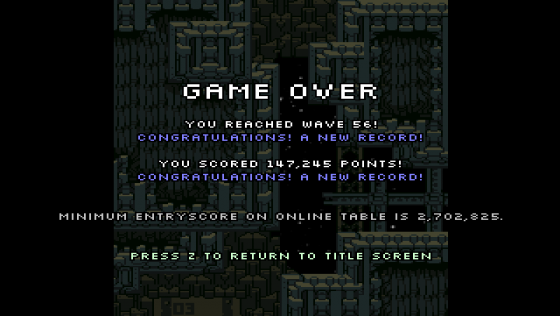