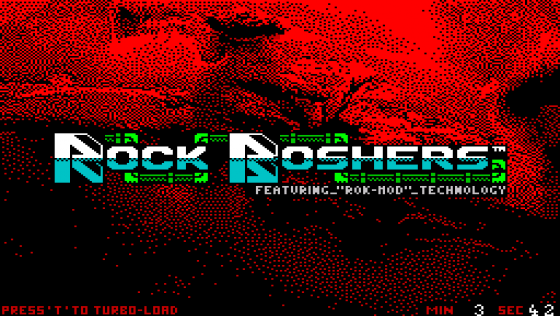 Arguably another game that should have received Featured status, Rock Boshers is Red Faction demade in the style of a ZX Spectrum game with a Victorian steampunk setting. Genius.

As some of you may be aware, the twisted minds at TIGSource regularly organise bizarrely-themed independent game-development competitions, and Rock Boshers was one of the stand-out (yet unfinished) entries in their recent 'demake' compo. For those of you unfamiliar to the strange (and recently coined) phenomenon, de-making involves taking a recent game and trying to remake it as if it was created for an earlier system; scooping out the still-beating heart of a current-gen release and surgically implanting it within the cadaver of an 8 or 16-Bit machine, stripping the visuals, audio and game-play right back down to the basics in the process. The results of the competition were impressive in concept, with conversions of Guitar Hero for the NES, REZ for the Amiga/Atari ST, Wipeout for the Vectrex - you get the idea. Dugan chose FPS underdog Red Faction as his inspiration for a Spectrum de-make; a 2001 Mars-based sci-fi game with the unique selling point of featuring 'GeoMod Technology' (basically a fancy way of saying that you could blow up certain walls in a semi-realistic manner).

Rather than observing the specific details of its spiritual father, Rock Boshers uses the original game's rock blasting mechanic in a top-down Gauntlet style presentation. The setting has been 'de-made' in a Victorian steam-punk style, and then the whole caboodle has been very realistically disguised as a ZX Spectrum game. We now find our protagonist conned into travelling to a mine on Mars, and then having to fight his way out past the other slave workers and mine guards.

As a solo game you are presented with a series of levels ('hours') to play, and you guide your player through areas populated by zombies to shoot, guards to avoid, switches to flick, gun turrets to disable, keys to find and hidden secret areas to stumble across. It is simple stuff - and the objectives are always clear - with a pretty well balanced progression as you work through the stages. This does not mean that Rock Boshers is an easy game by any means - in fact, some of the later levels present a genuine old-school challenge, but thankfully the one-more-try factor is huge. It's also worth noting that each level records the 'best time' for the score-whores to try to beat on a later replay - and Rock Boshers is exactly the kind of game that you'll want to play through again and again. 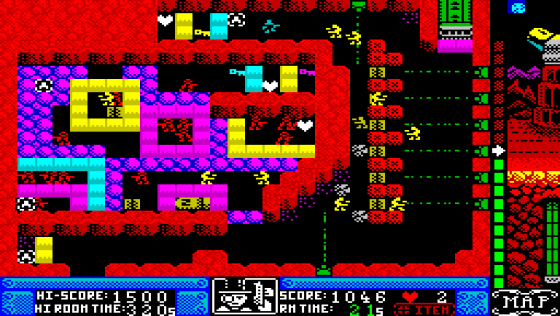 The presentation throughout is exemplary - the story has a well written and often humorous script that unfolds as you progress through the levels. The graphics are first rate in their retro-chic way, and the music and sound effects are nicely done. Special mention should go the whole front end with its very well executed menus - from re-definable keys that you can test, to onscreen instructions. The menu also includes a big-fat-lie, that both myself and the editor fell for (naive fools that we are). I shall let you work that one out for yourself.

Although made in GameMaker, Dugan has taken great lengths to make Rock Boshers as convincing as possible in its homage to the days of ZX Spectrum games. Yes, it'll take five excruciating minutes to load, complete with loading screen and authentic audio (but luckily this feature is skip-able via a press of the spacebar - some things about retro gaming are best kept in the past! - JM). Also when playing the game you'll notice the graphics generally adhere to the rather odd colour map that the Spectrum forced upon us - 2 colours per 8x8 pixel character square. Both the backgrounds and sprites follow this, but as the sprites move they do not mimic the associated attribute clash that would have happened on a real machine. This is A Good Thing. The background story is told in a series of still screens with similarly excellent art at the start of the game, and there's even an introductory tutorial. Overall this really does feels like a great and quintessentially British Speccy game, with the bad bits (colour clash and load times) removed. Recommendation enough I would have thought!

If that is not enough to convince you, add a multiplayer mode for up to four players - simple crowded fun in one of four arenas. Hurling rockets at one another never gets old, no matter the game, does it? And then throw in an unlockable Asteroids style game - and not a bad one at that - which is your reward for completing all 10 stages of the main game.

Rock Boshers is a very polished, stylish, compelling and utterly charming game. There is no excuse not to play it, regardless of whether you are a Spectrum fan or not.

(Note that there are two versions of the game; a pixel-crisp edition (with some compatibility issues with certain graphics cards), and a special filtered build for those of you who want the full RF-lead blurry experience). 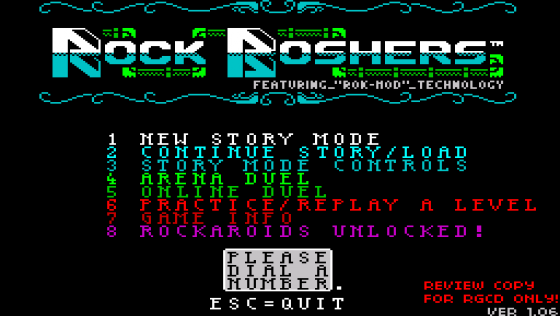 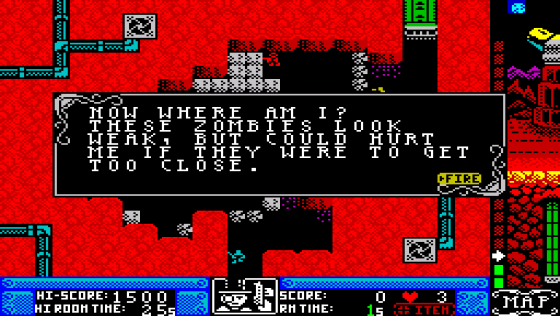 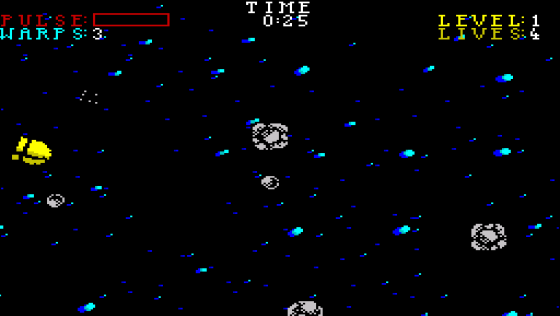 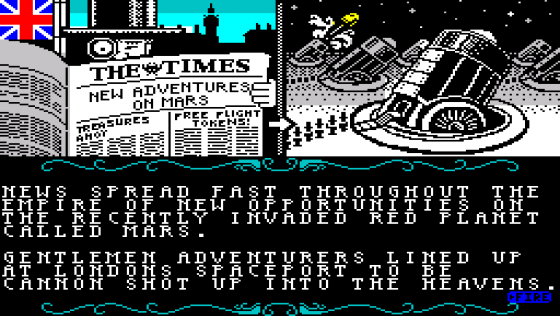