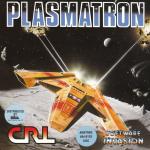 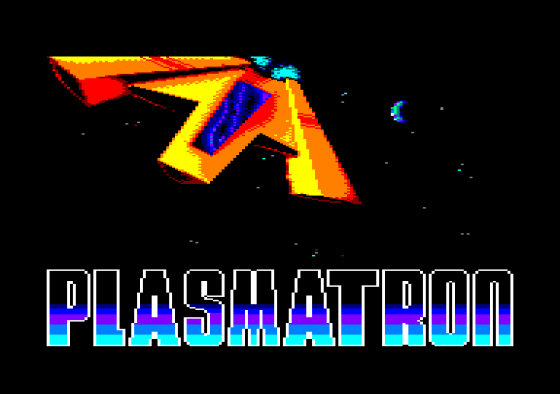 You are captain Ford on a reconnaissance mission to the planet Loughton 2. Loughton 2 is a deserted empire colony that has been occupied by aliens. Can you identify the nature of the aliens, or will you die in the attempt?

The screen is divided into two areas: a horizontally scrolling play area and a status panel at the foot of the screen. The status panel shows your shield energy, amount of damage inflicted on your ship, time until you reach your destination and laser power. The rest of the screen scrolls at three different speeds.

Basically this is a shoot-'em-up. Aliens swarm towards you and it's a matter of kill or be killed. Some aliens ram into you and others shoot at you. All can be dispatched with a well aimed laser bolt. There's very little else to it. 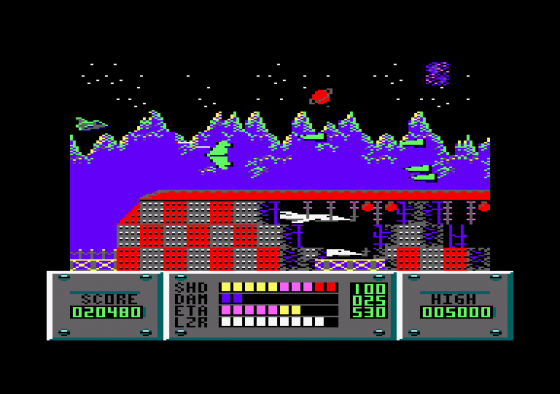 The horizontal scrolling is very jerky and gives absolutely no impression of speed. The sprite movement is cumbersome and they flicker badly. Sound is appalling too and there are no tunes. Let's hope this joins the dinosaurs and the dodo soon.

It's just as visible in green as in colour, unfortunately.

Graphics 18%
N. Bad scrolling.
N. The sprites are flickery too.

Grab Factor 23%
P. Shoot-em-up freaks might get something out of it.
N. Very old game format.

Staying Power 15%
N. Not enough variety in the aliens.
N. Nothing at all to give you brain strain.

Overall 17%
It would be overpriced as a budget game.

The sprite movement is cumbersome and they flicker badly. Sound is appalling too and there are no tunes. Let's hope this joins the dinosaurs and the dodo soon. 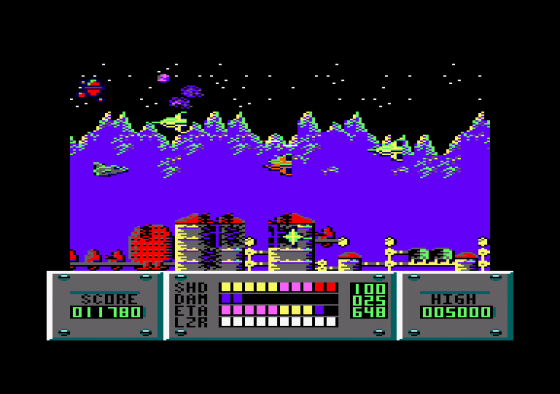 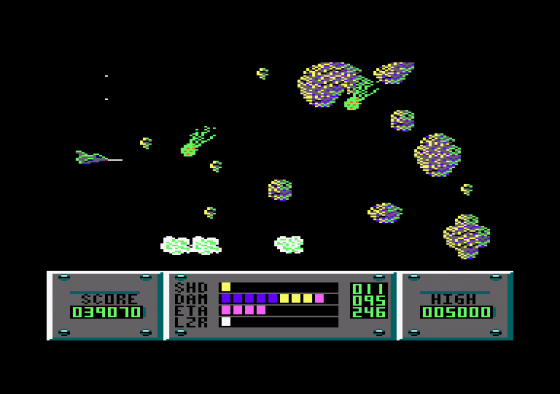 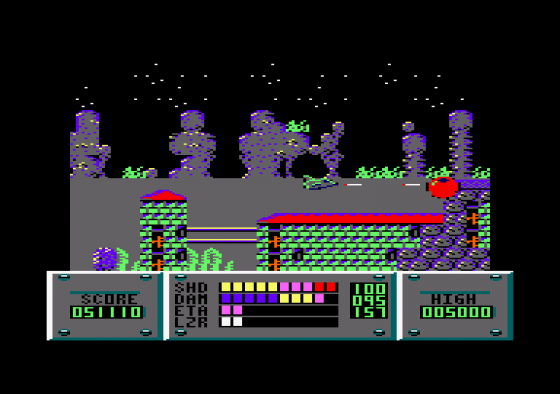 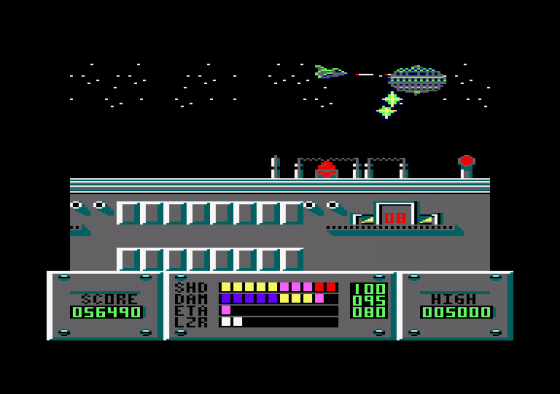