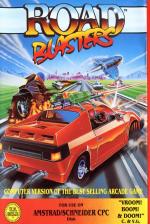 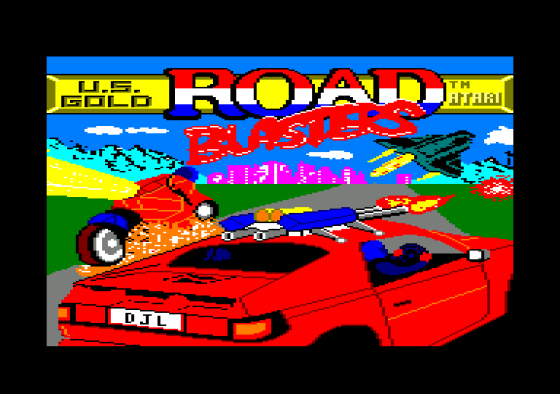 Yet another arcade coin-op game has been transferred to the humble home micro by US Gold. The setting is the distant future where rally-type races are all the rage. There is a deadly difference between these rallies and the twentieth century variety, in that your car is armed and you are free to blast your opponents off the road. (M25 commuters sign here!)

Your car sits on the roadway - which comes out of the screen towards you - and there's a panel at the bottom with vital information on speed, fuel and, of course, your score. The fuel gauge is divided into main and reserve; the main tank being used until it runs out, at which point the reserve tank in switched in. Run out of fuel and you lose a life and when all lives are gone, it's game over.

Your objective is to pass through all the checkpoints of the stage and continue onto the next one. In all there are fifty stages to go through and the hazards on each, as you would expect, get progressively more frequent and deadly. 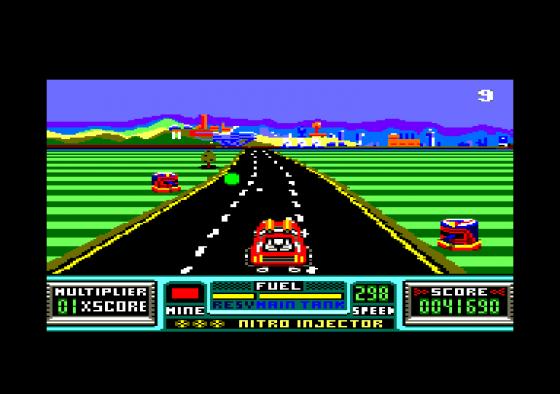 As you go for your casual 180mph Sunday afternoon drive through the countryside you encounter other vehicles out passing time. They come in four varieties: stingers, command cars, rat jeeps and cycles. Ask them politely to get out of your way: pull your trigger and watch them go up in a ball of flame. Take care you don't collide with them though, because if you do you'll join in the flaming fun too. There are also some static hazards on the roads - mines, gun turrets, spikers and toxic spills.

Not everything on the road is quite so deadly: you come across fuel occasionally - vital if you hope to reach the end of the stage. Help in another form is provided by a support jet that flies over at times and drops weapons onto you. If you catch them you stand a better chance of dealing with your opponents. The weapons are: cruise missiles, nitro injectors, cannons and shields. Crash and you lose any extra weaponry.

As you reach each checkpoint and the end of a stage your fuel tank is filled up. Extra fuel is added to the reserve tank at the end of a stage and bonus points are also awarded. Then it's time to go onto the next stage of the rally. 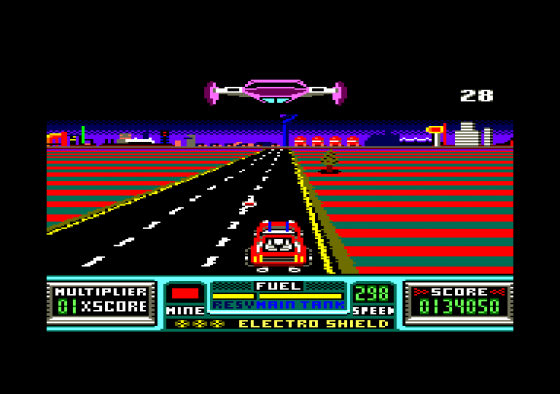 Sound is fine - there aren't any tunes but the effects are good enough. For some reason, part of the sound disappears at times and then comes back later, but other than that there are no problems. Graphically it's not exceptional, but at least the road moves better than in US Gold's previous attempt at a car racing game, Out-Run. The horizon scrolls smoothly as the car turns and there's little flicker in the graphics. The roadside features do seem to jump towards you a bit; but it's not that bad.

It's a cross between a racing game and a shoot-'em-up. In some ways, it's very similar to Overlander by Elite: hostile cars and roadside hazards, a multitude of stages to go through and strap on weapons to improve your survival chances. Of the two games, I'd say that this is slightly better, but it is just a bit too easy to play and it gets boring rather more quickly than you'd hope.

Sonics 43%
P. Good effects...
N. but sometimes they vanish for a while

Grab Factor 73%
P. Plenty to blast and easy enough to start with.
N. Loads from tape or disk every few levels, and it gets a bit annoying for cassette users.

Staying Power 67%
P. 50 stages to complete.
N. After a while you can go for ages without losing a life.

Compared with Overlander, this is slightly better, but it is just a bit too easy to play and it gets boring rather more quickly than you'd hope. 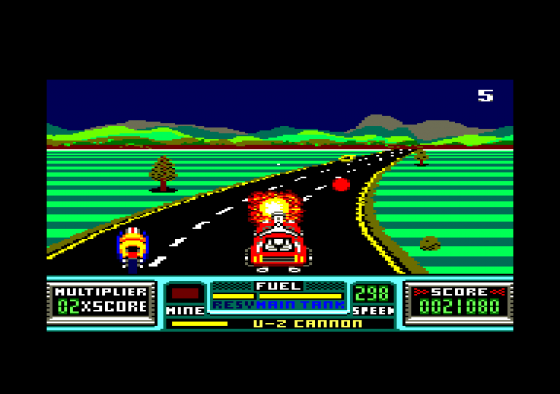