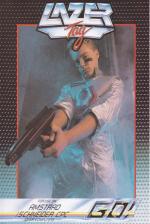 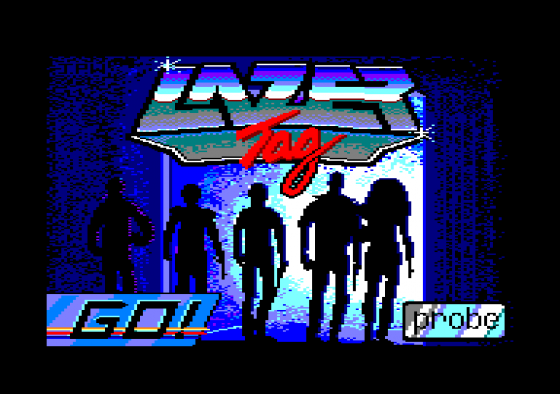 Lazer Tag is a game in which each player has a gun that fires a low powered infrared beam and they also wear a sensor that detects the beam. When you take six hits you're out the game The winner being the last player alive.

The computer version is set in the distant future when the worlds' desire for violent sports has been replaced by the harmless game of shooting each other with lasers (!?).

There are two stages to the game itself: shooting and target. In shooting you just have to reach the end of level in a time limit and take as few hits as possible. There are lots of other players out to shoot you and since you can only take six hits you have to be careful. Bonus lives and equipment can also be picked en route to the end of level. 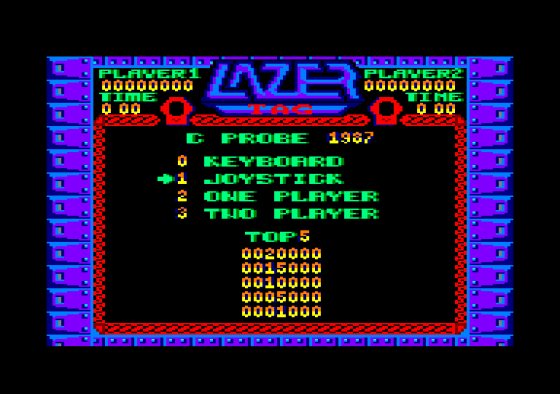 Stage two is a target shoot where you will be awarded bonus points for accuracy. Of course, there are still other people out there trying to shoot you. After this stage you progress up to the next rank and go back to shooting.

A tolerable tune plays on the title screen and another plays throughout the game. Sound effects are beeps and pings. The vertical scrolling is smooth but slow, and the sprites are tiny. Animation is poor too.

Lazer Tag the game may be a fun pastime to while away the hours, but the computer game is a feeble attempt at cashing in on it. You're better off saving the money and putting it towards a Lazer Tag gun. 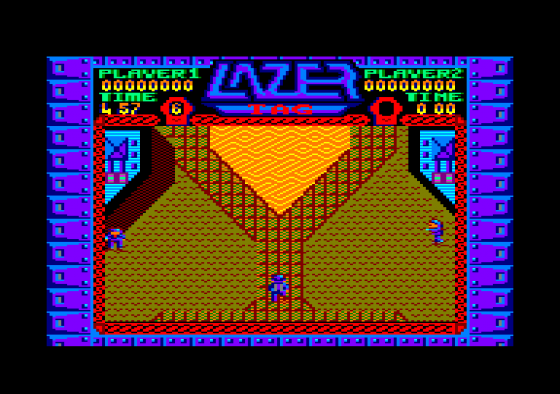 This is a fairly simple offering that has been competently programmed and is reasonably enjoyable. It won't get your adrenalin pumping because it's a war of attrition. However it gets tough later on, even if the action is very predictable.

Staying Power 39%
P. Plenty of ranks to build up through.
N. Not much variation from rank to rank.

Overall 41%
Save your money for the real thing!

It won't get your adrenalin pumping because it's a war of attrition. However it gets tough later on, even if the action is very predictable. 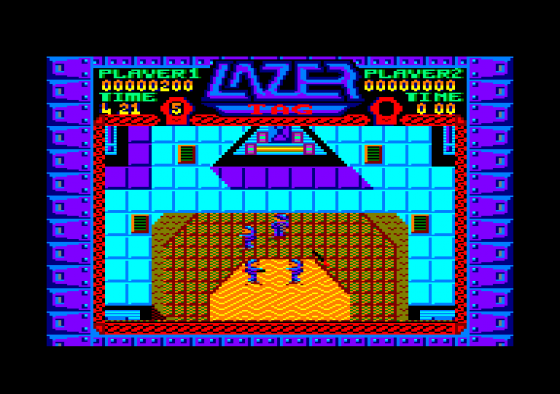