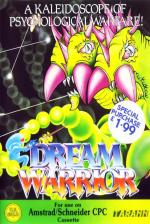 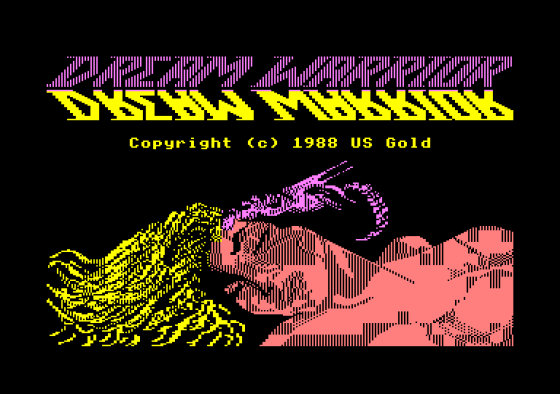 The world of the future is controlled by huge corporations under the dominion of the Focus Fellowship. Little is known of Focus's activities except that they can send dream demons into the mind of anyone who opposes them and make them go insane. Four people, the Asmen, discovered a way to combat the dream demons, but unfortunately three of them were dragged in dreams by the demons where they are now slowly going mad. You are the last Asman and must rescue your comrades.

A horizontally scrolling playing area covers most of the screen and a panel at the bottom indicates your depth of sleep, score, card carried and a picture of the dreamer. If your depth of sleep meter reaches zero then you wake and the game is over.

Everything you need to rescue the dreamers is in the dream, but so are the hazards to prevent you. Four types of globe drift about and when shot they deposit their contents. The four colours each contain a different thing: blue have bits of the dreamer's psychic image, green have energy for the dream hopper, red contain safe access cards and grey have lift access cards. 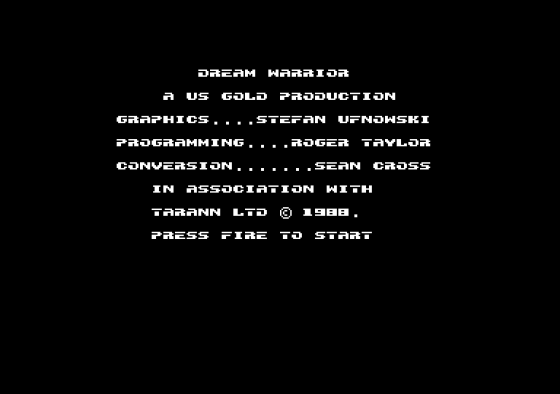 A safe contains deep sleep draughts so that you stay asleep longer and lifts allow travel between levels. The dream hopper allows movement from dream to dream. To complete a dream, you must collect all the pieces of psychic image for the dreamer and when all three dreamers are free you can look for the doorway to the most dangerous dream demon, Ocular.

Scrolling is smooth and fast. The graphics are perhaps a little too blue, but the sprites move well and the Asman is animated very well. Sounds effects are almost, non-existent, and tunes are played silently.

Collecting bits of dreamer is time consuming and leads to boredom. It's just a matter of shoot the globe, collect the blob and repeat until your mind shuts down. Sleep well. 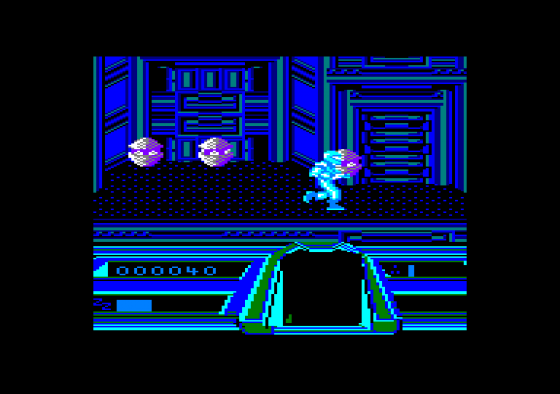 Graphics are quite nice, the gameplay is fun. Playing it for a while shows up the deficiencies such as naff animation and occasional droughts of safe cards which mean a slow, lingering death.

The idea is quite good and it's just a shame it wasn't taken a bit further. Not enough game here.

Grab Factor 57%
P. Nearly always something to do.

Staying Power 48%
P. It'll take a long time to complete...
N. Waiting for the right globe to come along is frustrating.

Overall 51%
Arguably not game of the year.

Smooth horizontal scrolling, nearly always something to do and it'll take a long time to complete. 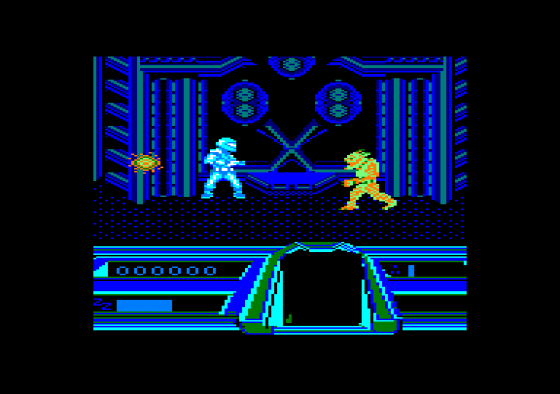