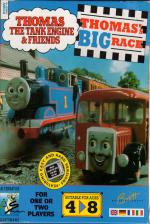 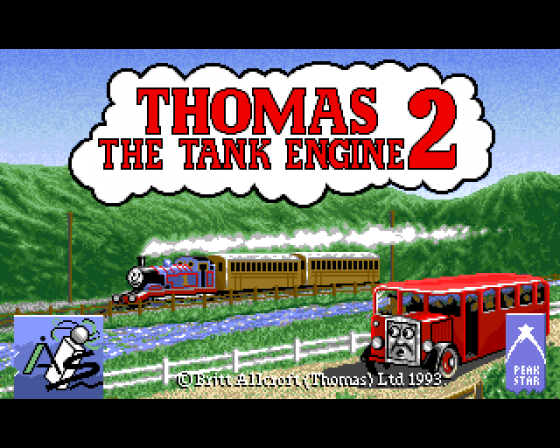 "I'm a really useful engine," said Thomas, as he pulled into the sheds one morning. "No, you're not," puffed Gordon with a cruel sneer on his face. "You're a smug little sycophant with a perverse and unhealthy interest in The Beatles."

The other engines and programmers overheard and tried not to laugh.

"Stop arguing," butted in the Fat Controller. "I know, we'll launch a cutesy game aimed at kids and charge them a high price for a race of limited novelty." 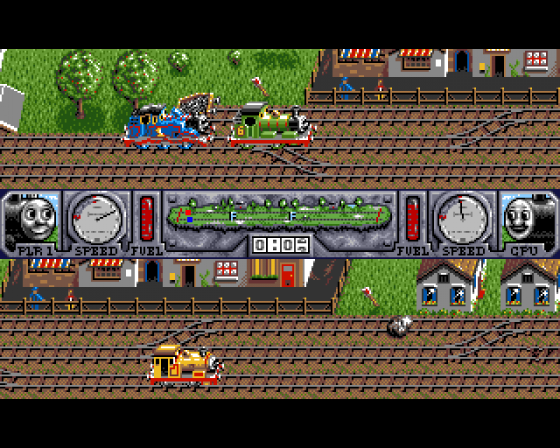 "I've always wanted to be a MicroProse game," he squealed. "What will we call it? I rather fancy Thomas The Formula One Tank Engine."

"No, no, Thomas. We'll have to call it something far more exciting than that. We've got Sonic The Hedgehog to think about," said the Fat Controller, while trying to work out if he could get more for Thomas if he sold him for scrap. 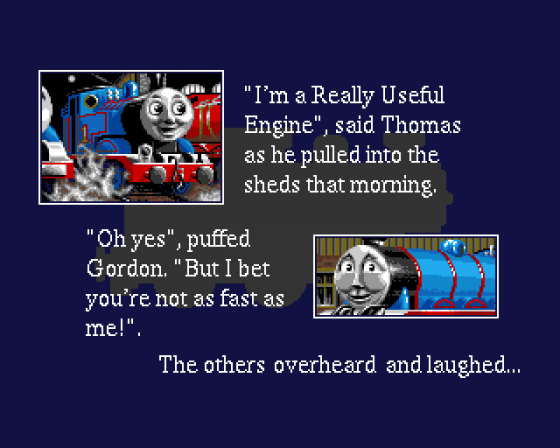 Unluckily, the Fat Controller remembered that even though Thomas was a clapped out old boiler in real life, in the marketing world he was what was referred to as a cash cow. He could be milked for many a year yet. The solution was simple. The Fat Controller would stick to a tried and tested formula.

"Ah, TV hell," said Thomas, quaking in fear at the prospect. "Okay, maybe there's enough poor little kiddies out there willing to pay £12.99 for half a game," added Thomas. "Let's at least try to make it better than the previous effort. I still have some street cred left with groovy three year-olds out there." 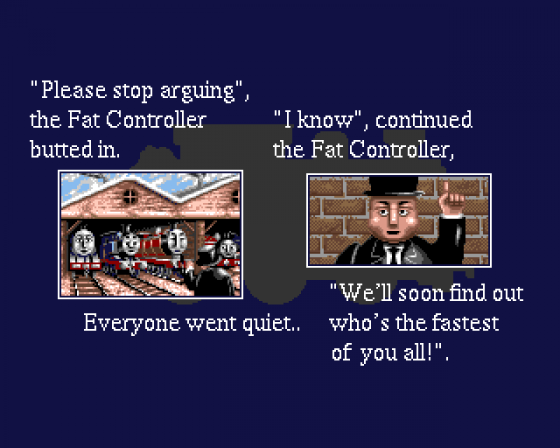 "Oh, don't worry about that, Thomas. That's exactly who we're aiming this game at." The Fat Controller gave Thomas a greedy grin.

"It's going to be called Thomas The Tank Engine 2. It's got a split-screen and two friends can play against each other at the same time. They can even choose who they want to play."

Thomas gulped as he suddenly realised that he wouldn't necessarily be in any of the games. "What if the kids out there don't want to play me?" queried Thomas indignantly.

"Tough luck, you little jerk," jeered Gordon. "You're just not up with the times, are you? And that's why I'm going to beat you in the TV ratings war - as well as in the race game."

"I do hope it sells well," worried Thomas. "Don't you worry," leered the Fat Controller. "The kids love you so much that we'll soon be earning as much as Ringo Starr."

He chortled all the way to the bank.

A cutesy game aimed at kids... for a race of limited novelty. 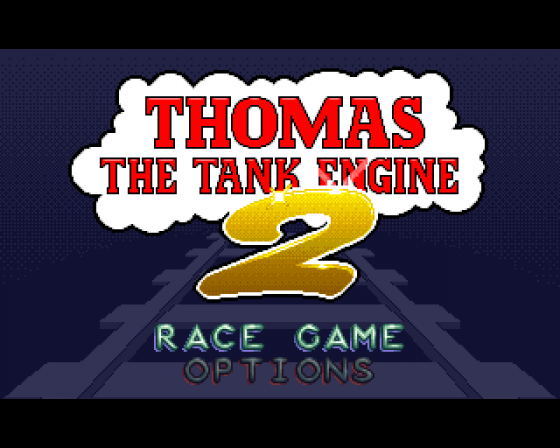 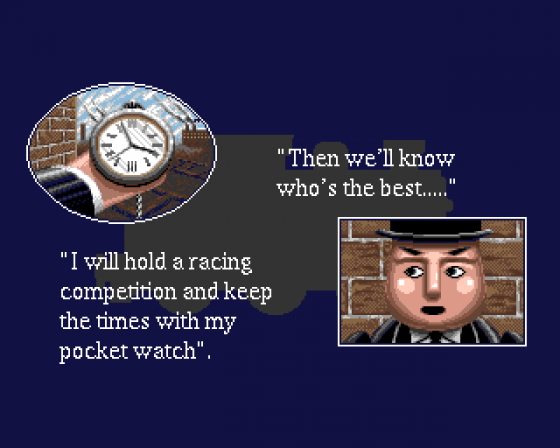 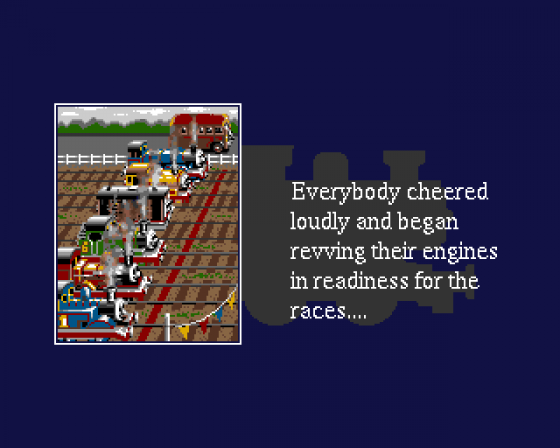 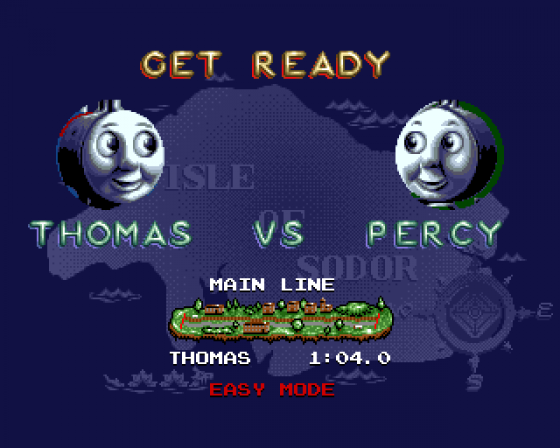 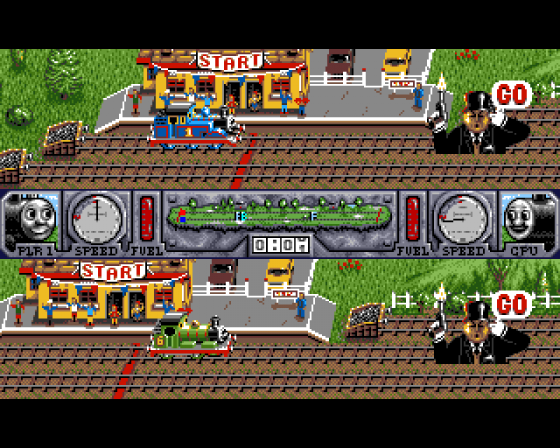 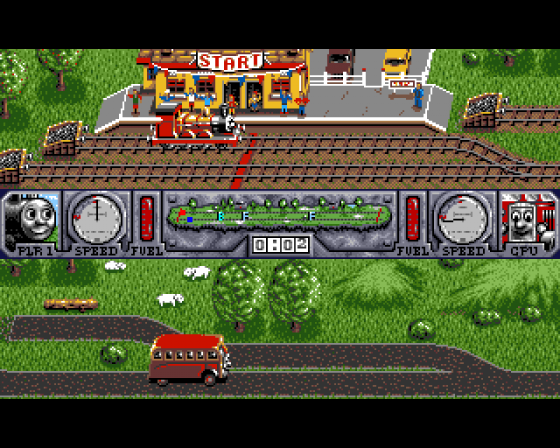