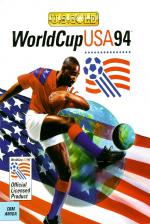 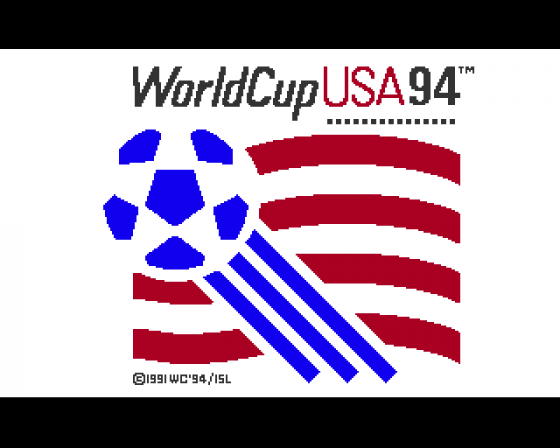 Hang on a minute, it's all over, isn't it? Brazil won, it's four years to the next one and everybody's gone home. Just when you thought it was safe to say 'football'

Of course, it all began in 1986. US Gold had the licence for the World Cup, and promised a game that would trounce everything previously seen in the history of the world. When World Cup Carnival turned up, the large box was US Gold's (and really quite impressive) but the game was Artic's gargantuanly awful Something Soccer. "Programming difficulties" had prevented the everything-trouncing epic from turning up, but at least you got some badges and stickers in the box to make up for the two-year-old crap game. Eh?

Ripple dissolve to 1994. US Gold have the licence for the World Cup, and promise a game that will trounce everything previously seen in the history of the world. Suddenly, the game's on sale. Strangely, magazines haven't been sent review copies. Is it because the majority of software sales take place in the first week? Could US Gold really be trading on their roster of great games like Flashback and Monkey Island in order to pass World Cup '94 to some ill-informed shmuchos? Only you can decide. But World Cup '94 is near impossibly terrible. 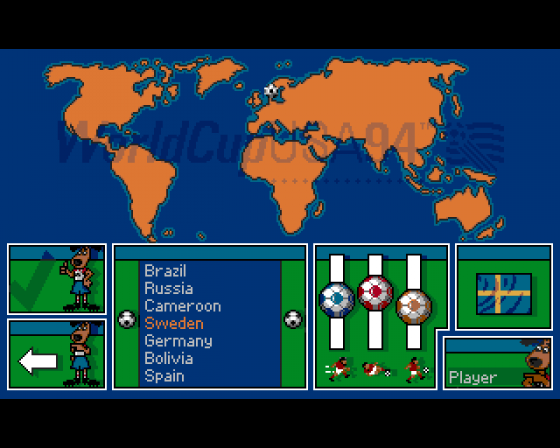 The first thing that kicks you accurately in the face is the laoding time. From insertion of disk to appearance of front end takes a whopping six minutes! Six. Minutes. It's hard disk-installable, but that's hardly the point, is it? Especially when, after choosing your optiosn (a task made a chore by the bewildering array of very pretty but mostly meaningless icons) you have to wait a further five minutes for the game itself to load. Eleven minutes, all told. Enough time to watch a good Tom and Jerry cartoon (say, Solid Serenade!) and make a really splendid cup of tea spent sitting in front of a loading screen. Sigh.

Now you may think I'm going on a bit here but consider this: today, the Amiga faces war on two fronts. From the West, the marching ranks of the PC compatibles with their hard drived-based power games; from the Easy, the thundering brigades of the consoles with the immediacy of cartridges. Eleven minutes for loading is a joke. Morever, a joke by Jimmy Cricket.

The game. The game is catastophically bad. The game should never have even been released in its present form. The algorithms governing play are amateurish. For example: tackling. Tackling in a footy game should be a case of running at the player with the ball and pressing fire; you then tackle him. (Or not, if we're talkin about strengths and direction and so on.) With USA '94 not only do you have to time your tap on the fire button (don't press it, otherwise you'll go into a treacle-slow sliding tackle miss the ball completely) but be in precisely the right position due to the inexplicable pause your player makes before moving, otherwise you get left behind looking very foolish. You can almost hear the crowd braying mockingly. 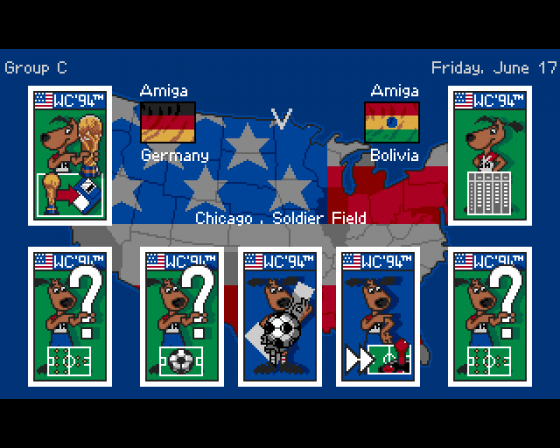 The most fun I had with USA '94 was to play Who Can Do The Most Laps Before Being Tackled. In this great variation on the game, one player grabs the ball and starts making circuits of the pitch. The other player has to make a successful tackle before time runs out. My worthy opponent managed two-and-a-half laps before our increasing difficulty with drawing breath between hoots of laughter brought the game to a premature close.

Playing your actual football just doesn't enter into it, because when you try to do so you encounter 'features' like the 100% successful pass. Yes, no matter how far away the player you're passing to (and we could be talking opposite ends of the pitch!), the ball will get there. So scoring goals consists of gettin gball, passing blindly to the player nearest the goal and blamming it in. Or eschewing the passing method and getting anywhere near the halfway line and blamming it in one time out of every two attempts made.

The ridiculous ease with which you pummel opponents sort of balances out the appalling viewpoint, which is a similar Goodyear Blimp overhead view to Sensi, but from a leaky Blimp (so the prayers are rather bigger) and by a cameraman without a wide angle lens (so there's less of the pitch). There's a radar display inset on the top left, but really, what's the point, eh?

World Cup '94 is an inoperable canker on the lungs of the innocent children of the world.

Uppers: Front end looks good. Choice of sound samples. Lots of options awiting those who can decode the menu icosn. Downers: Loading time - Stack folding till receipts or something. Slowdown of players when lacking is ridiculous. Standard of goalkeeping leaves a lot to be desired. Too easy to score an own goal with your keeper. Too easy to score a goal full stop. A pathetic game, amateurishly programmed.

Top-down footy game nearly always fail when viewed by he light of the Sensi run. World Cup USA '94 thoroughly deserves its place in the foul stinking hell of inferior camparison. Burn your house down before buying this. 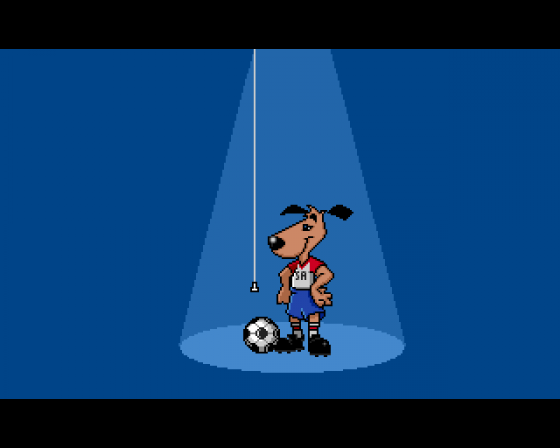 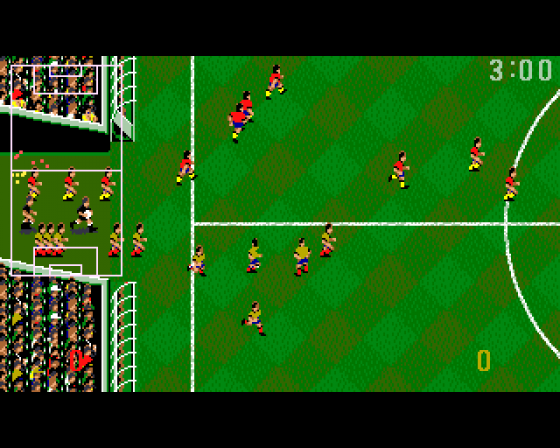 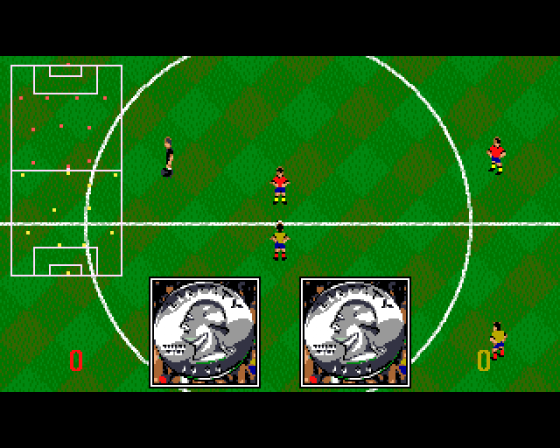 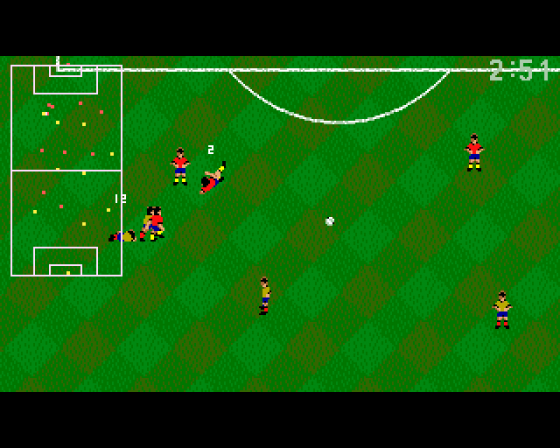 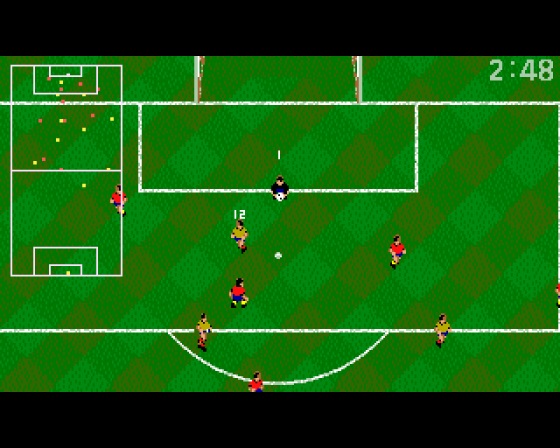 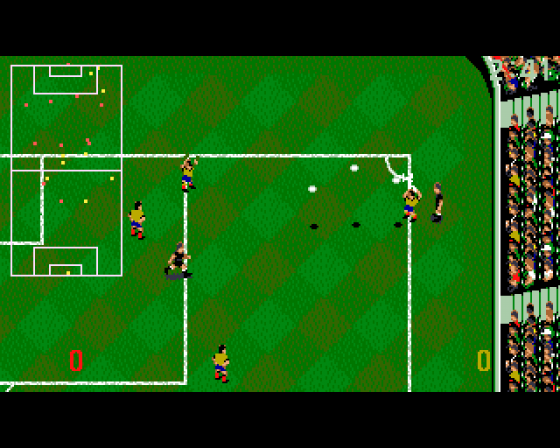 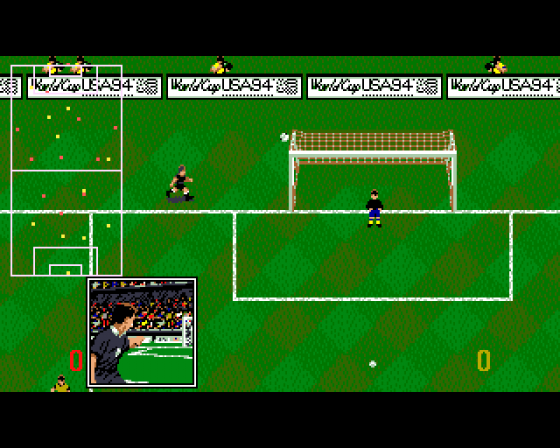