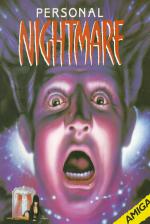 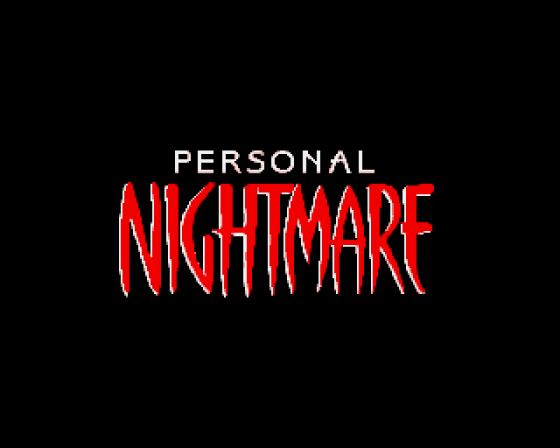 Here is the first in a series of horror adventures from Horror Soft.

In Personal Nightmare, your father is an oddball vicar, and a letter from your mother prompts you to visit them. Just before you are about to leave, you receive a disturbing letter which states that you have to stay at the Dog and Duck and that your mother is away visiting her sick sister.

It turns out that the Devil has taken over the lives of some of the villagers, and horrific crimes are taking place there. Your object is to shop the guilty ones to the local bobby, and rescue people before they are ritually sacrificed. 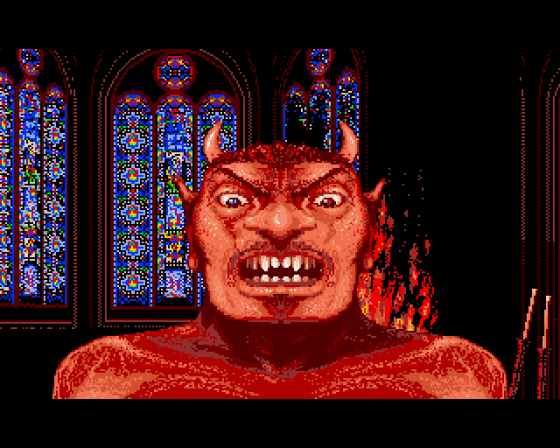 The game can be played from the keyboard or mouse. To the left of the screen are direction icons, and to the right, verb icons. Instead of actually typing commands, a verb can be selected with the left hand mouse button, and it will appear in the input area below the text window. An object can then be selected by clicking on the appropriate part of the picture, and the whole command is then entered by clicking the right hand mouse button. But whole sentences such as PUT BRIEFCASE IN WARDROBE will be accepted by the parser.

Movement is by mouse, or, again, by keyboard text. Two other icons remain: INV and ROOMS. INV replaces the graphics screen with an 'icon list' of objects carried. ROOM similarly displays all takeable objects in a given location. They can be taken by dragging into the INV icon.

SAVE and RESTORE are two very necessary options, and because you're likely to die a horrible death at any time. SAVE should be used regularly! But when you do save a position, make sure you note it down, for there is no way of listing these within the game.

The animated storyline is consistent from location to location. But whilst the animation of the characters in the story is very lifelike, intellectually they are wooden. The text messages, too, tend to be flat and uninspired, despite there being a reputed 90K text in the game before compression. Granted, though, that it'll be the graphics output on which the player's attention will mainly be focussed.

Horror Soft has developed a major new adventure system for 16-bit machines; it's a bit like Sierra's, a bit like Mindcape's, but it has an identity all of its own.

Finally, be warned! This gory game is not for children. It contains some fairly blood-curdling scenes, especially at the end. Or so I am told, for this is a big game, with some very complex problems, and I haven't cracked them all yet!

Note: If you are an early purchaser of the game, the accompanying map in the first 4000 copies, has the south side of the street shown 'handed' - i.e. left and right reversed, and does not relate logically to the north side, nor to compass directions, when playing the game.

A major new adventure system for 16-bit machines; it's a bit like Sierra's, a bit like Mindcape's, but it has an identity all of its own. Oh, and it's a gory game that's not for children. 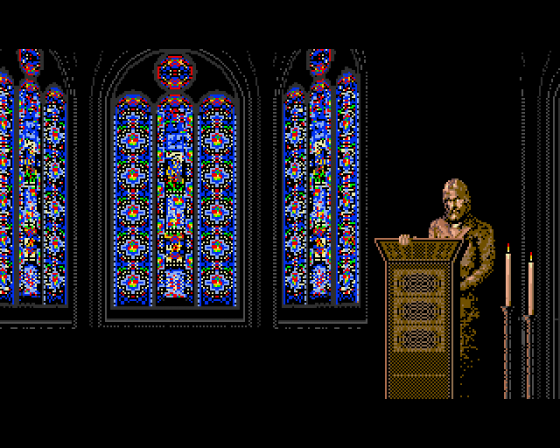 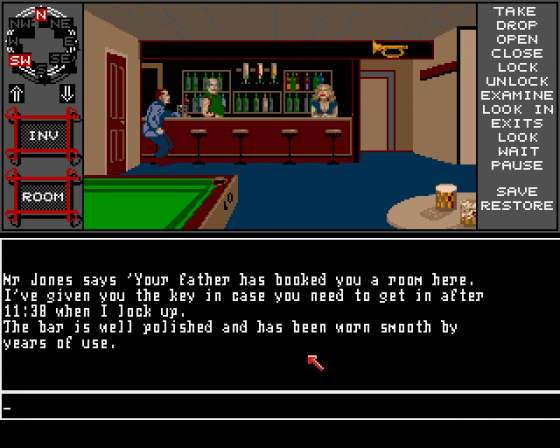 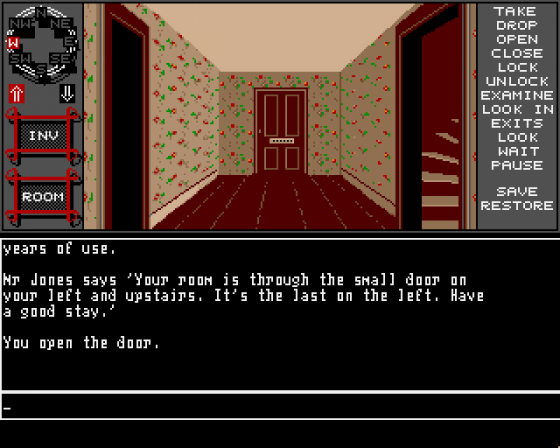 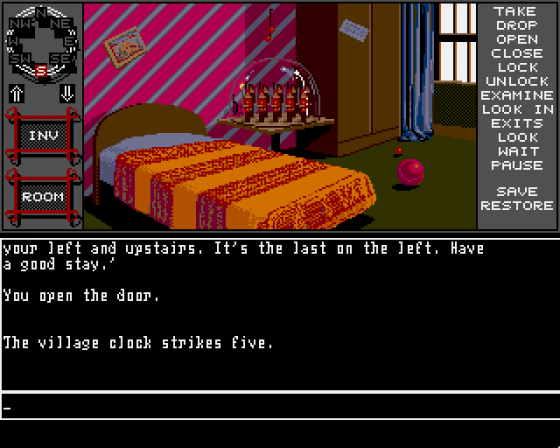 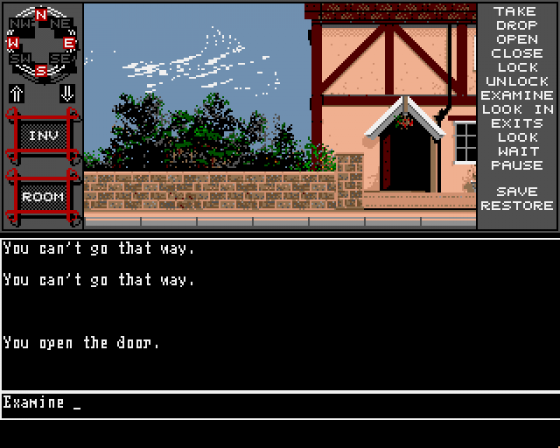 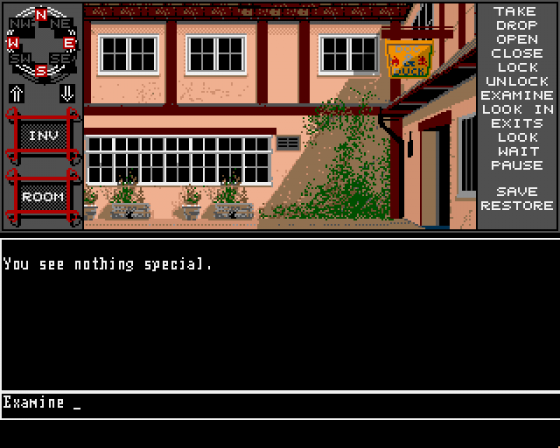