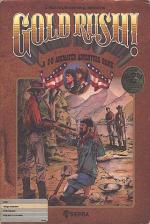 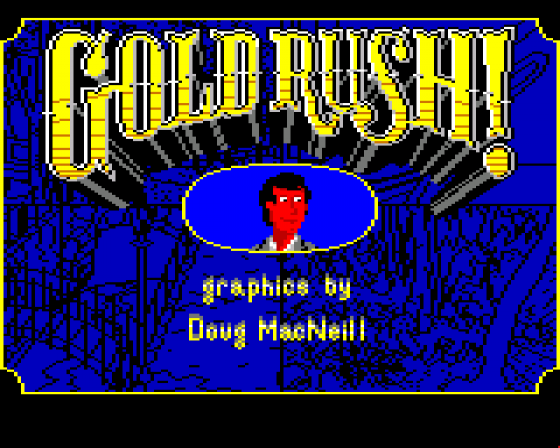 Gold Rush is software's equivalent to television's faction, which means that an assortment of fictional characters are used to illustrate what is more or less an historical truth.

Sierra's latest game is based in the California of the mid nineteenth century, when the route to the gold mines meant a mule-bound trek across parched and hostile territory.

New York journalist Jerrod Wilson - that's you! - heads West to join the gold rush and his fugitive brother who's the victim of a frame up. 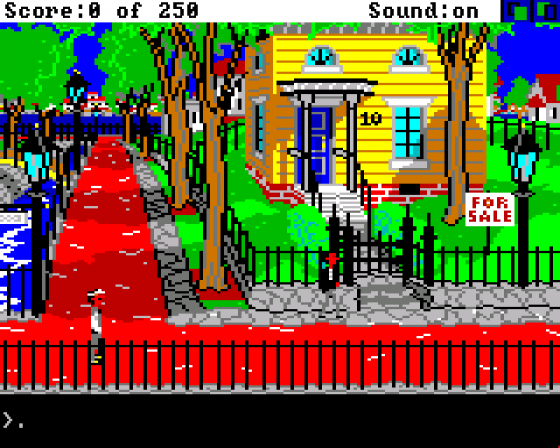 The graphics of this 3D animated adventure seem fairly faithfully to represent the times. The streets are filled with moving buggies and wagons, and the pedestrians are all in the costume of the period. There's a lot of incidental animation, but only at a cost. The buggies which ply the streets so relentlessly cause the people to slow - including Jerrod.

The journey is partly shown in animated map form with text commentary, partly in "normal" adventure mode. That is to say, when there's a problem the pictures return.

Having previously played the ST version of this game, I was disappointed at the overall standard of the graphics on the Amiga version. They have a harsher colour rendering, making features less distinguishable. On the ST, the roads are a pleasant pink, whereas they show as vivid red on the Amiga. The sky changes too, from light blue to royal blue. Whilst the same degree of detail is there, the use of some edging colours, together with the backgrounds, gives the impression of lower definition and more jagged outlines.

As usual with Sierra games, text commands are often difficult, and the parser shows inconsistencies. As an example, typing GET ACCOUNT when discovering a bank statement puts the statement in your inventory, whereas READ ACCOUNT gives a "What do you mean?". READ STATEMENT is required in this case.

But these difficulties are well worth putting up with, for here is a game is educational as well as entertaining. The 88-page paperback which accompanies the game is an informative read and a lovely little extra. Thar's gold in that thar softshop.

A game that's educational as well as entertaining. The 88-page paperback which accompanies the game is an informative read and a lovely little extra. 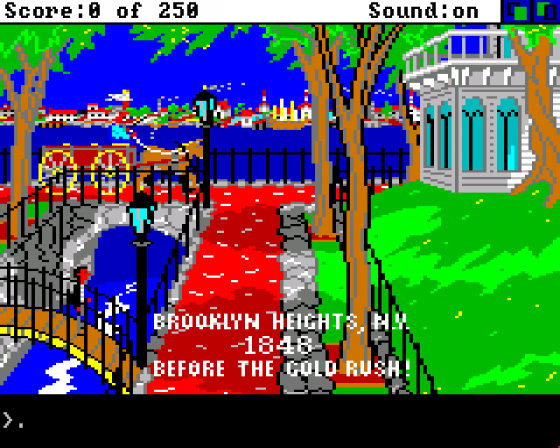 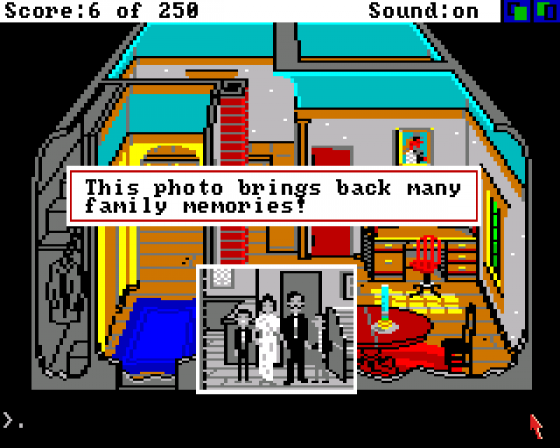 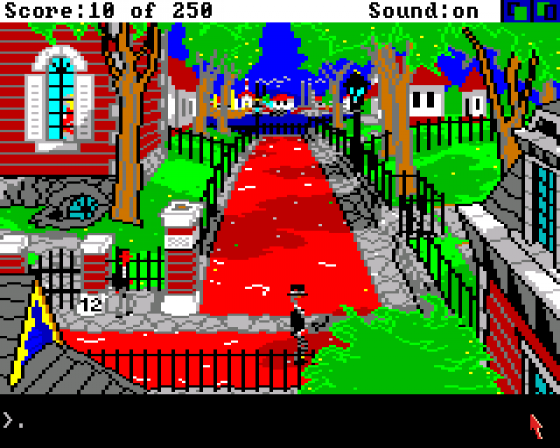 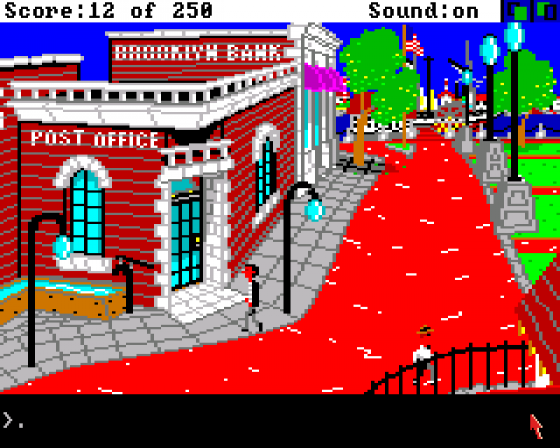 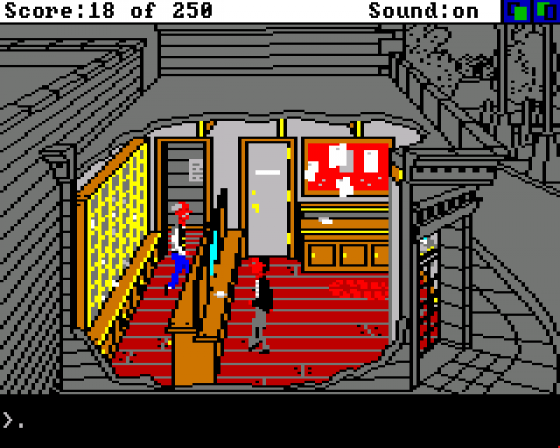 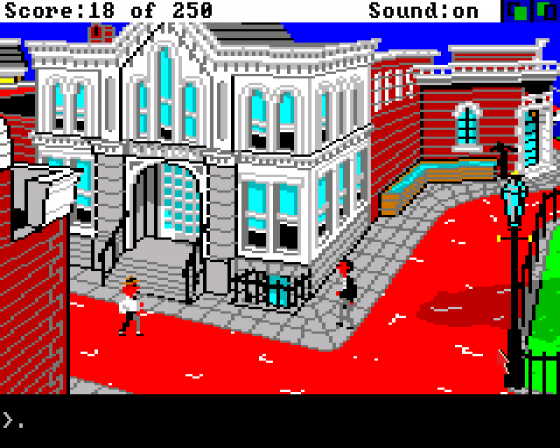 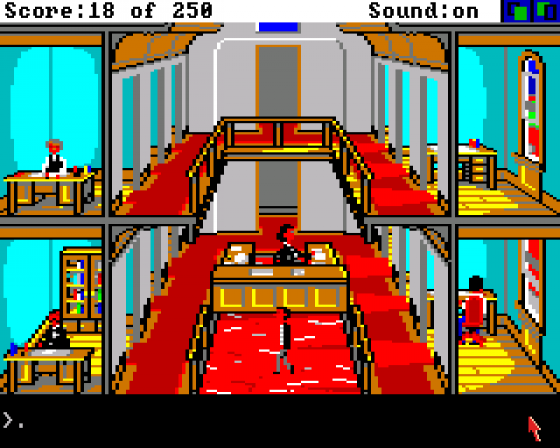 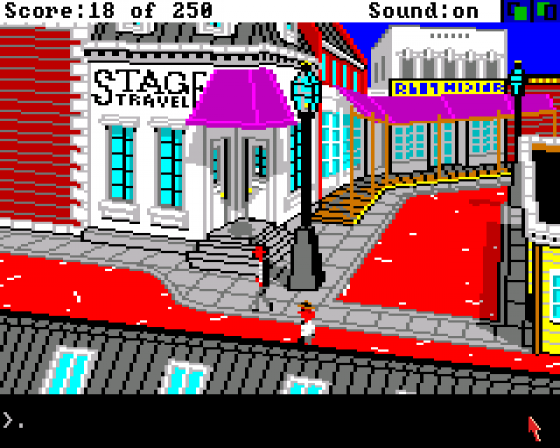