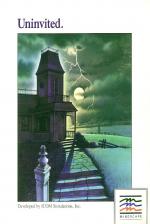 It's a stormy night, and your car is out of control. You struggle with the wheel to no avail, and after the impact, just manage to force the door open to force the door, open and stagger out before it blows up. Your kid brother got out, too - but where is he? There is no sign of him.

You find yourself outside a dark and foreboding mansion, starkly illuminated by the vivid flashes of lightning. Probably your brother sought shelter inside, and so, pushing the creaking door open you step inside. As you look around the comfortably furnished lounge, you jump, as the door slams closed behind you - trapping you inside.

All is still and deserted within, yet you feel you're being watched. A nightmare search for your missing brother is about to begin in this haunted house.

You are soon startled by the sudden appearance of a ghost in the hall. Do you have the power to exorcise it - for if not, it will surely be the death of you! A search of the dining room, kitchen, servants' quarters, study and games rooms, all fail. Upstairs, the bedrooms, bathrooms, and closet, are equally deserted. But to what evil purpose is the attic put? A false move here, and you could be one of its victims!

Three strange buildings stand in the grounds, but to enter them, your search of the house will probably have to be more thorough. When its secrets start unfolding, you'll find bottles of potions, vials of strange coloured liquids, secret cabinets, hidden keys, sliding panels, and more ghosts, that go to pack this adventure with spine-chilling surprises.

Uninvited is from the same team that produced Deja Vu and Shadowgate and the game takes the same format. A detailed 'intelligent' picture of the current room sits in the middle of the screen (unless you move it), and operation is almost solely by mouse-driven icons. I describe the picture as intelligent, because each object depicted, however minute, is an icon, sensitive to commands when the arrow is positioned on it and the mouse button clicked.

As well as occasionaly special graphics effects and animation, the sound effects are plentiful and add a lot to the atmosphere of the game. In between the incessant rolling of thunder, try operating the old wind-up gramophone in the games room for a spot of digitised music! Groovy... literally.

My only criticism of Uninvited is that moving around between distant locations becomes a little tedious - the delay whilst each room picture is read in from disk (actually, two rooms seem to be resident in memory much of the time) slows down progress. A useful enhancement to this already advanced system would be to provide a form of GOTO command - perhaps through opening up a window with a schematic map.

Overall, though, this is an excellent haunted house thriller with plenty of puzzles and surprises, a user-friendly mode of operation and some very detailed graphics.

An excellent haunted house thriller with plenty of puzzles and surprises, a user-friendly mode of operation and some very detailed graphics. 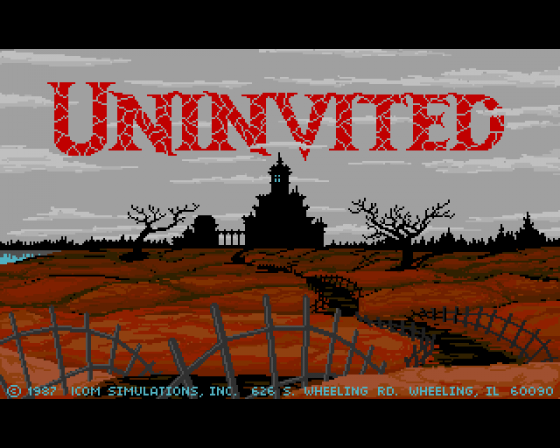 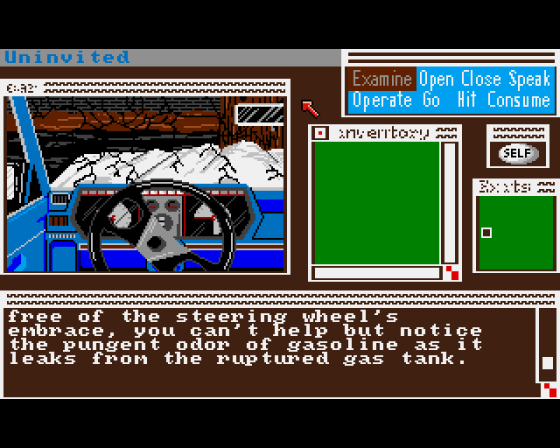 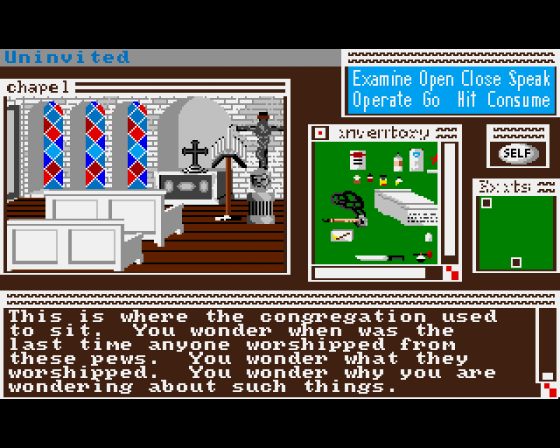 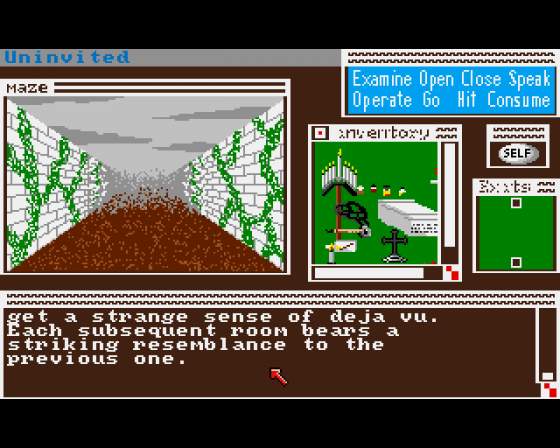 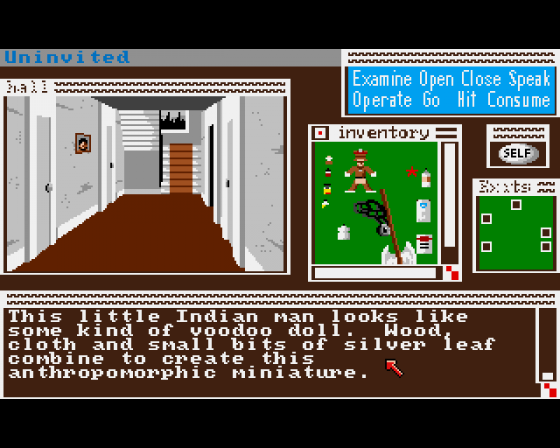