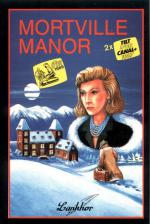 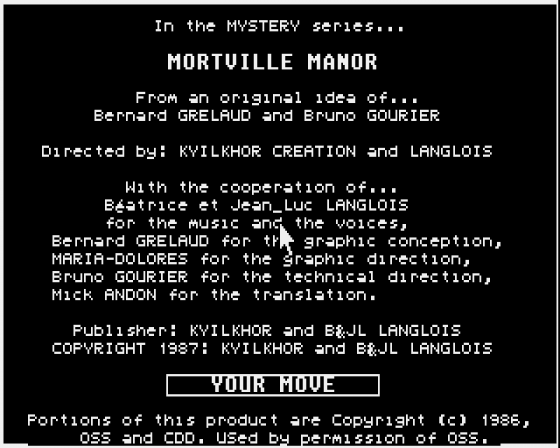 In their approach to adventures, the French have always seemed to me to be utterly illogical and out of touch with the rest of the world. For example, the incredibly doltish and apparently random Passengers On The Wind, I wouldn't have bothered to play for more than five minutes if I hadn't had to review it. Why this is the case, and why letters from French readers lay way behind the numbers sent in by their European counterparts, I have no idea.

However, perhaps with Mortville Manor, a new era has begun, for here is a mystery game that has some very nice original features about it, and plays in a logical, if very French, manner. It opens with a title screen not far short of Magnetic Scrolls standards and a catchy little loop of digitsed music, with superimposed voice singing "Mortville Manor". Digitised sound contains all the harmonics in one single channel, to faithfully represent an overall 'sound picture'.

You have received a desperate telegrame from Julia Defranck, saying she is very ill and in danger of death, and is very worried for the rest of the family. It is addressed from Mortville Manor, which is where you immediately head for. On your arrival, you find she has already died. What follows is typical detective stuff, in which you gather evidence, and interview members of the family, to piece together the course of events. 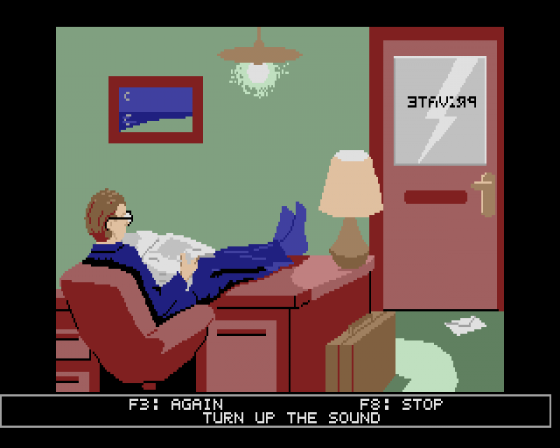 The entire game is played through mouse and function keys, with no text entry from the keyboard. The key to this is the menu bar, which offers options and presents a drop-down menu giving a number of further choices, depending on the main option. Move, for example, lists the actual places to which you can go directly, and in some cases, where there are multiple exits shown in the picture, allows the selection of 'Choice On Screen'. Following which you click on the appropriate door.

If you choose to Discuss, then only the characters present in the current room are highlighted on the drop-down menu. Selecting one produces a close up mug-shot of the character, and offers the choice of subjects for discussion. Again, clicking on one of these causes the character shown on screen to issue forth a suitable reply in synthesised speech, with an animated face. Most of the replies are quite comprehensible, although the French accent superimposed on the speech synthesiser does occasionally give rise to a comic effect.

The graphics of the locations are not up to the same standard as the title picture, which is itself a location, and it is somewhat disappointing to find that the characters listed as present in a location are not actually visible.

Overall, this is a well presented intriguing mystery.

A well presented, typically French, intriguing mystery. It is, however, somewhat disappointing to find that the characters listed as present in a location are not actually pictured. 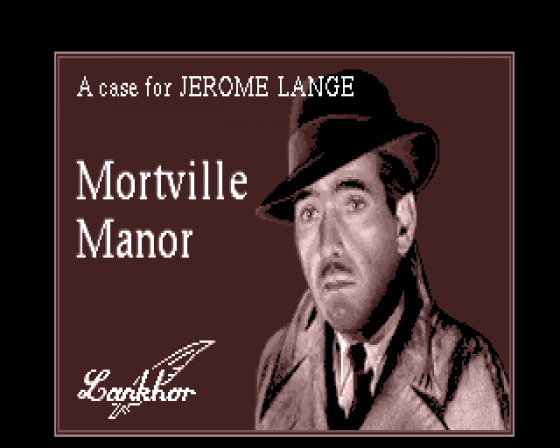 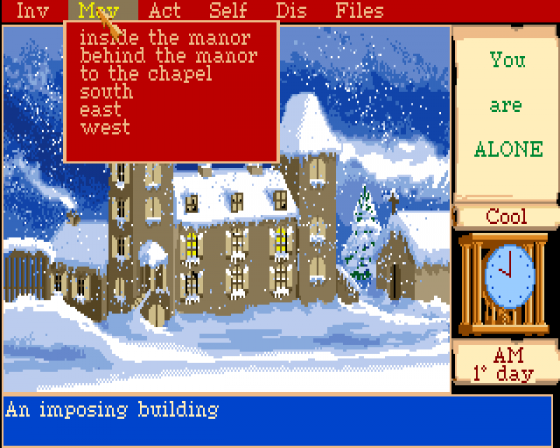 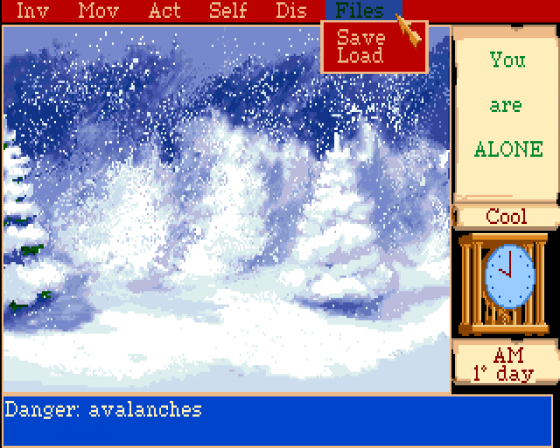 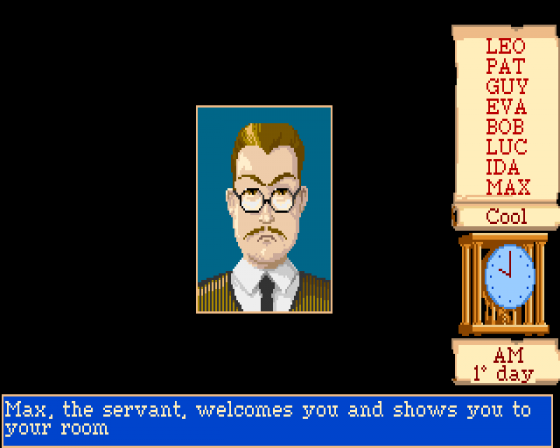 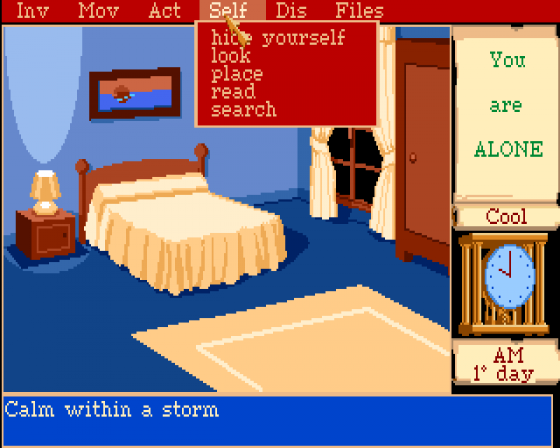 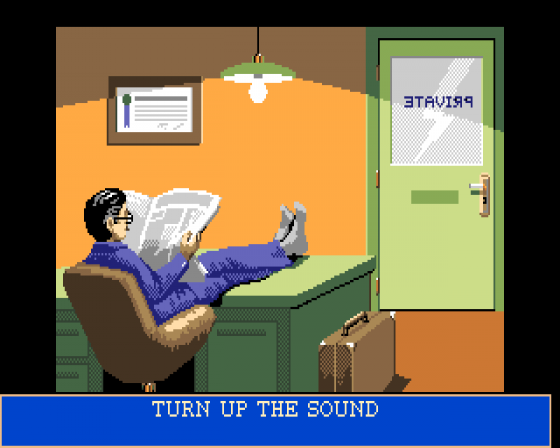 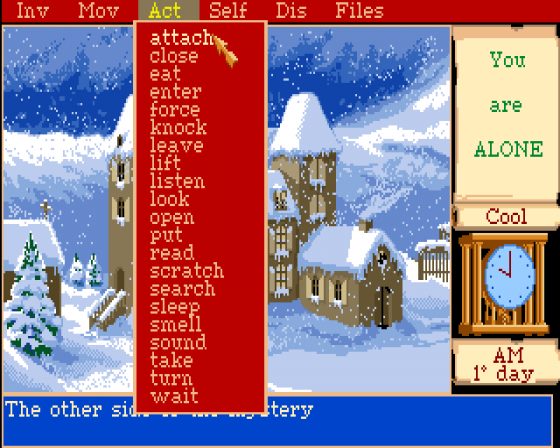 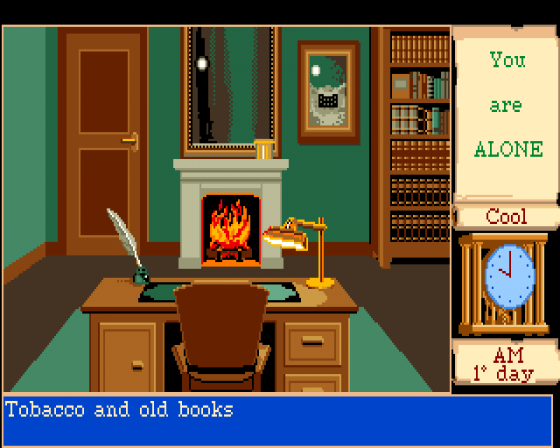 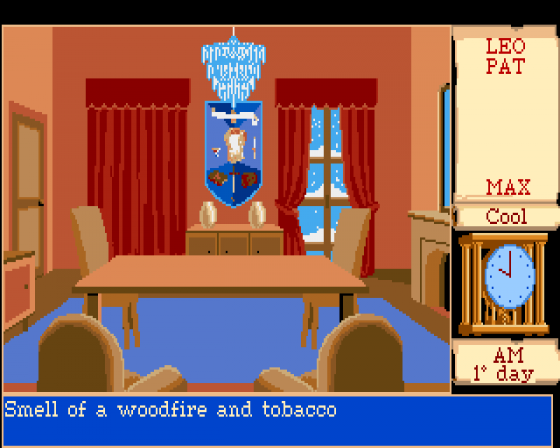 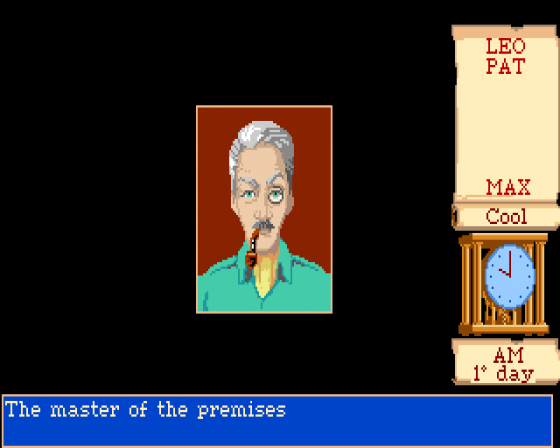