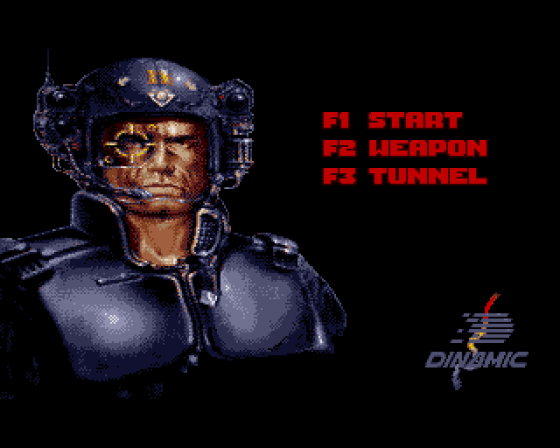 Here's a game that's hard in all senses of the word. The policemen under your control look really hard as they run along the drug baron's underground tunnels spraying bullets around on all sides. The gameplay is hard, almost to the point of being impossible, so this isn't one to buy if you're likely to be annoyed by being instantly wiped out on your first 5,000 goes.

And it's physically rather hard too, as I found to my cost when I stamped on it in frustration after being instantly wiped out on my 5,001st go, as well as all the preceding ones.

Part of the problem, I think, is the ponderous way the game responds to your commands. It's one thing being piled on by a huge band of heavily-armed drug dealers, but quite another when it's impossible to do anything about it because it's going to take your bloke two or three seconds to traverse the short distance from one side of the tunnel to the other.

Bit of a shame, that, because the game features an attractive tunnel-scrolling-towards-you-in-3D-effect, and an unusual strategy side where you've got to keep switching between different teams of cops in order to converge on the enemy HQ in a sort of pincer movement. Such is life, I guess.

Lots of original ideas and some nice graphics, but it's just too hard. I seem to remember every other Dinamic game has the same problem.

Lots of original ideas and some nice graphics, but it's just too hard. And I seem to remember every other Dinamic game has the same problem. 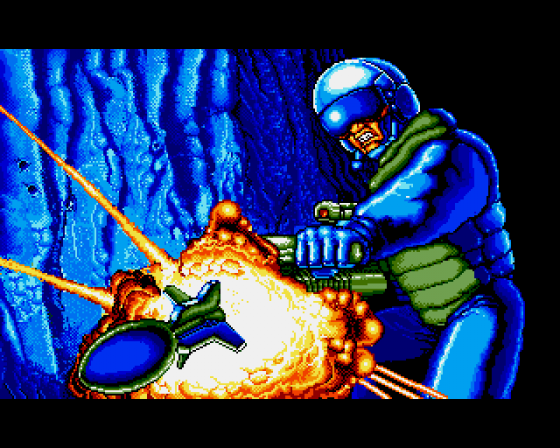 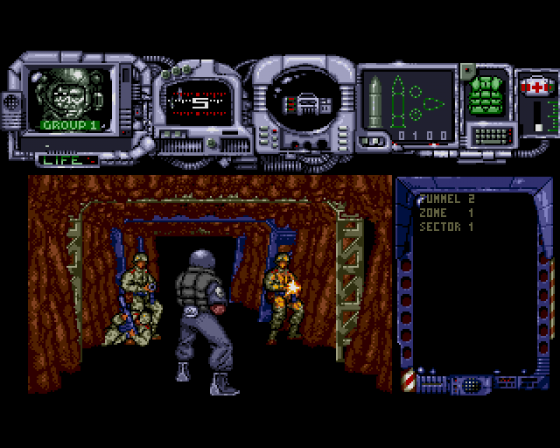 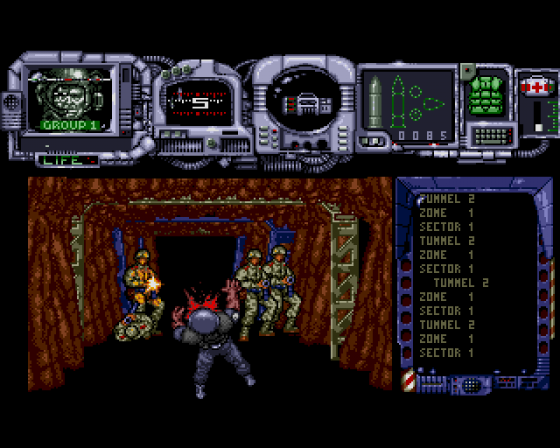