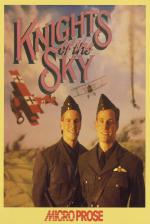 Knights Of The Sky | The Men, Machines And Gravity | Real Seat-Of-Your-Pants Stuff | The Bottom Line

Forget modern warfare. The latest release from simulation-meisters MicroProse forsakes high speed jets for the much more 'basic' skills of those magnificent men and - yes! - their flying machines... 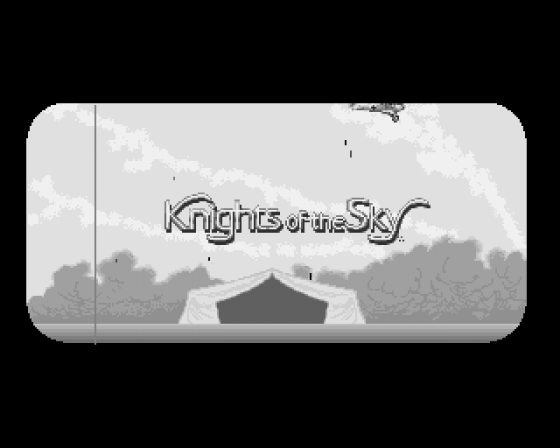 It seems like only pages ago that I was accusing the A-6 intruder of being slow and unwieldy. But I take back everything I said, I really do. In fact, you hereby have my permission to cut out the relevant paragraph, roll it up tightly and shove it up my right nostril. Until you're tried clinging to the air in a bullet-ridden Sopwith Camel, struggling to top 50mph, flogging it for all it's worth in order to make it those last couple of miles back to the safety of the British lines, you haven't even begun to experience 'slow and unwieldy'. Compared to the Sopwith Camel, the A-6 Intruder seems possessed of positively gazelle-like qualities. The Sopwith Camel is to air combat what the Raleigh Grifter is to international cycle racing.

Luckily, what the Sopwith Camel lacks in speed it makes up for in agility - you could quite literally turn it on a sixpence (as long as it was quite a big one). The same goes for the nineteen other World War I planes Knights Of The Sky gives you the opportunity to fly, and that's essentially what makes it such a fab game. Flying a biplane is a completely different experience to flying a jet fighter, and Knights manages to capture its pitballs with uncanny precision. You're basically fighting a constant battle to defy Newtonian physics. Your woefully underpowered airframe is just about capable of maintaining a steady 70mph in level flight, so if you want to go any faster you'll have to sacrifice some height, and if you want to climb you'll have to content yourself with teetering on the brink of a stall at about 40mph. It's all very touch and go, especially as your plane is hopelessly wobbly, and never quite seems to go in the direction you've got in mind. Remember though that your opponents (the 'Boche') are suffering from similar problems, so dogfights are resolved on not only who's the best tactician, but also who can stay in the air the longest.

As you might expect, before take-off you have to wade through screenfuls of options. The first of these is the most important - it's where you decide whether to go for flight training, a straight dogfight against an ace of your choice, a fight against a chum playing on another computer or World War I proper. This last one is where things really start to happen. You start off as a new recruit at the beginning of the air war with no kills to your credit and have to work your way up the ranks by flying missions and downing Germans. (You can only play on the Allied side, although in the training options you can fly German planes if you want.) Your eventual aim is to become numero uno, the ace of aces, by downling lots of top German pilots like Ernst Udet and Manfred von Richthofen. 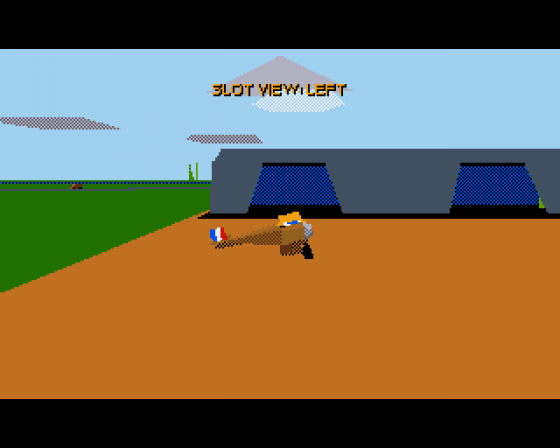 It's not just the feel of Knights Of The Sky that's right, the look is 'there' as well. While MicroProse's F-15 II looked, I felt, a bit brown and bland, here we're talking green fields and trees, blue rivers and sea, white cliffs, blue barrage balloons (which explode with a wonderful noise when you shoot them), grey and brown trucks (depending on whose side they're on) and buildings in all shapes and colours. The brightly-coloured planes help a lot too. Views? There are plenty of those, including a much better 'chase plane' than usual and a really weird and completely useless 'radio control' view. The graphics aren't quite as smooth as the PC original's, particularly when there's lots on screen, but they never become intrusively jerky and you can always turn the detail level down a bit. (And we are talking 20 MHz 386 PC with Turbo accelerator card here, rather than a £300 Amiga.) Presentation throughout is absolutely top hold too, starting with a flickery black and white intro sequence, complete with period music, and continuing throughout the game with pictures of all the aircraft and aces you'll be up against, along with plenty of performance figures and kill ratios.

In fact, the only real problems are those which apply to any flight sim. Firstly there are the inevitable horrors of flying a plane with a digital joystick, which means sloppy handling and occasionally unpredictable behaviour. The only answer to this is mouse control or an analogue joystick, but Knights Of The Sky doesn't cater for either of these terribly well. This has to be seen as a major oversight really, as any flight sim should try to offer authentic joystick feel.

Then there's the fact that to glance over your shoulder during a dogfight means fumbling around with the keyboard - it's usually easier just to try and guess where the enemy is. Combine the two problems and you get one big one, with baddies flashing across your view with gay abandon while you desperately wrestle with the controls to try and pursue them. Like I said, though, you get this with any flight sim. With only the likes of (the relatively poor and far slower) Blue Max competing with it, Knights Of The Sky has no trouble at all in immediately becoming the World War I flight sim.

It's got the lot - great graphics, seat-of-your-pants flying, accessibility (you won't need to worry about radars or chaff dispensers), and tinkly piano music. Take it from me: hedge-clipping in a creaky biplane is considerably more fun than the detached business of flying a modern warplane, and a lot less expensive if you come a cropper.

Uppers: Quite a different style of game to your usual jet fighter sim, and more enjoyable in most ways. Straightforward gameplay, great sound, graphics and so on. It doesn't really feel like a flight sim, and that's going to be a good thing for a lot of people.

Downers: Not for those who think of flying as a precise affair, or who thirst for speed and power. The level of graphic detail causes speed probs.

Immensely playable and atmospheric, making you wonder whether 90 years of progress have all been worthwhile. You've really got to try it to see the attraction.

Knights Of The Sky | The Men, Machines And Gravity | Real Seat-Of-Your-Pants Stuff | The Bottom Line

Immensely playable and atmospheric, making you wonder whether 90 years of progress have all been worthwhile. You've really got to try it to see the attraction. 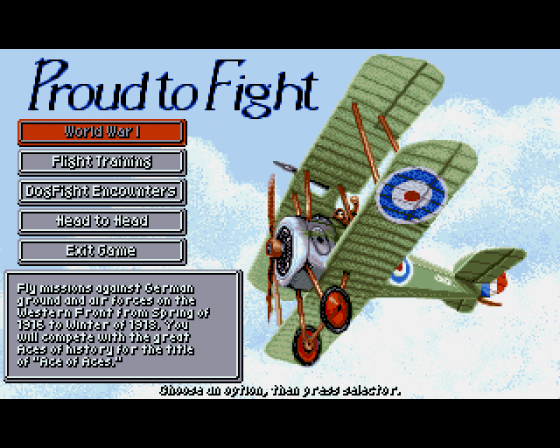 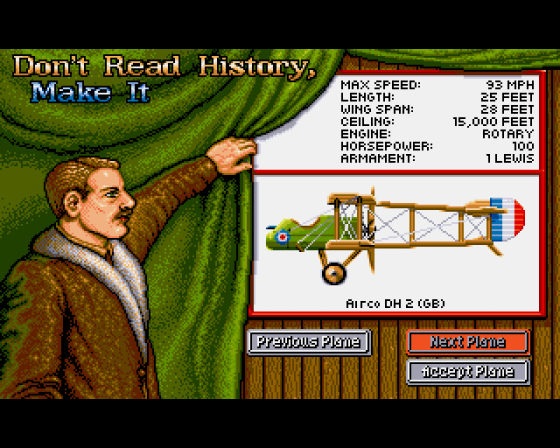 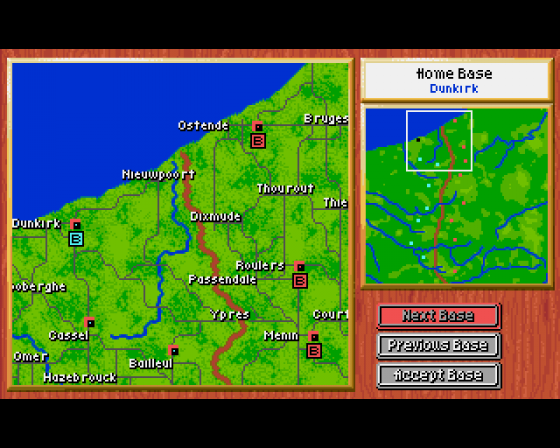 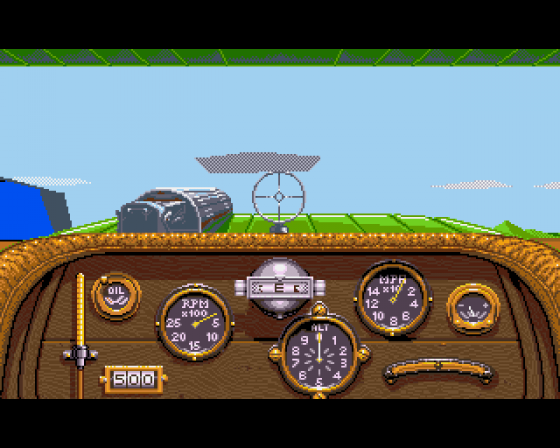 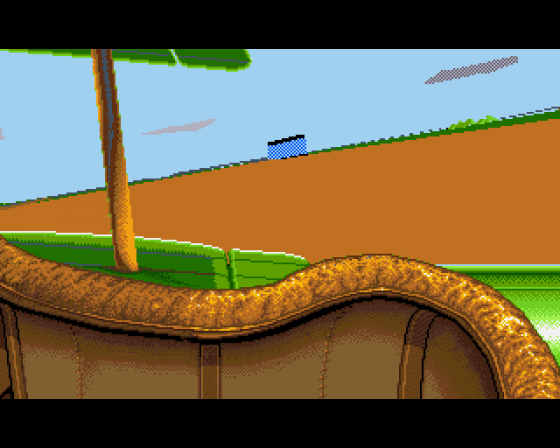 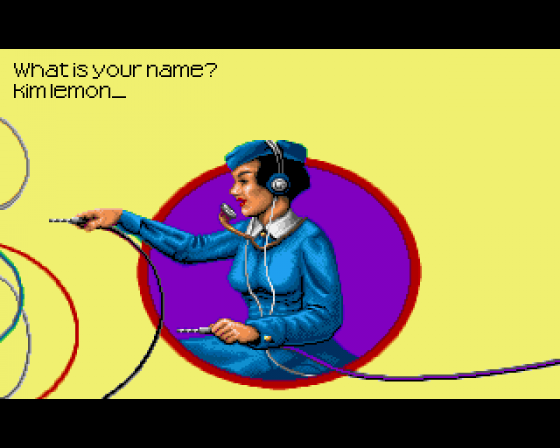 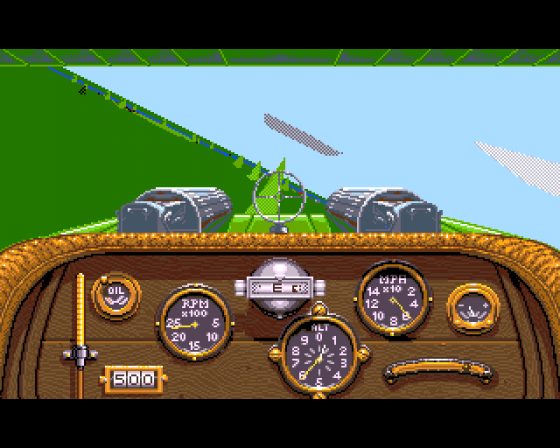 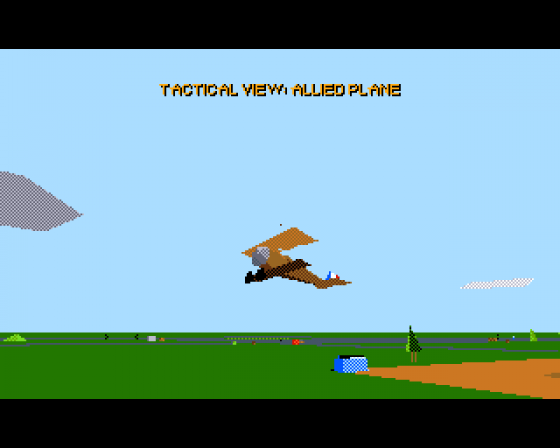