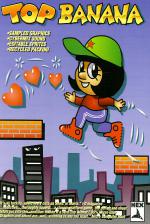 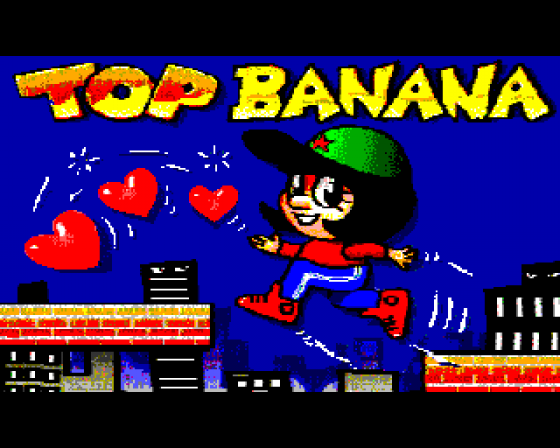 I wasn't in the best of moods this afternoon, and the last thing I wanted to have thrust at me was a game featuring psychedelic 'acid' graphics, a 'dance' soundtrack, a naive ecological plot, environmentally-friendly packaging and tings that reverse the controls and wobble the screen about when you walk into them. To rub salt into the wound, Top Banana (for pity's sake...) suggests I use "the power that is Love" to take on the various adversaries it throws at me - i.e. shoot them with heart-shaped bullets.

The game is probably best described as a cross between Rainbow Islands, Flood and the contents of one's stomach after a heavy Italian meal. It takes Rainbow Islands' vertically-scrolling platforms layout and Flood's slowly rising water-level (actually, Rainbow Islands' slowly rising water level, come to that), and implements them in a bilious mixture of confusing graphics and silly sound effects, the object of which is to collect things, shoot things and climb to the top of each level.

If it wasn't all so inconsequential I could have got quite cross with it. Not only is it impossible to see what's going on most of the time (which is probably just as well), but even if you could there wouldn't be much to do. Just collecting, shooting and climbing. You can't make rainbows or anything.

Even setting aside the above list of irritations (even the 'reversing the controls' one - I mean, why not go the full hog and have something that disables the controls altogether, or makes the screen go completely blank, or punches you in the face, pees in your beer and steals your girlfriend?), Top Banana simply fails to make the grade. Rainbow Islands does it all a hundred times better, and without all this 'acid culture' how-do-you-do.

Scrappy and annoying. The Amiga's equivalent of 'The Word'.

Ho hum. Not only is it impossible to see what's going on most of the time (which is probably just as well), but even if you could there wouldn't be much to do. Just collecting, shooting and climbing. 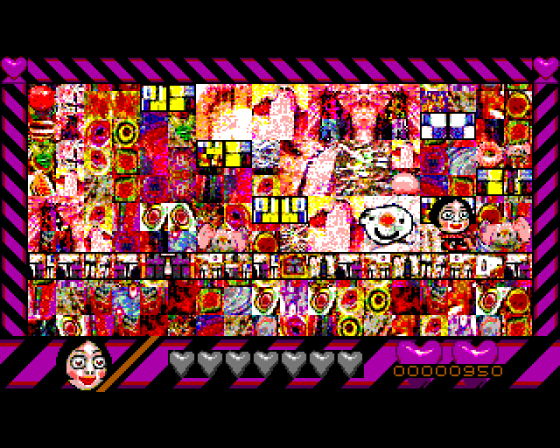 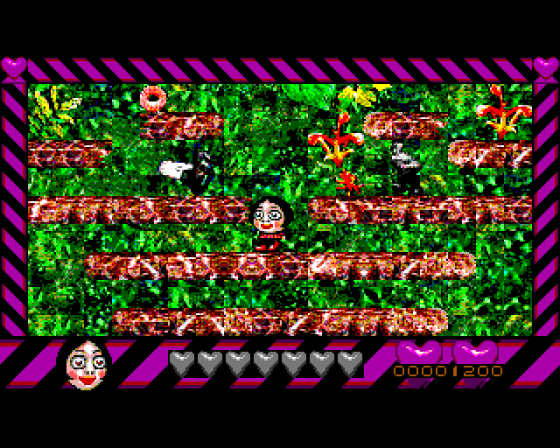 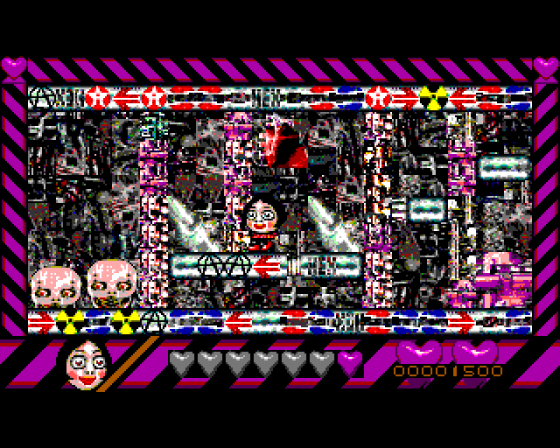 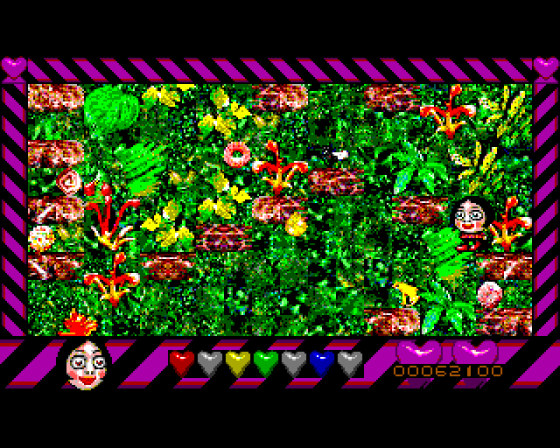