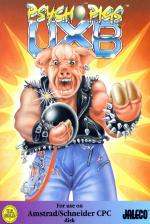 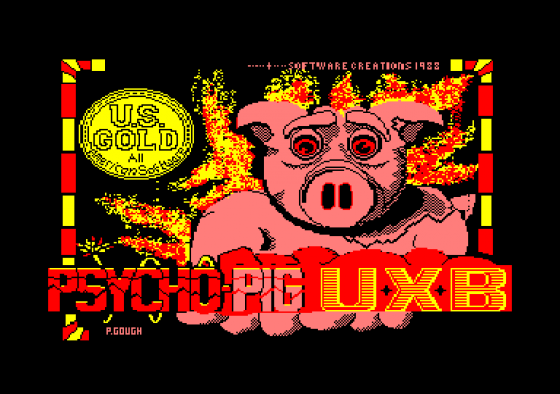 You're a pig. Yes, you are, you're a little pig (nothing personal), and you charge around throwing bombs at other little oinkers under the watchful eye of a referee.

Across the top of the screen is your score, number of lives and a space for objects. The rest of the screen consists of a large empty space with the occasional bomb or pig.

The bombs are lobbed at the pigs and any caught in the blast are killed. The other pigs can also toss bombs around and you lose a life if hit. Bombs have a number on them indicating how many seconds after throwing it will detonate. When all the pigs are dead you go onto the next level and after every third level there's a bonus screen in which you have to bash pigs on the head as they come out of holes in the ground.

Seven objects can be collected: tonic, rice ball, gas, knapsack, hyper bomb, sweet potato and 'I don't know'. Tonic - allows you to throw further, rice balls make you go faster, and gas puts the other pigs to sleep. The knapsack allows you to carry more than one bomb and the hyper bomb sets off every bomb on screen. A sweet potato is just bonus points and 'I don't know' makes you resistant to explosions.

A frantic oinky sort of a tune plays throughout, and the explosions are done well. The pig sprites are nicely drawn. Background graphics on the main part of the game - just a plain screen - are pathetic.

The only good things about Psycho Pigs are the tune and the title. Gameplay is just too easy and even the most incompetent games player in the world won't have much trouble with this one. It would be dodgy enough as a budget game, but at full price, it shouldn't have come out. It stinks.

Sonics 64%
P. The tune is marvellous.

Staying Power 26%
N. Not in the least bit difficult.
N. Every screen's the same.

Throw bombs. Fall asleep. It's not in the least bit difficult and every screen's the same. 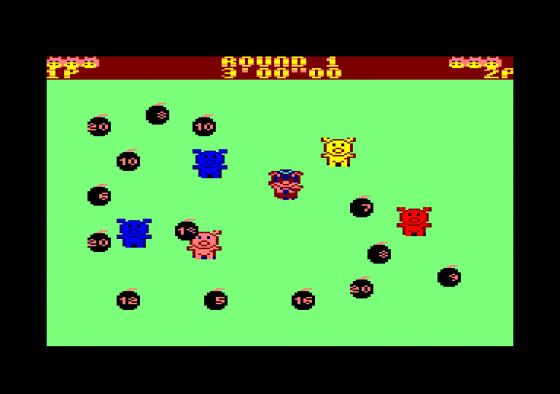