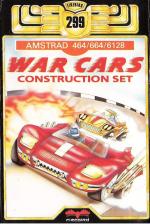 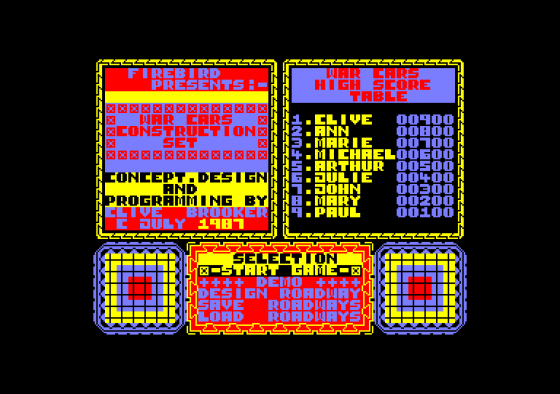 Hop into the driving seat of a chunky little car and prepare to race around a huge arena of roadways seeking flags. You compete against a computer opponent who also wants those very same flags.

The screen is split into three areas; two overhead views of the cars and a status panel. The status panel is split into three smaller areas: two panels that show how many flags you've collected (one for you and one for the computer) and a small scale map of the arena. On the map are three dots: your car, the computer car and the position of the flag. The roads aren't shown on the map so you have to work a route out by trial and error. The overhead views of the cars scroll in all four directions with your car remaining in the centre of the screen.

While looking for flags, you can delay your opponent by dropping boulders in his path. After a while, the boulders disappear. Extra boulders can be collected if you drive into a "rock flag". Bonus points are gained when you find a "bonus flag". You can gain an extra life by hitting the "car flag", and running over the "chase flag" allows you to hit your opponent's car without losing a life.

Up to five roadways can be defined using the track editor. The arena is very large, so designing a track will be a long process. Once designed you can save it out to tape for later use.

The graphics are colourful and the four-way scrolling is done well. There aren't any tunes and the effects are simple pings and explosions.

All there is to do is drive around a large playing area hunting for flags and after a few games it gets tedious. The track designer should make the game last longer, but since there's so little variation in play it makes little difference.

Simplicity itself in concept and not much fun to play. I expected a game called War Cars to be one with lots of action in it - not one where you have to avoid the other car! Even with a course designer you can't bring much interest into the game.

No problems seeing everything in green.

Staying Power 34%
P. Track editor to design your own courses.
N. Boredom sets in quickly with little variation from game to game.

Overall 37%
N. Less a war, more a quiet day on the software front.

I expected a game called War Cars to be one with lots of action in it! Even with a course designer you can't bring much interest into the game. 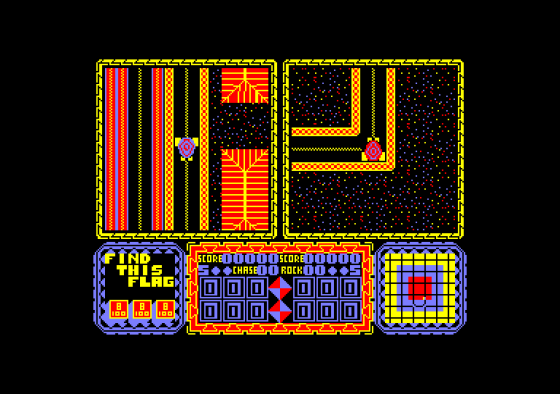