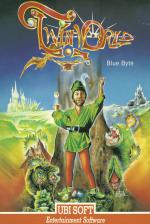 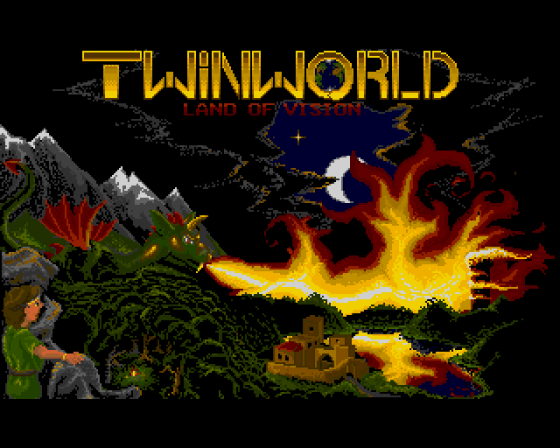 Twin World is just the kind of place you'd expect to find a cute, pot-bellied hero called Ulopa, isn't it? Of course it is. Ulopa is the son of the last King of the Cariken line, a ruling family who wisely watched over a peaceful and prosperous people (called Gaspards) for centuries.

Stupidly, the Carikens got lazy, allowing a horrible druid called Maldur to slaughter them and steal their magical, protective amulet. Only Ulopa survived, sneaked away by his father's faithful servant, Tharox. When Maldur tried to destroy the amulet, it blew up in his face, scattering 23 pieces around the kingdom. Once he reached shaving age, Ulopa swore vengeance, and set off to recover the missing pieces of amulet.

Before waving a tearful goodbye, Tharox imparted some nifty magical tricks to the wee scamp, allowing him to shoot powerful fireballs from his eyes. Finding coloured potions (they're everywhere within the 23 landscapes) allows Ulopa to select one of three eye-weapons, which quickly dispatch Maldur's meddling minions and allow him to get further. 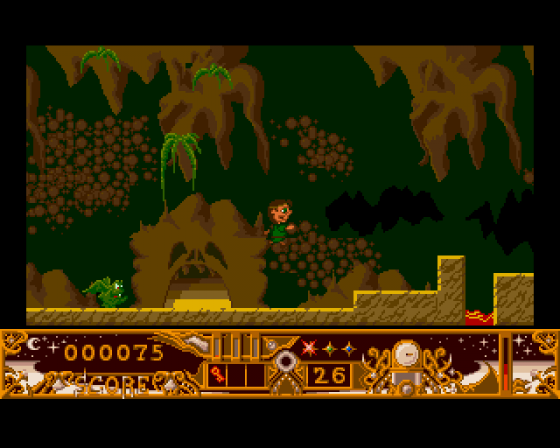 Each landscape contains an upper and lower world, which you have to hop between to find the correct route to the amulet and a warp door. On the way you can pick up some handy treasures for points, extra lives and potions, discover secret rooms and kill or avoid opponents. Some of them - like triffids and mini Gribbly-style dragons - take plenty of shots to kill. At the end of every fourth level you come across a treasure room packed with goodies, sometimes guarded by big dragons. This is the place to pick up all those handy extra points.

If there's something you don't have, just summon a seller and he'll usually give you what you want at a reasonable price. There are also plenty of bonus objects to be had. For example, if you leap too far, the fall kills you; picking up a parachute means you can jump any distance, and you'll simply float to earth. Other handy goodies include bigger jumps and shot enhancements.

Twin World is a great combination of platform and arcade adventure action. The control method and map design are both excellent, allowing you to progress just that little bit further every game - you soon learn which gaps are too big to jump, and re-exploring the same territory doesn't get boring. In all, it's one of the best 16-bit exploration games around.

Cute graphics, excellent animation and pleasant tunes are just a sideline to Twin World's great playability - check it out.

A great combination of platform and arcade adventure action... Overall, one of the best 16-bit exploration games around. 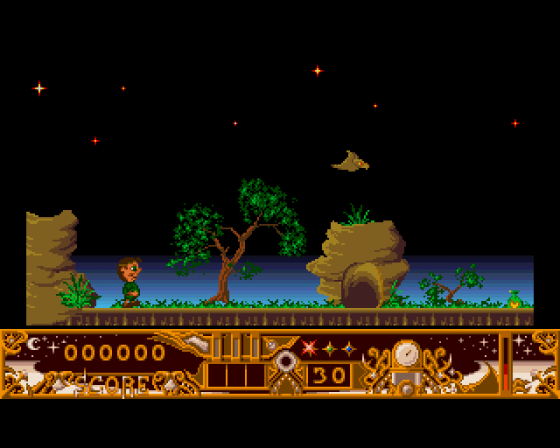 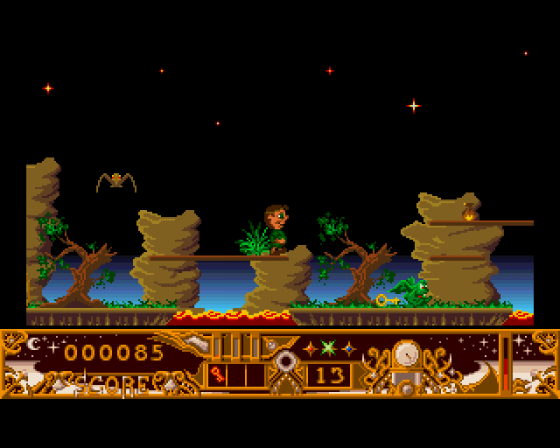 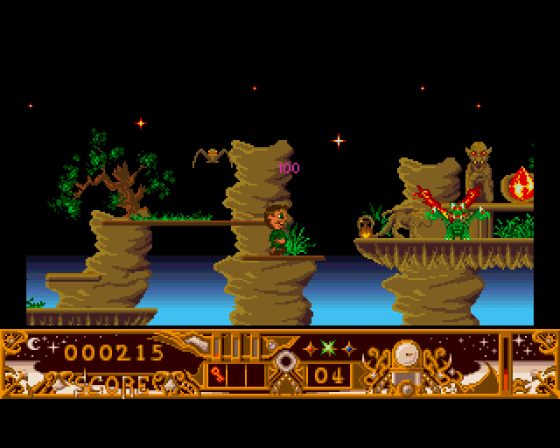 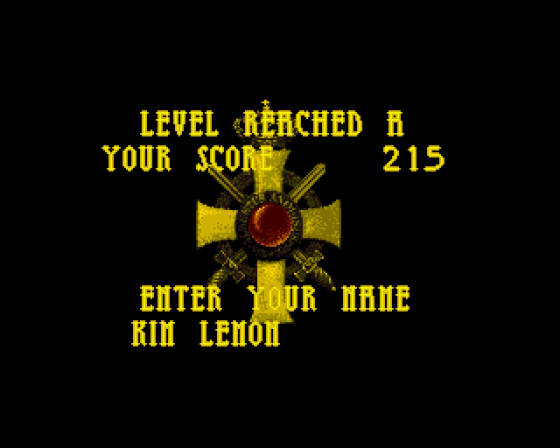