﻿ Toobin (Domark) Review | The One - Everygamegoing

Published in The One #16 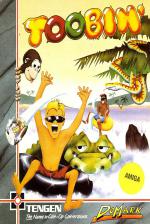 He may not be able to walk on water (yet), but Gordon Houghton can blow up his rubber ring and paddle with the best of them. This is a Domark production of a Tengen coin-op... 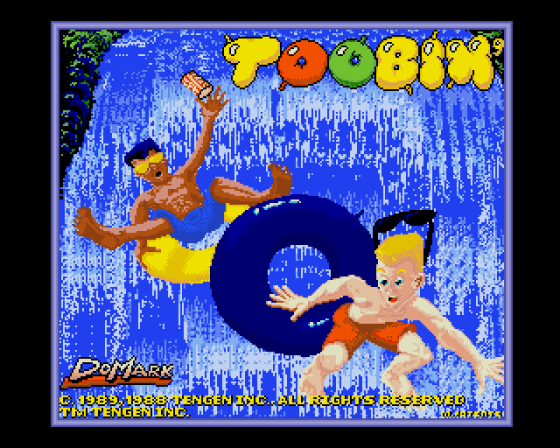 Tengen coin-ops are nothing if they're not original: dragonised shoot-'em-ups, split screen tank blasting and alien hunting, wacky cops and robbers and now - strangest of all - paddling and splashing fun in rubber rings on raging rivers.

Jet and Bif, two of the coolest tube-dudes around, have decided to chill on Mother Earth's baddest waterways. Slipping into a pair of the meanest shades and some outrageous Bermuda shorts, the head honchos of hipsterdom strut their funky stuff in a rubber ring and hot-foot for the Colorado river.

You may not have the arcade cabinet's multi-button control, but if you're looking for laughs, and not scared of being called a wet, then start making waves... 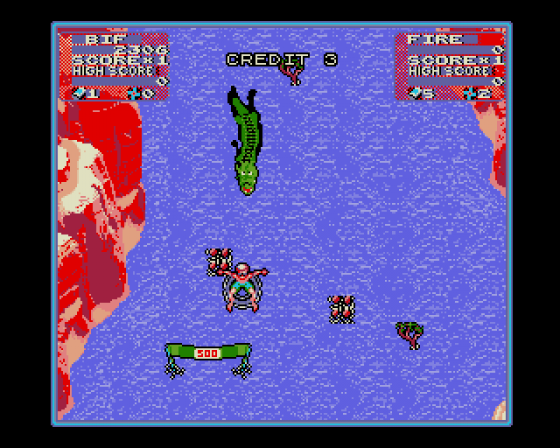 The first thing that impresses about Toobin is the music: it's brilliant! Not because of its technical achievements but because it fits the game so well. The same goes for the graphics: cartoony and colourful, they echo the coin-op's laid-back, silly style.

The sound effects are less impressive because they are more limited: an impressive 'boing' when the 'toob' bumps into an obstacle, and some neat spot effects as you get punctured or pass through a gate. In one-player mode it's great fun: deciding which treasures to go for, and paddling like mad to dodge danger or to nip out of the way of a laser-bolt.

But it's even better with a partner, as there are two of you to lob cans at obstacles, fight for treasure and escape from the croc. If you've got fewer points than your opponent, and you're feeling really vindictive, you can always jostle them into the nearest tree - whoops!

This is a faithful version of the coin-op without being a pixel-for-pixel conversion: the control system has been well translated, but more importantly, 16-bit Toobin has all the fun and playability of the original. Check it out.

A faithful version of the coin-op without being a pixel-for-pixel conversion: the control system has been well translated, but more importantly, 16-bit Toobin has all the fun and playability of the original. 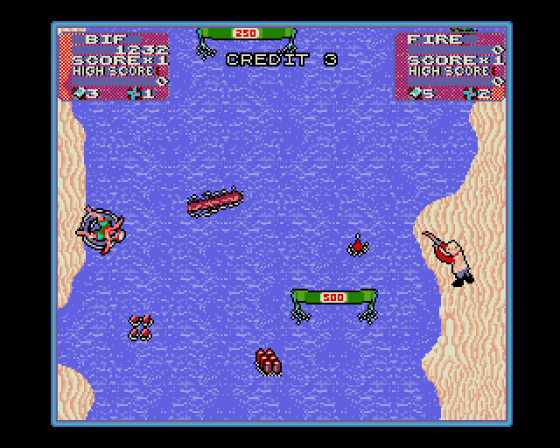