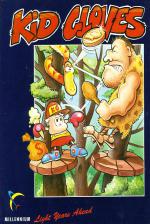 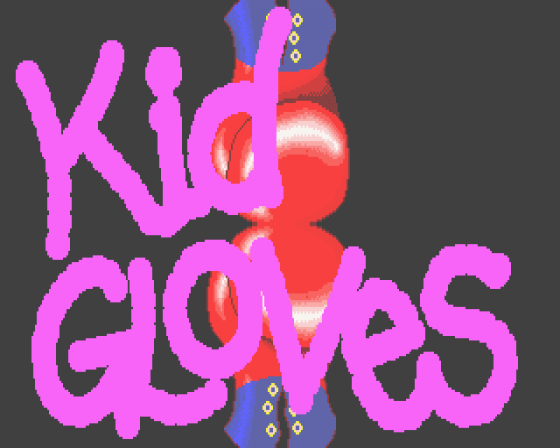 Little Kid is in a heap of trouble, but how was he supposed to know his grandfather's boxing gloves were magic? As soon as he put them on, he found himself in the middle of the rainforest surrounded by parrots! Will he ever seen his home again?

He might do, if he survives the journey back through a 50-screen platform game. His path is barred by the usual selection of monsters and pickups (including keys, extra lives and fruit) in a flick-screen environment. The only out of the ordinary features are the nifty spells - although you don't know what effect one has until you've tried it out - and the option to transport yourself back three screens if you get stuck.

Kid Gloves has no more to offer than any other platform game, but it's still good fun. The presentation, apart from an innovative stage shadow effect, is pretty minimal, and the collision detection is highly dodgy making gameplay frustrating at times - but it doesn't stop you wanting to have one more go. 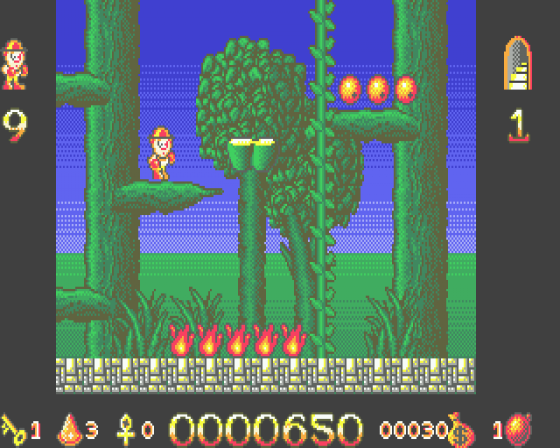 This is partly because the backgrounds are so varied: after every ten levels the theme completely changes, the weirdest and best being the psychedelic section with its mass of abstract colour. It's also compelling because of its sense of humour and range of impressive weaponry.

Twin World and Rick Dangerous are better examples of this type of game, but if you're tired of those two, this is a challenging alternative.

Virtually the same game as the ST down to the last sound effect. It's nothing unusual, but it should place people who pant after pukkah platform products.

Twin World and Rick Dangerous are better examples of this type of game, but if you're tired of those two, this is a challenging alternative. 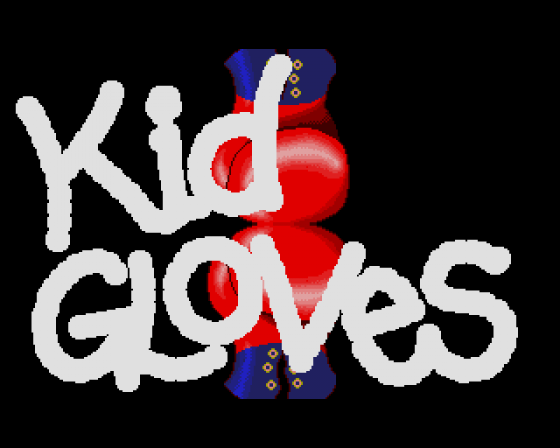 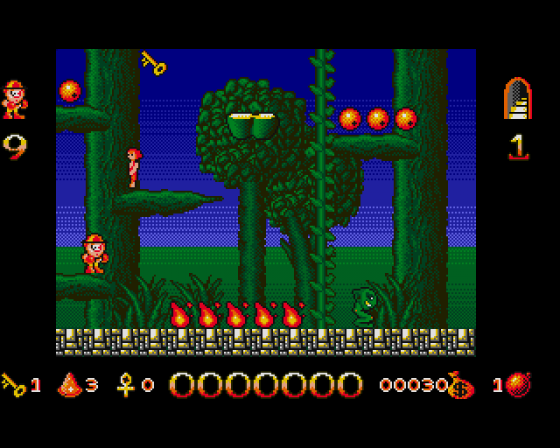 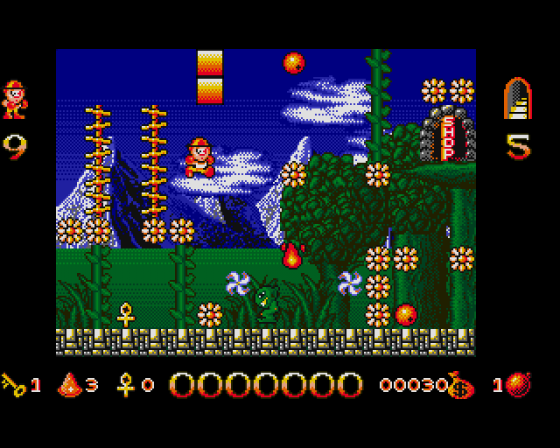 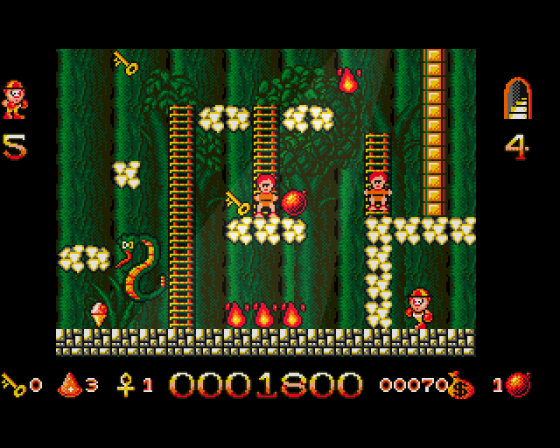