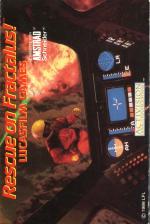 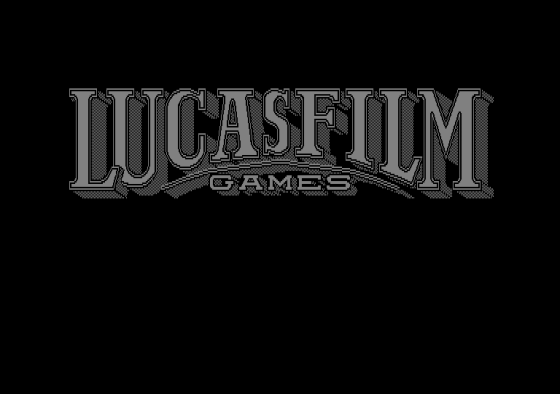 One of the newest techniques in programming is the use of 'fractals', one of the trendier branches of mathematics, and this is the first Amstrad game to feature them. In a nutshell, the closer you look at a shape the more detail you see, and the detail is akin to the overall shape.

You'll see their effect when you start flying a ship around the planet of Fractalus, where the surface is a mass of crags, canyons and mountainous peaks. In this hostile landscape you have to rescue downed pilots and blast the enemy defences.

The mission starts at one of 16 levels with you being automatically launched from a mothership and flown down to the planet's surface. Once you get there, the ship switches to manual control and you can fly around for a bit admiring the graphics. The planet, coloured dull brown and yellow, is featureless apart from the crags, but it still looks good when it moves. 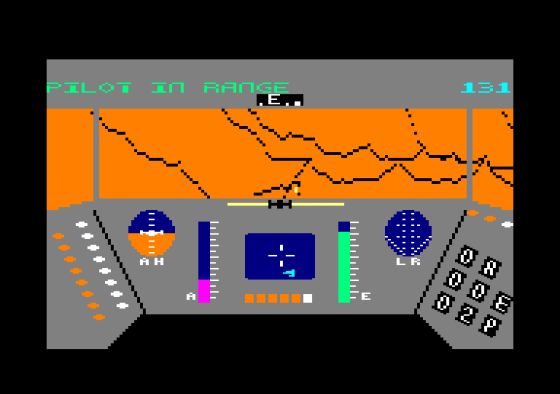 The task on each mission is to rescue a number of pilots from the planet surface where their ships have crashed. The number depends on the skill level, as does the level of defences you'll encounter. There are only two sorts: gun emplacements on outcrops of rock and flying saucers. All you have to do is fly around looking for pilots on your radar, land within range of them to pick them up by opening the airlock and then take off it in search of another one. Meanwhile you can blast the guns and saucers that get in your way.

After a while the mothership will return and you can fire boosters to get back up to it. If you've collected all the pilots you'll get a bonus and move onto the next level, otherwise it's back down oh the same level to finish off.

Beneath the view of the planet is your ship's instrument panel - you'll constantly need to refer to it. On the far left is a speed indicator which can be set at eight levels, while on the far right are readouts of range to a pilot, enemies destroyed and pilots still to rescue. The middle of the panel has an artificial horizon, altimeter, wing clearance bars, targeting scope, energy gauge and pilot scanner. 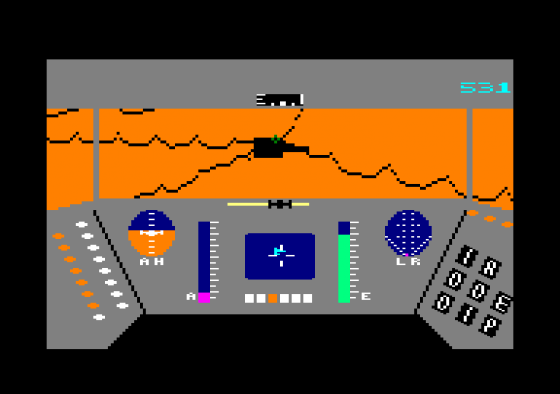 All those controls aren't needed much until you reach the higher levels of play, where night falls on the planet and you have to fly blind through the canyons. All bumps into walls, hits from guns and collisions with saucers cost you energy, but this is increased again by picking/up pilots.

The process of picking up a pilot is nicely done. An animated figure runs toward you and then bangs on the airlock to be let in. There's also a surprise in store on later levels, and I guarantee you won't be ready for it.

The fractal graphics are used well and produce a convincing planet surface effect, but the control of the ship leaves something to be desired since it is very prone to oversteer. Gameplay becomes repetitive quite quickly, but this higher levels do provide a tough enough challenge to keep you occupied.

Fractals are wonderful things, but it would take something altogether more drastic to justify buying this game. There's all that landscape, but nothing to do except fly around it, shoot at it and land on bits of it. You've got so little control over your craft that there's hardly any skill involved at all.

It's all every bit as bright and clearly visible as it was in colour - in short, not very.

P. Good use of fractal graphics.
P. Pilot-collecting sequence is well done.
P. Higher levels are quite a challenge.
P. Night flying adds to the difficulty.

Gameplay becomes repetitive quite quickly, but this higher levels do provide a tough enough challenge to keep you occupied. 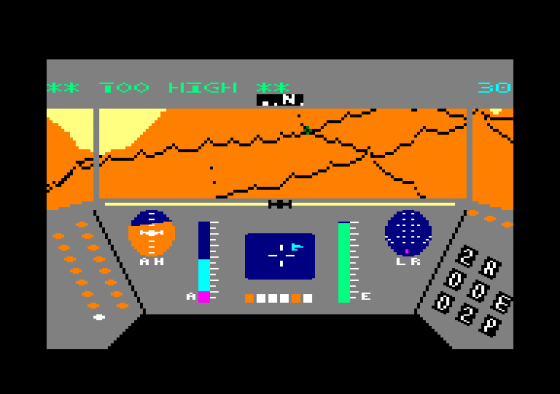 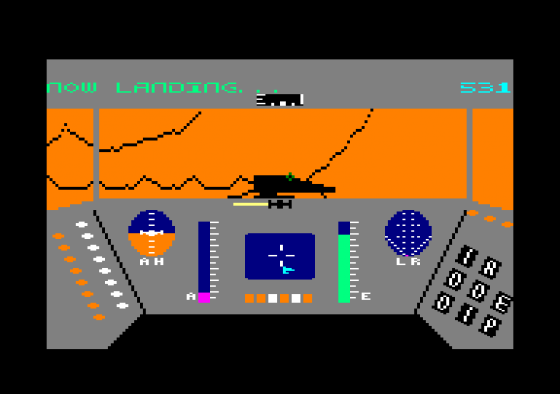 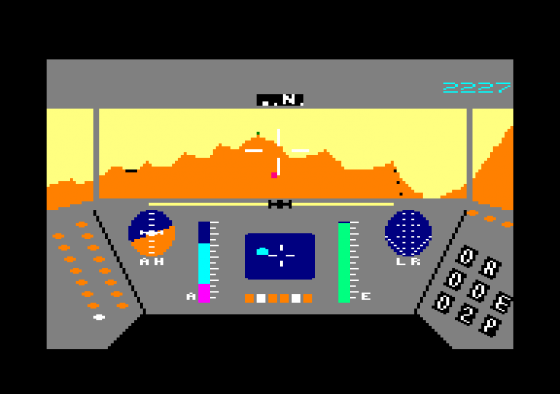