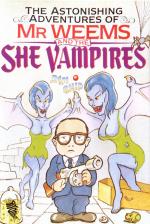 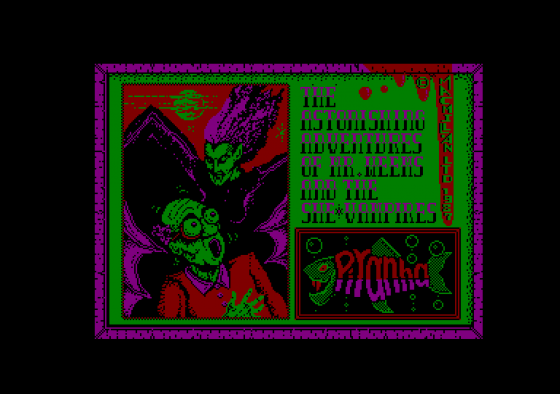 Lots of imagination obviously went into the title, but not so much into the game design. It's another Gauntlet derivative. You play Mr. Weems, a bespectacled, harmless little man whom you'd expect to find in an accountant's office.

You find yourself plonked down in the She-Vampire's mansion and must make your way through six levels packed with her deadly minions. At the end you have to bump off the Great She-Vampire and head for the exit at full speed.

The six levels of the mansion are littered with coffins and jars, which produce the killer minions. These come in the form of bats, Frankenstein monsters and She-Vampires. You can bump these off with the garlic gun you carry or explode a garlic bomb, if you've picked one up, which will clear the whole screen. Once the screen is cleared you can shoot the coffins to stop the minions coming back when you return to the screen. 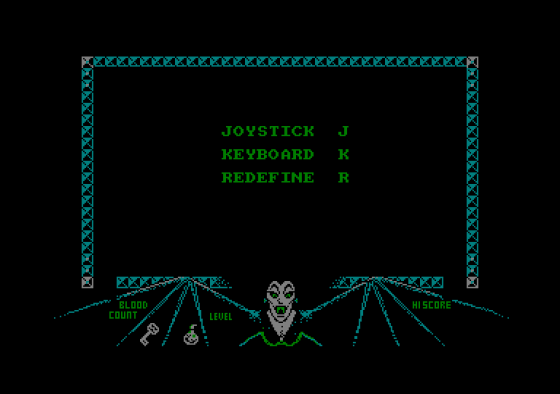 On each of the first five levels there is a secret weapon you have to find. All five are needed to eliminate the Great She-Vampire. They aren't always easy to find because the levels include hidden doorways and transporter blocks.

Keys, garlic bombs and bottles of blood are also found lying around in the mansion. The keys open doors, and the bottles keep up your blood count, which is drained by contact with the monsters.

The gameplay is much like any other Gauntlet derivative. I'm finding it increasingly difficult to get excited about them. This one's got detailed graphics but very little colour. It's hard enough to cause plenty of problems, and you'll have to do a lot of exploring. Personally I'm looking forward to meeting the She-Vampires at the PCW show. 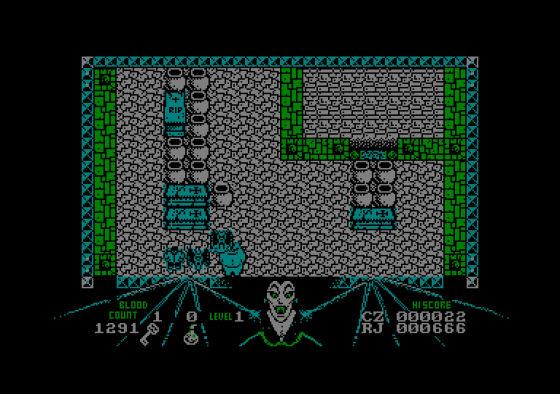 I found the screens cluttered and lacking colour. Lots of objects and monsters - a trifle confusing. And the sound: well, it didn't cause any excitement. The game isn't bad. it's just that it has been done before. Not once, not twice, not... In all fairness, though, the graphics are detailed and there's lots to explore.

Some levels are not as clear as they could be.

Grab Factor 62%
P. Quite addictive exploring and shooting.
N. The Gauntlet format is rapidly getting boring.

Could've been better... The graphics are detailed and there's lots to explore. However, the screens are cluttered and lacking colour. Lots of objects and monsters make it all a trifle confusing. 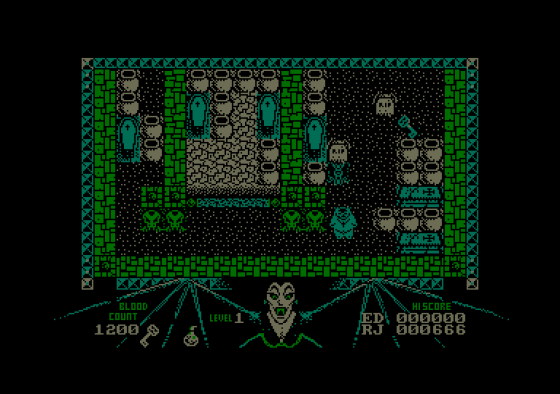