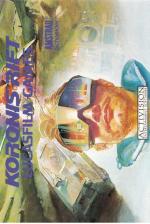 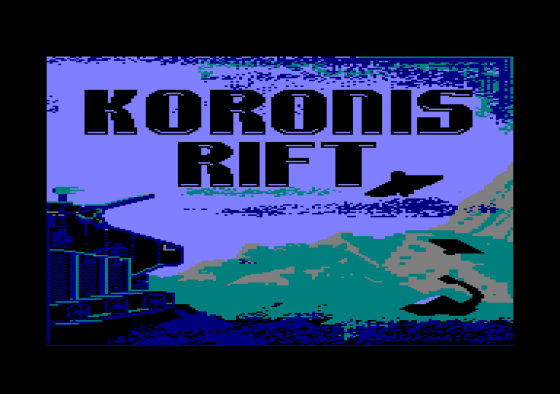 Disk-only games are something of a rarity, which is a surprise when so many people own 664s, 6128s or disk drives for the 464. This makes it all the more pleasing when one does arrive and it turns out to be a real cracker. You are a Techno-scavenger out to plunder the planet Koronis of its technological treasures found deep in the planet's rifts.

At first sight the instructions look dauntingly complicated. But fret not: most can be ignored to start with: read them later for in-depth knowledge of the game. There are 20 rifts that you have to get through by a mixture of exploration, shoot-'em-up, strategy and luck. There are two sections to the game: on the planet surface in your "rover" where everything has to be done quickly, and back in the "scoutcraft" where things are much more leisurely.

You first have to launch the rover into the first rift. A craggy, shadowy landscape is revealed, changing smoothly, quickly and convincingly as you drive through it. The use of fractal mathematics to create the feeling of perspective and movement is excellent: if you drive across a slope the view even tilts horizontally. Above and below the planet view are instrument displays. A cursor appears within the view. 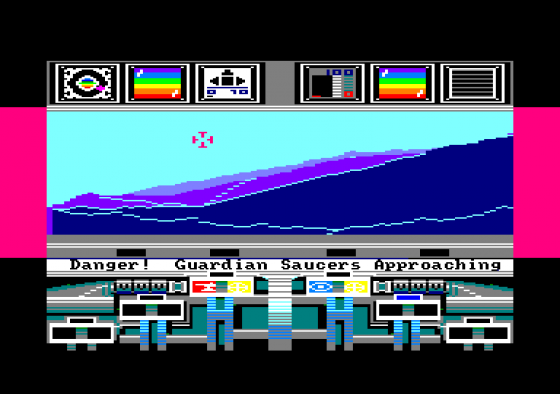 You're driving around the rift in search of "hulks" that you can loot for their technological artifacts. However you are continuously buzzed by guardian saucers trying to stop you; they have no qualms about spilling a few drops of scavenger blood. The on-screen cursor aims a laser which can destroy the guardians - but watch out for their return fire.

Once the area is clear you can send out a "repo-tech" robot to loot the hulk. It will bring back a module that you can store in one of six spaces on your ship, two of which are already filled. You can then go off in search of other hulks until you've got six modules, run out of hulks, or just feel like a break from the action. At this point you just need to get clear of guardians and call the ship.

On board you see your "Psytek Science Droid System Analyzer" sitting amid lots of high-tech gubbins. He will analyse the various modules you've brought back and give you an idea of their usefulness. There are seven types of module. Once installed they give your rover different abilities with weapons, shields, power, radar and so on. You can dismantle modules you don't want or store them for later use. 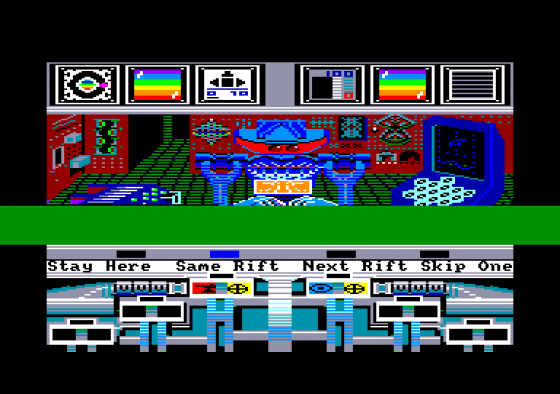 The robot is quite nicely animated as he performs tasks, moving his arms and hands around and shuffling the modules on a conveyor belt in front of him. At this stage of events you can also move to the next rift, skip a rift, load or save the game, and return to the same rift.

As you collect modules you can deal with more difficult rifts and more numerous and more skilled guardians. An important part of this is the colour-coding of the guardians: weapons, modules and hulks. Six colours are used. The greater the difference between a weapon and shield colour, the more likely damage is to occur. For instance, a purple laser is best against yellow shields and a blue shield defends best against a blue laser.

The graphics are excellent, smooth-moving and realistic. The saucers and hulks are colourful and well-designed, and they explode well too. The gameplay is a mixture of breathless rushing around followed by long pauses to regain composure, and will get you hooked. The strategy and depth of the game both take time to come out but are important; you'll need to work hard to get very far.

An excellent addition to any disk owner's collection.

This is a lovely game to watch. The fractals are very realistic. The landscape is never still: you get a great feeling of movement and perspective. Even without those wonderful graphics Rift is absorbing. The tendency to blast anything that moves is strong but do that and you won't get far. There is a large expanse of playing area that has to be searched and lots of hulks to loot. Which reminds me, I haven't found the last of them yet...

Playable, but colour-coding is very difficult to distinguish.

Loot all hulks in rift 1.

Sonics 63%
N. No music to speak of and few effects.

Overall 90%
What disk owners have been waiting for.

The fractals and features will amaze immediately. This is what disk owners have been waiting for. 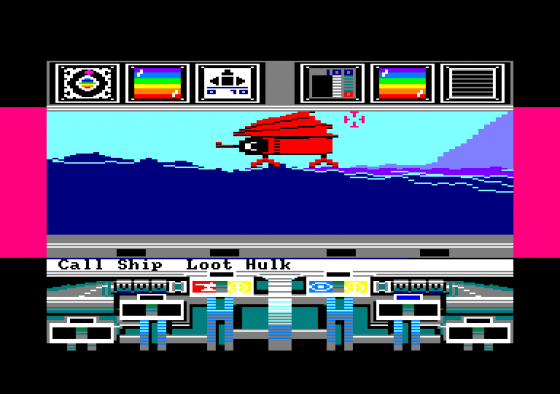