1st May 1990
Enterprise
By Mastertronic Plus
•
Amstrad CPC464 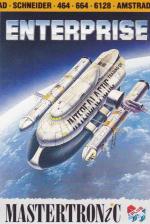 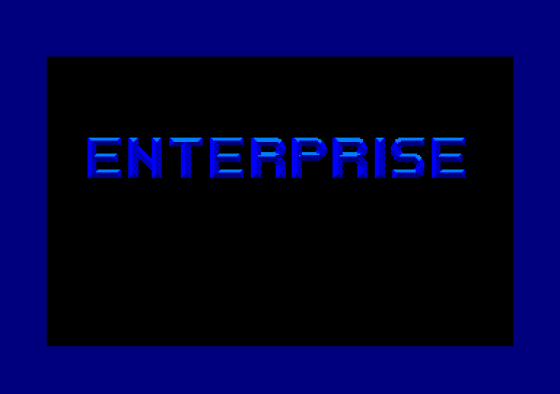 Lost in space? You will be when you play Enterprise, the latest budget re-release from Mastertronic. It's another of those space trading games where you fly around the galaxy trading goods with interstellar lifeforms. Buy cheap and sell dear. All the fun of the stock-market, only in outer space.

Enterprise is an Elite clone, but doesn't touch it in gameplay. The goods traded are simply called Class A minerals, Class B minerals and so on through to Class P minerals. There are reputed to be five billion planets to visit, but in practice these are all the same. In Elite, all the planets have unique names, descriptions, population data, and various other factors that add interest and character to the game. Here you just have the barest information to go on.

The most important aspect that's missing from the game is a combat section. There are no pirates to fight off, no traders to ambush, and generally nothing to do. Outer space is thus extremely boring. Once you come out of hyperspace, it's simply a case of flying toward a planet, and twiddling your thumbs till you get there. 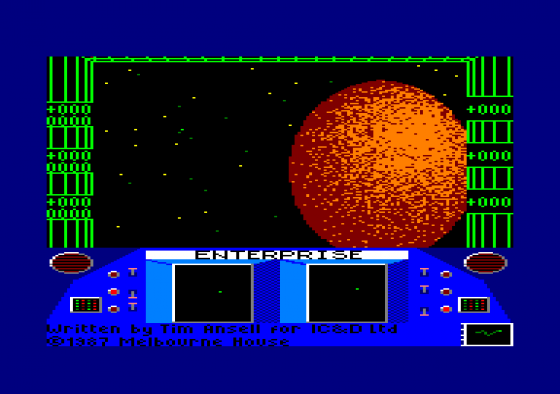 The best part of the game is when you land on a planet and meet an alien. A little animated face appears and "talks" to you. It tries to reply intelligently to your sentences, with varying degrees of success. It can be quite amusing for a while. General chit-chat doesn't achieve anything though, and certain necessary key phrases are brought up by pressing the function keys. These include lines which actually get things done, like asking: "How much is your fuel?"

Enterprise may keep you amused for an hour or two. It's fairly well programmed and has some nice graphical touches. There isn't enough depth or atmosphere to keep your interest for much longer than that, though.

It's like a feeble cross between Captain Blood and Elite, and I didn't go much on those either - sorry!

Sonics 20%
N. Annoying bleeping all the way through the game.

Staying Power 25%
N. A shallow game with not a lot to do.

Well programmed and has some nice graphical touches... But there isn't enough depth or atmosphere to keep your interest for much longer than a few hours. 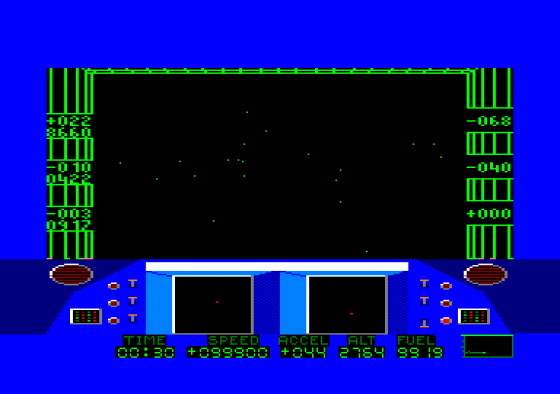