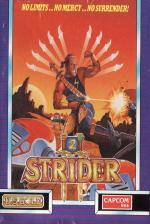 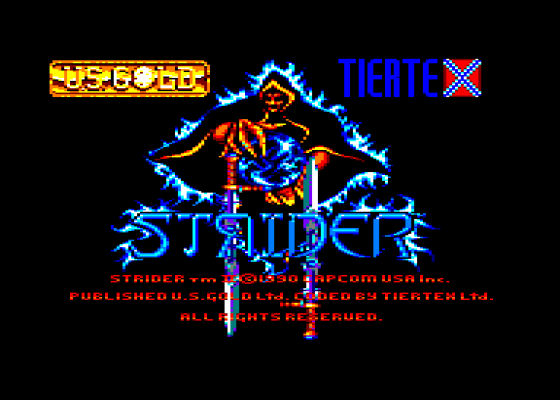 The further adventures of that mega-athletic somersaulting ninja continue in Strider II. The President of the World has been taken captive by aliens, and it's down to Strider to rescue her. And the sword-wielding super hero is even better armed for his latest adventure - as well as a sword blade, he has a laser-spitting gyro gun...

The whole look of Strider II is much changed from the original version. It's very, very, colourful! Strider was drawn in four-colour mode, giving it a very crisp, clear look. For Strider II, the programmers have opted for sixteen colours, losing out on the sharpness, but making it a brighter, bolder-looking game. As well as the visual 'improvements', the other obvious change is the gameplay. Strider can still cartwheel and put his sword about with the same devastating efficiency - but in addition he can shoot at the enemy with his gun, and climb ropes.

At the end of each section, an end-of-level mega-baddie needs to be confronted. Strider's usual fighting technique is hopeless against such awesome foes. Luckily, our hero has the natural ability to turn into a robot powerful enough to take on the toughest enemy. 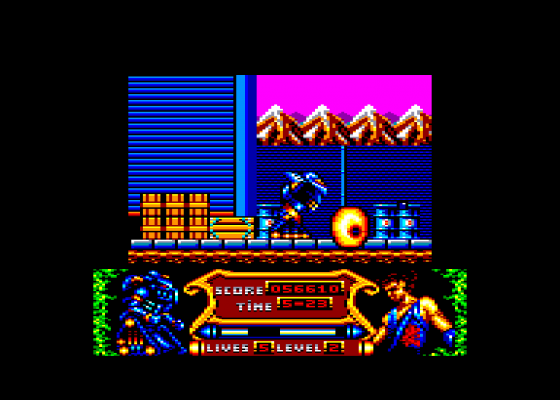 Strider's additional movements are quickly learnt, and soon the oriental death-dealer is doing all manner of acrobatics under your control. Shooting is done with the Fire button alone. A sword stroke is achieved by a combination of Fire and one of the directional movements.

The first level has Strider starting off in the jungle. He has to make his way through to a complex where the action really starts. Most of the foes that have to be dealt with are foot soldiers. They fire at you, but their bullets can be dodged, and you can fire back! The sword is useful for close-combat, decapitating anything foolish enough to be in the way.

At the other end of the level, turning into a robot to face the end-of-level nasty just comes naturally. (It's an automatic metamorphosis and takes place just before the big baddie is met.) Strider's usual amazing dexterity is lost for these conflicts. He can no longer jump or duck, and is only capable of moving left or right and firing. Consequently, it is almost impossible to avoid the enemy fire, and you've just got to hope that your armour lasts out longer than your adversary's. 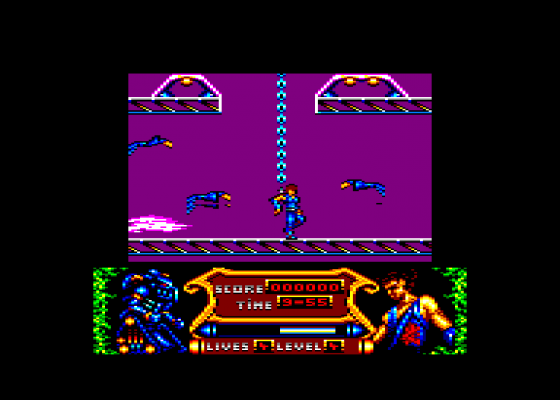 The length of service that your protection gives is governed by tokens collected as you move through the game. There are several areas that don't need to be visited to reach to reach the end of the level, but it is wise to go there just to stock up on those tokens.

There are five levels to get through in Strider II. Unfortunately they are far too easy. The ability to take pot shots at baddies means that you no longer have to come up close when going in for the kill. Though levels are large, little damage is taken. And if you've collected enough of the tokens, you'll be able to survive the end-of-level battering.

The original Strider had a tremendous atmosphere, brought about by the stylised graphics and stunningly original gameplay. Strider II has none of this. Graphically it looks pretty similar to more so than any one of a hundred other games.

There's no real gameplay improvements either - the ability to shoot, as well as swing your sword, adds little; it perhaps even detracts from the uniqueness of the game. On top of this, the game will be completed by the majority of players in the first couple of sessions - which means it's much too easy.

Strider fans will be disappointed by this game's inferiority to the original. Newer ones will wonder what all the fuss was all about in the first place.

Strider II is a lacklustre follow-up to one of the best Amstrad releases. While not entirely bad, it lacks the smooth slow and sense of real urgency that made the original such a dream to play.

Get to the final level.

Graphics 69%
Bold, bright and colourful but not as crisp as the original's.

Sonics 48%
Sound is limited to spot effects only, and not terribly good ones at that.

Grab Factor 73%
Easy to get into with big levels to explore.

Staying Power 46%
It's too easy to make progress, and once you've finished, that's it.

Overall 60%
A poor sequel that's too easy by far.

A poor sequel that's too easy by far. 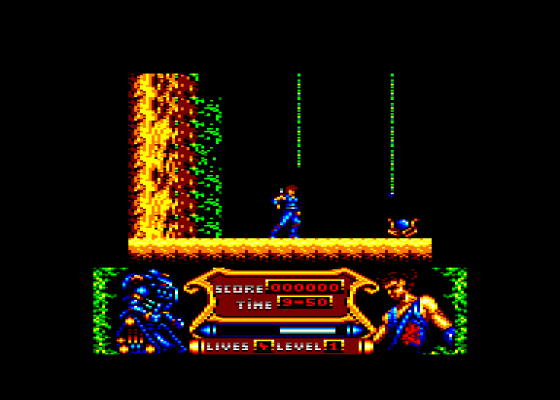