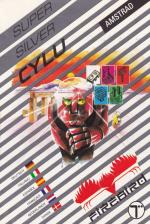 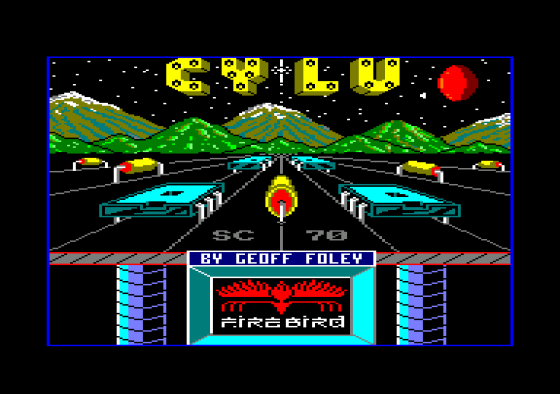 This is the latest in the Super Silver range and it's another arcade adventure featuring the 3D graphics that characterized the Ultimate games and Chimera. You are once again controlling a robot this time called Cylu - in a test of skill that will make you the leader of the people if you pass it, or even get you on our high score tables.

The screen designs are very much as in Chimera but with more nice touches and movement to them. Each screen is part of a large maze which has to be explored in order to complete the task, but each individual screen is in fact very small. They only occupy a small area in the middle of the screen with a status screen below and the rest of the space black and unused.

The robot begins his task next to a master computer and this is the point to which he will have to frequently return. His job is to deposit 24 objects found in the maze to this point in order to complete the game. However to get at all 24 he has to overcome many obstacles.

The most important of these is his fuel supply, which is continually running out whether he moves around or not and when it reaches zero it ends the game. There are 30 fuel canisters lying around the maze which can be stored in one of the five cargo bays along with many other objects and used when fuel is low. There is also a master refuel unit but that is a good deal harder to get hold of.

Other hazards will only delay Cylu's progress and not kill him, but with the frightening rate at which fuel disappears that is punishment enough. Apart from the twists and turns of the maze that call for good mapping skills and many repeated games there are 32 forcefields that bar the way to sections of the maze.

The force fields can be deactivated by depositing a silicon chip at the master computer but each chip will work on a different barrier. This means that again you will have to work out the best route and strategy to survive as long as possible by repeated exploration. Walking isn't the only way of getting around, though, since there are teleport terminals that get you to isolated areas of the maze when used with the right key.

There are several controls to manipulate the objects you find: get, drop, examine, use and examine force field. These will help you identify objects and in the case of force fields, which chip will deactivate them. This puzzling element adds a lot of interest to the game although it does still rely a good deal on tried and error.

There is a save game option but the action takes place at a fairly rapid rate so that you probably won't find much need for this. It demands quick thinking and action and until you've mapped a lot of it a fair bit of luck. Certainly one that will have to be worked at for a long while to complete.

This struck me as a shrunken version of Chimera and, as such, nowhere near as satisfying as that game. Mappers and puzzlers will find enough to entertain them, but there's a limit to how long a 3D-rooms-with-robot game can hold my attention.

The graphics are small but perfectly formed, the animation's nice and the playing area's interesting. There are minor gripes - the sound's weak, the colours are gaudy and there's no joystick control - but the main gripe is the dull long-term task. It's certainly playable, and represents quite good value for money. It would just be nice to have something a bit more interesting to do in this kind of game.

Those garish colour combinations might be ugly with a modulator, but they re a real problem on a green screen. A real squinter, I'm afraid.

P. Attractive screens and colour.
P. Complicated playing area to explore.
P. Tough game task that will take many, many games and mapping to complete.
P. Puzzle element adds nicely to the game.

N. Screens occupy a very small display area.
N. Fuel runs out much too fast for my liking.

Attractive screens and colour... The puzzle element adds nicely to the game. 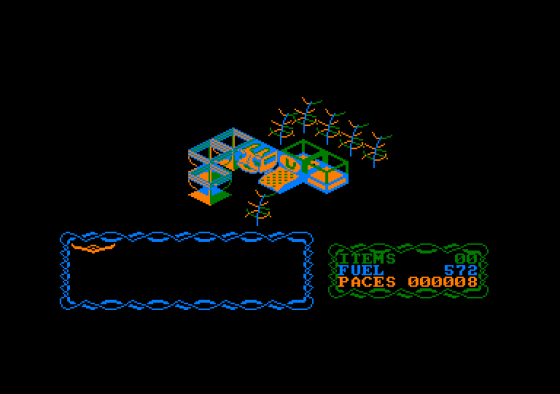