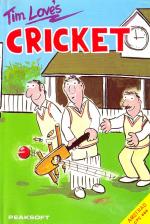 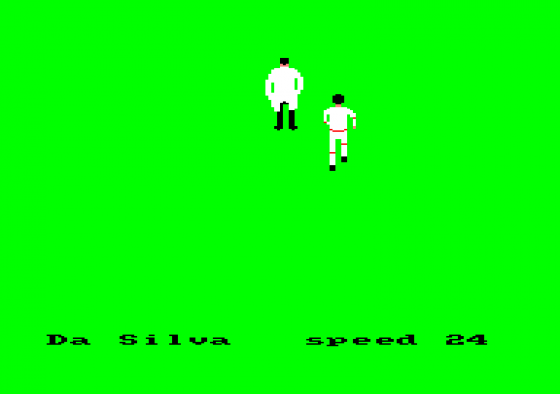 As England prepare for their mammoth task in the Test series against the West Indies, you can sit back in a comfy chair and while away a few lazy hours playing Tim Love's Cricket on your Amstrad. Rain won't stop play, and the only bad light you have to worry about is if there's a power cut.

The game is a combination of joystick and keyboard action with a hefty dose of tactics and cricketing strategy. Either one day games or full blown test matches can be played and whether you play the computer or a friend there will always be a result, never a draw.

The first step is to decide which teams you want to play. An England team and a World XI are initially provided but, if you don't fancy the programmer's selection, these are easily changed. Each of the eleven players on the two sides has three types of information on them a description of the type of player (batsman, wicketkeeper, fast, medium or spin bowler) a bowling rating and a batting rating. These descriptions can be altered before the match to produce the composition of players you like. 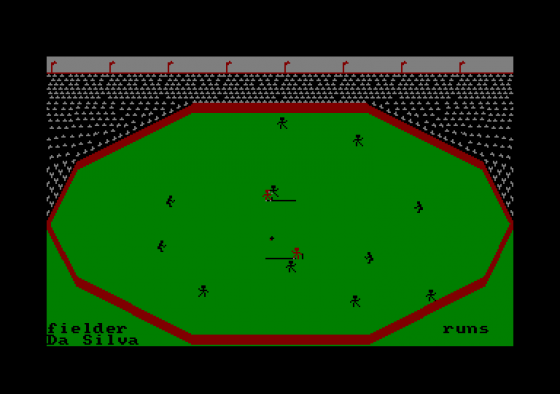 The bowling and batting ratings have to be allocated out of a maximum of 30 and 50 points respectively, but nine is the highest that one player can be rated. When allocating bowling points, you need to remember that six bowlers will be needed for a one day game but less for a test match. Having decided the type of game and opponent there are three skill levels to select from: village green, county and test match. The difference between them is the speed at which action sections of the game move.

The bowling side has to use the cursor keys to control the players' actions while the batsmen uses joystick. Having selected a bowler (remember not to tire one individual out) you can control the speed of approach, angle of delivery, pitch of the ball and the swing or spin. This is done during a 3D animated sequence in which the bowler runs up the screen which then scrolls to reveal the batsman as the ball is delivered. The run up is nicely animated except for the bowlers' feet which are reminiscent of Charlie Chaplin's.

The batsman has control over both the batsman's body and bat. As the ball approaches, he has to quickly get into position and angle the bat to hit the ball. He can be out in most of the usual ways like l.b.w., clear bowled or hit wicket. If he makes contact or the ball whizzes by the wicket the view changes to that of the whole ground dotted with stickmen players. These can be positioned at the start of the over to try to prevent runs. 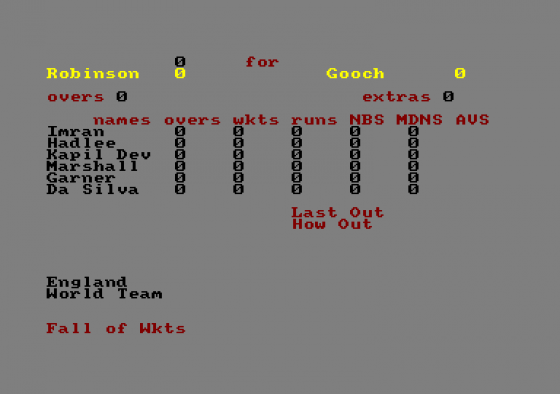 At this stage the batsmen can run, but are still at risk from catches and run outs. Fielders chase the ball and can be made to dive to stop it. Controlling them can be tiresome as you have to keep switching players and when they do dive they look like they've just fallen out of a pub. The ball is automatically thrown back, when a fielder reaches it, in a long, curving arc to the wicketkeeper's end.

The action continues like this with runs toting up, wickets going down and statistics being compiled until the teams are out or the 60 overs is up for a limited overs game. Against the computer you won't last long against a decent team but a friend can provide much more unpredictability and excitement. The graphics are unsophisticated but serve their purpose as do the noises of leather on willow, well... wet kipper on blancmange then, and footsteps. Certainly one for the fan, but with a potentially wider appeal.

If you're not a fan of the real thing, beware of this program. It takes almost as much time to play as a test match and demands a lot of attention from the player. If you're prepared to give it, the game will reward you.

The computer opponent, though, can be tiresomely good, catching everything in sight, whacking each ball for boundaries and dismissing you for a pathetic total. It will then score in the region of 1,000 very quickly. Play a humanoid - it's more fun.

N. Cricket's a funny game and may not appeal to all.
N. Very little sound.
N. No lunch or tea intervals. 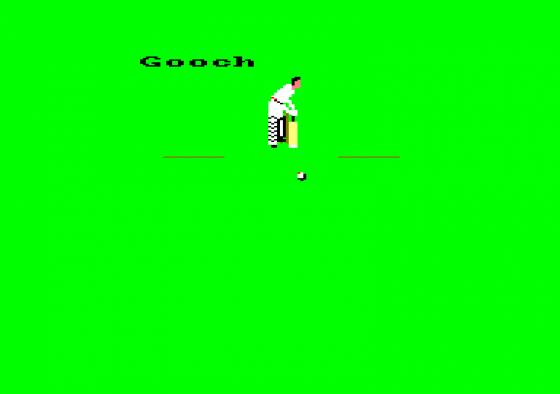