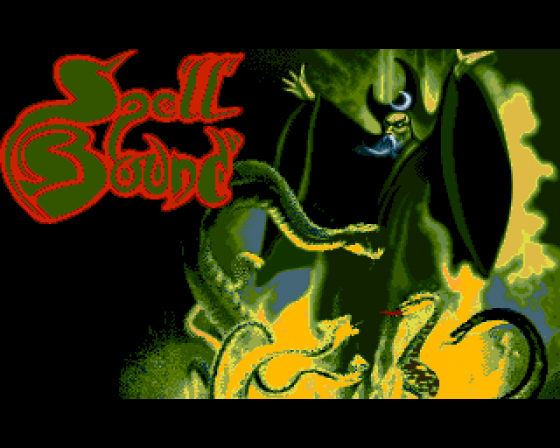 Hmm. This reminds me uncomfortably of last month's Barbarian 2, for no particularly good reason other than that it's a horribly boring platforms-and-ladders arcade adventure from Psygnosis. Despite some pleasantly twee graphics in a classic Psygnosis style, Spellbound is an incredibly uneventful romp which is especially deficient in the sound department - indeed I only noticed it had any sound at all when playing it very late one night in a soundproofed room with the volume turned up really high in what was actually an attempt to evoke a bit of atmosphere by having lots of loud hissing coming from the monitor (to simulate the spooky jungle the game is set in), and a couple of timid beeps jumped out at me without any sort of warning.

The basic gameplay is sort of a bit similar to Codemasters' Dizzy titles, but without the interesting mind-bending puzzle element - most of the time it's just a matter of traipsing back and forth going up and down lifts (you can't jump) collecting keys to open chests and firing repeatedly at not-very-dangerous baddies who take about a million hits to kill nonetheless. The playing area on screen is tiny, and so is the amount of fun you'll have if you buy this game.

Gameplay so shallow it makes Deathbringer look like Populous 2, and a lack of excitement so total from the word 'go' it's as if someone released an incredibly early demo version by mistake. Steer well clear.

Gameplay so shallow it makes Deathbringer look like Populous II, and a lack of excitement so total from the word 'go' it's as if someone released an incredibly early demo version by mistake. Steer well clear. 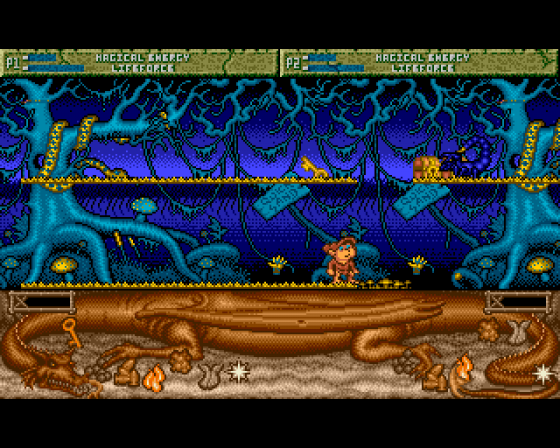 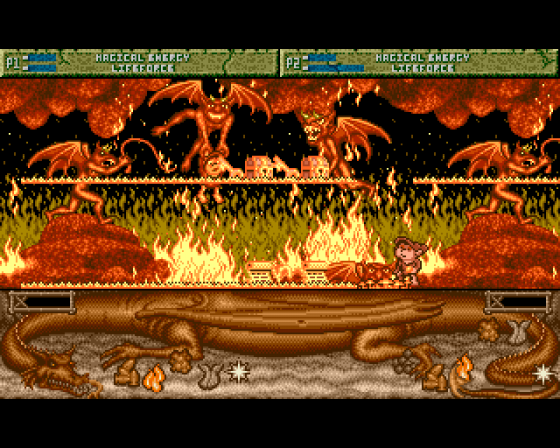 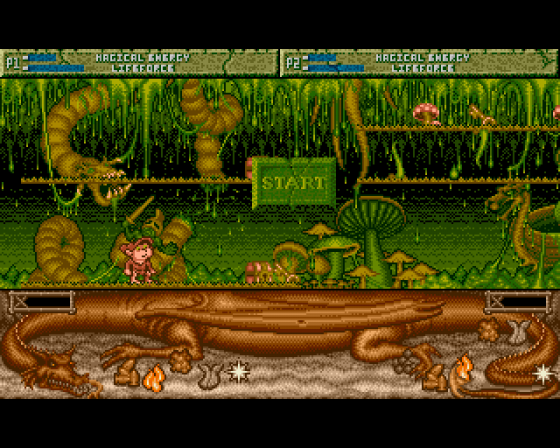 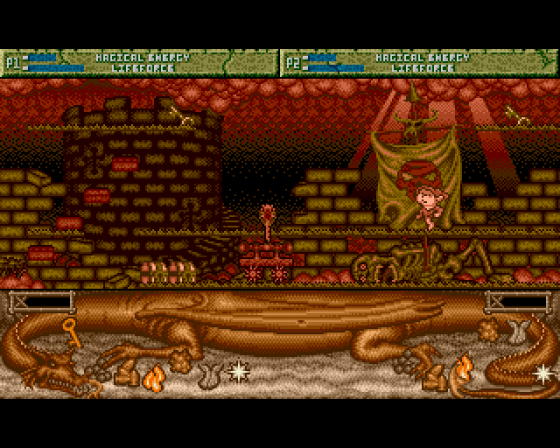 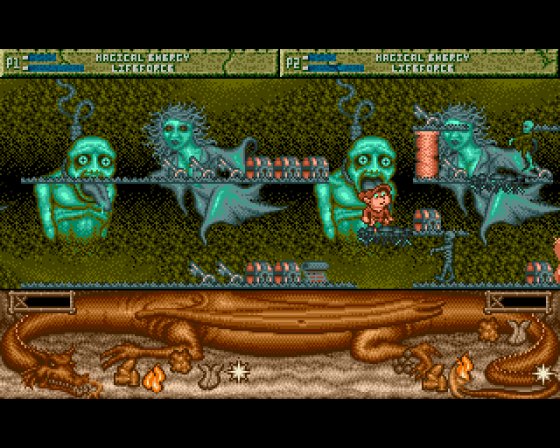 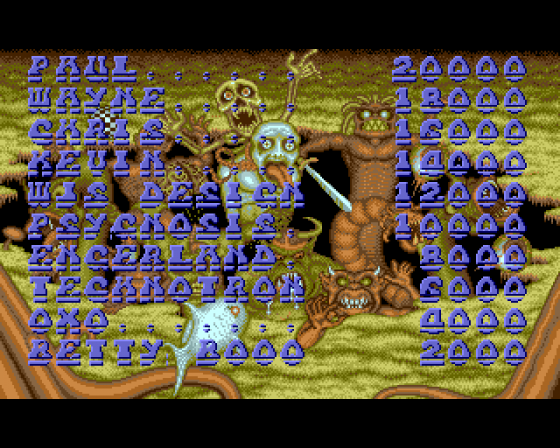