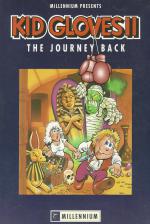 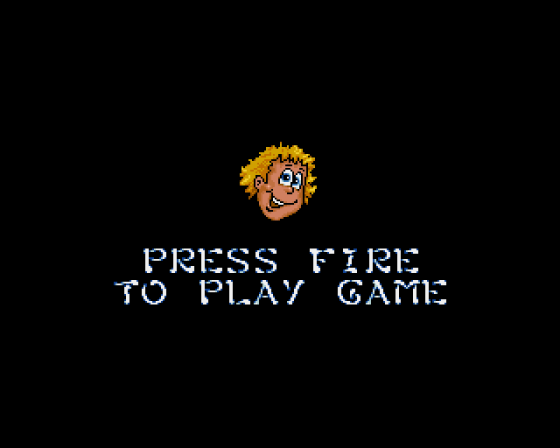 Kid Gloves 2? Nice one! I don't care what anyone says, I thought Kid Gloves was a brilliant little game, and the sudden unheralded appearance of a sequel was as pleasant a surprise as I've had for a while. Or so I thought, anyway.

On actually loading it up, I was somewhat dismayed to discover that it is, in fact, a retitled release of a game which was widely previewed several months ago as Little Beau from, I think, Digital Magic. Still, this doesn't necessarily mean it's crap, so let's check it out further.

Hmm... extremely derivative Super Wonder Boy rip-off (then again Super Wonder Boy was a brilliant game, so that needn't be a bad thing)... very crude graphics, although they're quite cute in a brash, cartoony sort of way... really horrible inertia on the character movement... a few nasty bits where you can get into a situation where death is the only escape... main character is spookily reminiscent of Bub and Bob from Rainbow Islands, but with a crap haircut... sound's a bit on the twee and grating side... lots of distinct graphic styles... seems to be aimed at the younger player, but there are rather a lot of gratitous nipples for that... gets reaonably tricky, but not in any interesting kind of way... bears no resemblance to the original Kid Globes... the odd sub-game breaks up the repetitiveness... it's moderately entertaining, but creaks as a full-price product... hmm indeed. 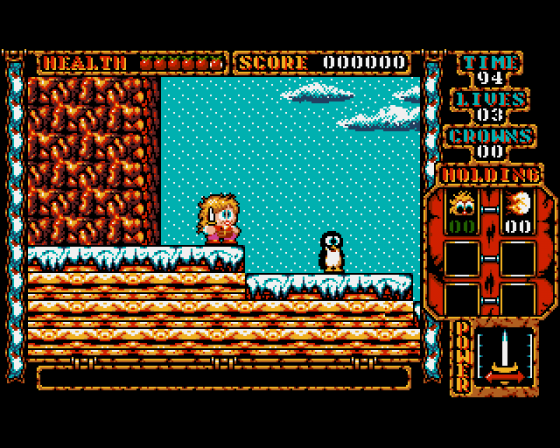 Kid Gloves 2 really is a bare-faced clone of Super Wonder Boy, but it retains most of the gameplay elements that made that game such a laugh. Unfortunately, Kid Gloves 2 is a lot less sophisticated in both design and execution, and without the charming atmosphere of the earlier title the compulsion to play it for long periods of time is somewhat missing.

In general it feels like a very half-hearted and half-finished effort, and while it's undeniably quite good to plod away at for a while, it doesn't justify the same price tag as Another World in a million years.

A waste of a good name, and a very poor deal for £26. Give it about six months, then buy the inevitable budget re-release (if you must).

A waste of a good name... Feels half-hearted and half-finished... Give it about six months, then buy the inevitable budget re-release (if you must). 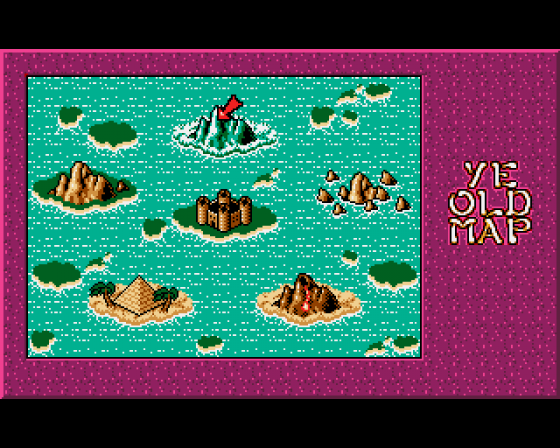 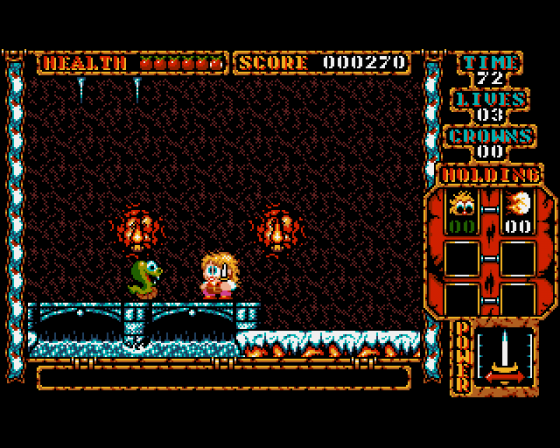 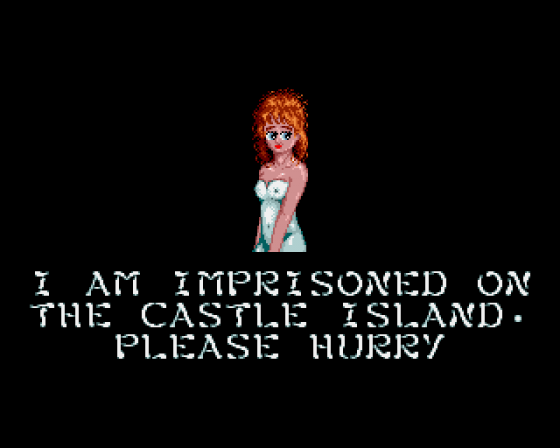 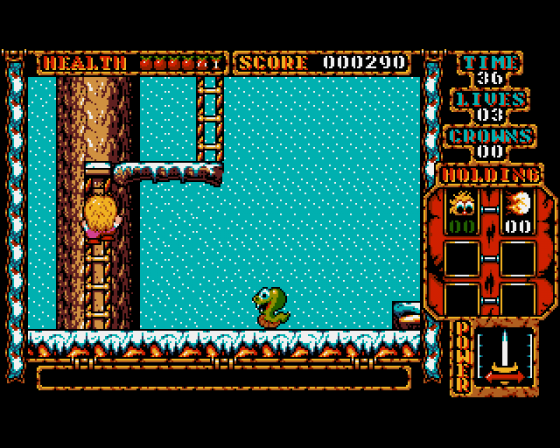 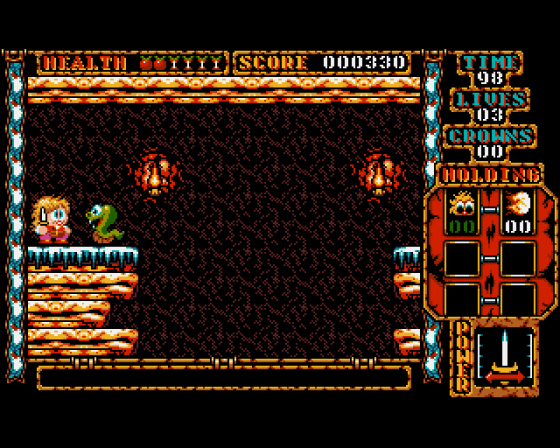 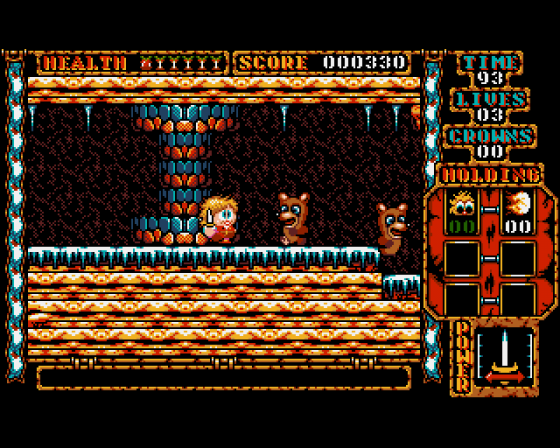 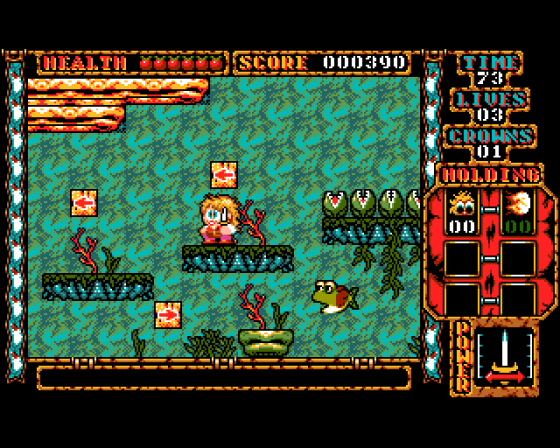 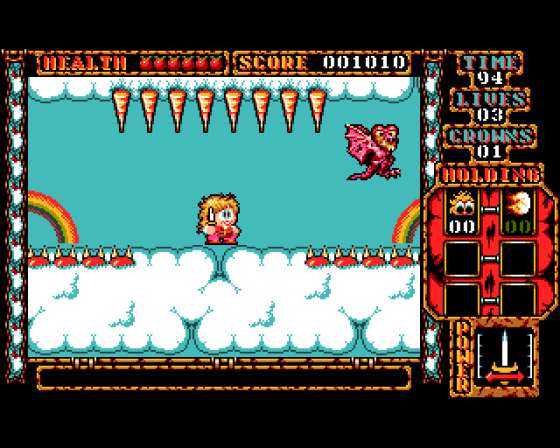