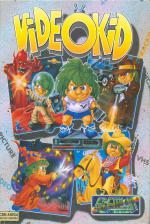 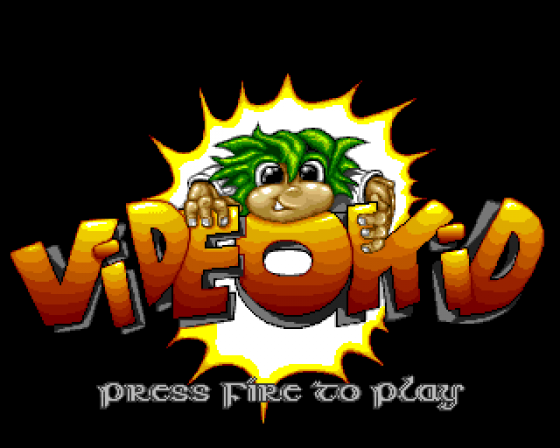 You'd never guess that this was from the same authors as US Gold's Mega Twins. Showing a quite astonishing talent for diversification, Twilight have produced a game so far removed from that cutesy arcade slash-'em-up romp as to be practically unidentifiable as their handiwork. Admittedly, there is a tiny, tiny similarity in the basic style - in as much as you do progress through a cutesy landscape with no control over the screen's movement and zap lots of nasties out of the way - but really, besides that superficial resemblance we're looking at a whole new game.

I mean, the plot! Have you ever heard such imagination? Our hero, a fashionable young chap called Billy, is watching a video one day when Pow! - he suddenly finds himself sucked inside the TV, his bodily parts pixellised so that he becomes a character in the movie! (Well, okay, maybe that bit is just a smidgen Tron-like but hey - there are only seven truly original ideas, apparently). It's great! And then there's the graphics!

Well, alright, to the uneducated eye it does look very slightly like someone took the characters from Mega Twins and half of the backdrops and sort of rearranged them a bit, but if you look closely you'll see that, in some cases, up to 80 percent of the pixels in any one sprite can be totally different! 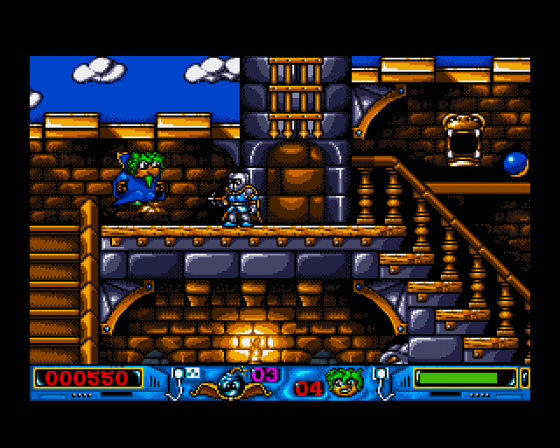 And as for the gameplay, well... There's none of that boring old scrolling-along-in-various-directions-mincing-the-baddies-with-your-sword rubbish here, oh no! In Videokid, you scroll along in various directions mincing the baddies with up to five - count 'em! - different kinds of gun, not to mention the two - count 'em! - other power-up weapons you can also collect to help yourself out! So it's nothing like Mega Twins at all - [They don't believe you. Spill the beans! - Ed]

Oh, alright, so I'm lying. Videokid is just a slightly more shoot-'em-uppy version of US Gold's coin-op conversion, but hey - I'm sure Twilight put a lot of work into that code, and why shouldn't they be allowed to make a few bob more out of it? There's a recession on you know, mortgages don't just pay themselves, and in any case this is a groovy zapper in its own right, with great sound, varied graphics, lots of action and some really nice touches (the jingle at the start of the Wild West level is a snatch of The Good, The Bad And The Ugly and, er, some other ones). Just don't buy it if you've already got Mega Twins, that's all.

A decent blaster, and one that the younger shoot-'em-up fans out there will probably go gaga (or possibly 'goo goo') for, but the similarity to Mega Twins is a bit cheeky.

A decent blaster, and one that the younger shoot-'em-up fans out there will probably go gaga (or possibly 'goo goo') for, but the similarity to Mega Twins is a bit cheeky. 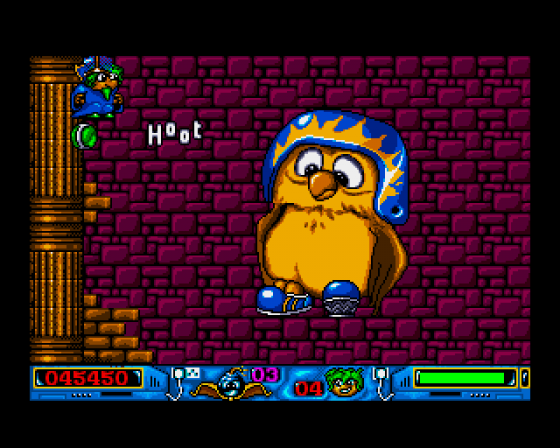 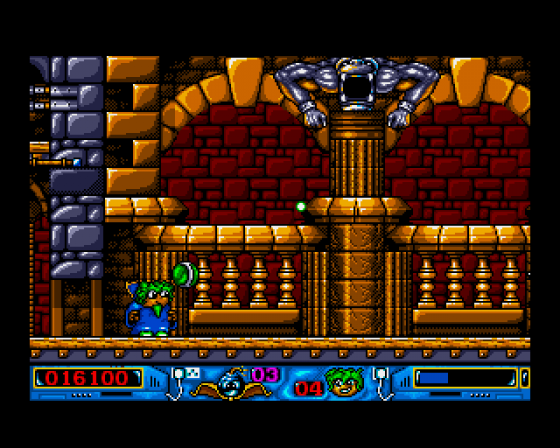 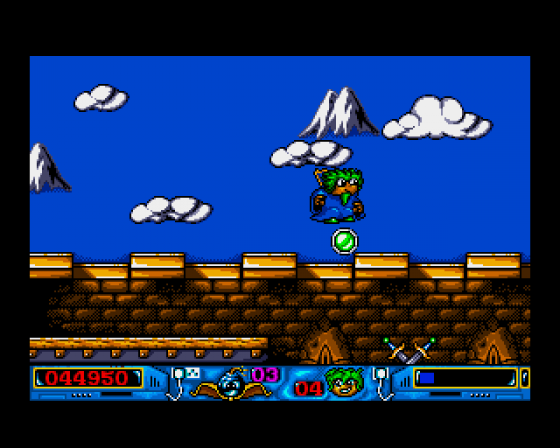 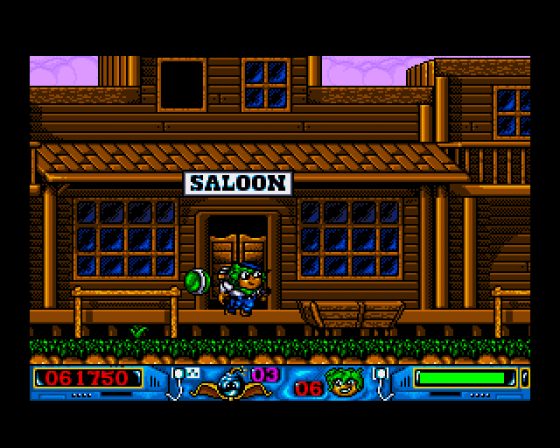 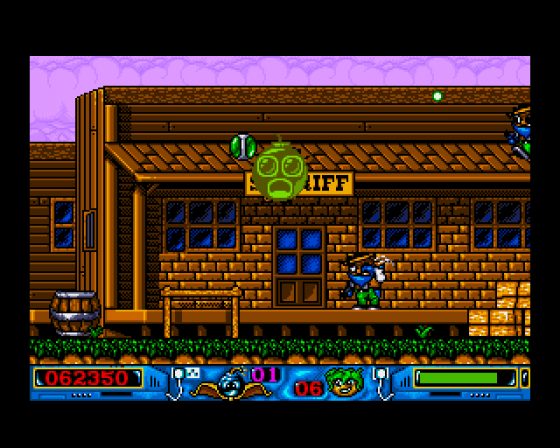 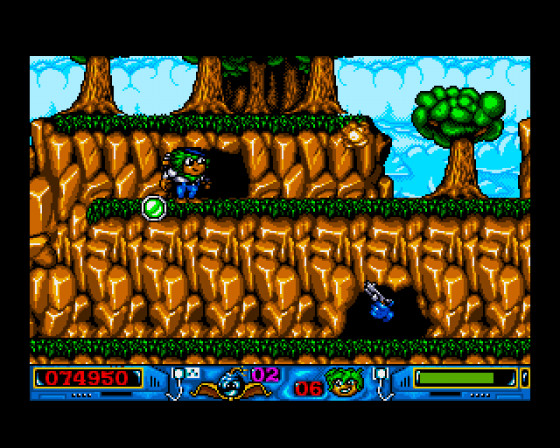 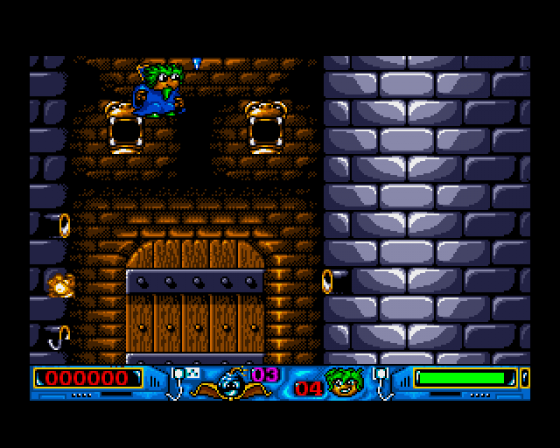 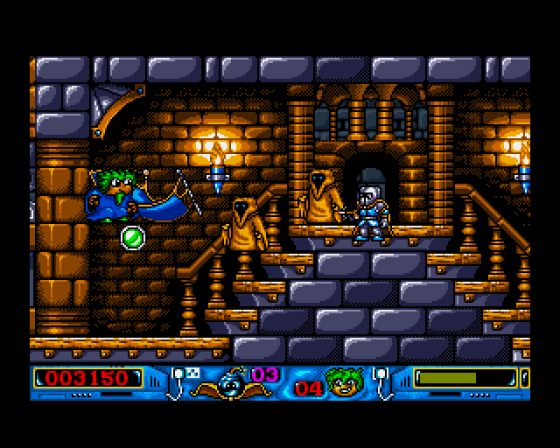