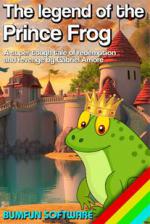 The Legend Of The Prince Frog (Bum Fun) 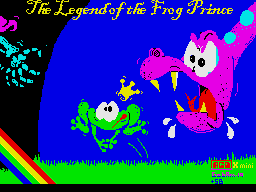 The latest Gabriele Amore masterpiece is mauled by Dave E

The Legend Of The Prince Frog 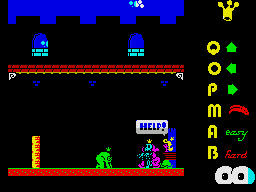 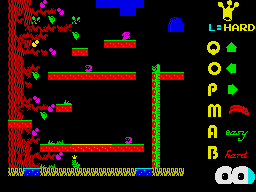 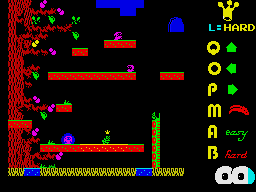 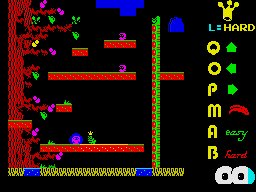 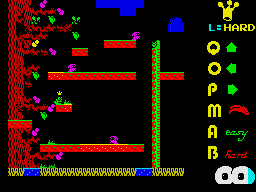 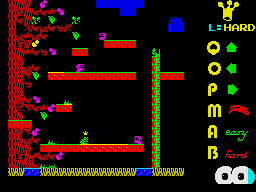 There was a time when I bought every one of Bum Fun's releases, but that was when the vast majority were really good. In recent months, the quality has, to be kind, been pretty variable. Its latest batch of releases seems to consist almost exclusive of old (1983/1984) games in new packaging (Good luck with that one) and The Legend Of The Prince Frog, which is another game inflicted upon us by Gabriele Amore.

My hopes weren't high going in. I've now tried to play so many of Gabriele Amore's games over recent years that I have actually lost count. Everything he creates is, well, just oh-so-obviously him with this pervasive style of small sprites, no instructions and unashamedly awkward controls. The best I can say about this latest effort is at least it shows some improvement over his previous work. You have control of a little frog (and I mean very little - 8 x 8 pixels in fact) and you must bounce around a screen encasing patrolling nasties of the same diminutive stature in bubbles. To clear the screen, all of them need to be "bubbled up" at the same time, which is trickier than it sounds.

The nasties, first of all, seem to have eyes in the backs of their heads, as they're able to fling fireballs your way even when not facing you. Secondly, they are difficult to get close to, and to "bubble" them, you have to touch them with your tongue which doesn't stretch very far at all. They stay "bubbled up" for about ten seconds, whilst a strange farting noise emanates from your Speccy's speaker, so you need to zip around the screen sharpish. I found getting anywhere all depended to a large degree on luck rather than skill - the frog is difficult to control, frequently not immediately jumping in response to the jump key control, although going left and right works fine. With practice you can sort of adapt to the game's failings, but it doesn't really seem worth the effort.

As well as the tiny nasties, there are snakes which gobble down or up the screens creating barriers (or not; they can be jumped through) and large crocodiles that stomp around. If you spend too long trying to "bubble" up the baddies without success, they are replaced with marauding horizontal skulls and the game lets you proceed to the next screen anyway (although including them seems to be a sure fire signal that the game thinks you're a dufus).

On the 128K Spectrum, there's a really great rendition of Eiffel 65's Blue (Da Be Dee) which I remember well from bopping around dancefloors in the late Nineties, and all versions have a passable intro. Really there's not a lot more to be said about the game itself. It's not intuitive to play and it was only by watching a YouTube video that I realised how to actually rid the screen of enemies. I assume the physical inlay from Bum Fun will come with instructions but then it seems to have managed to get the title wrong (the game refers to the Frog Prince, not the Prince Frog!)... this kind of sloppiness combined with a pretty mediocre platformer doesn't really tempt me to splash out the tenner it costs.

I really hope that Bum Fun is going to change course and get back to producing games of real quality. The Yandex Game Competition this year has given us some awesome Spectrum games like Valley Of Rains and Aliens Neoplasma [Already snapped up by Matra - Ed], and I can't help thinking physical releases of these would start to restore its reputation, at least in my eyes. As for the Prince Frog, well, if he thinks he's getting any of my cash, he can "bubble" off.