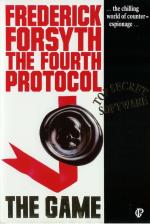 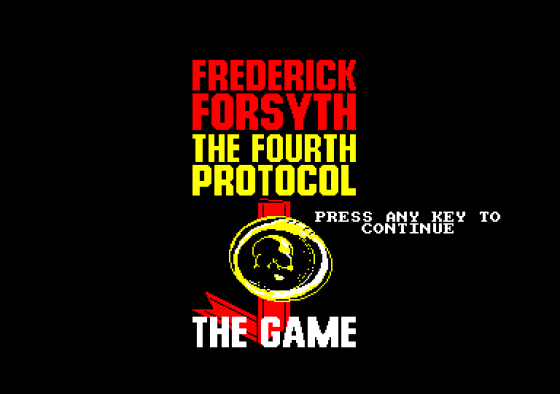 We've had plenty of games of the film before but this is a game of the book, the bestseller of the same name by Frederick Forsyth. You won't need to have read the book to play the game - I hadn't - but if you have, some characters and situations may be familiar.

There are three parts to the game, which load separately, and they'll need to be completed in sequence. The three stages take you through an international espionage plot. In the first part you have to discover who has leaked some Nato documents and how. In the second and third parts you have to locate and deactivate a nuclear bomb planted somewhere in London.

The three parts of the game are all icon-driven, but you won't be able to get at the third part until after completing the first two, and the second section requires in-formation from the first to help you find the bomb. The first game puts you at the head of CI(A), where you have to track down the source of a leak of five Nato documents while dealing with other everyday matters from the intelligence community. 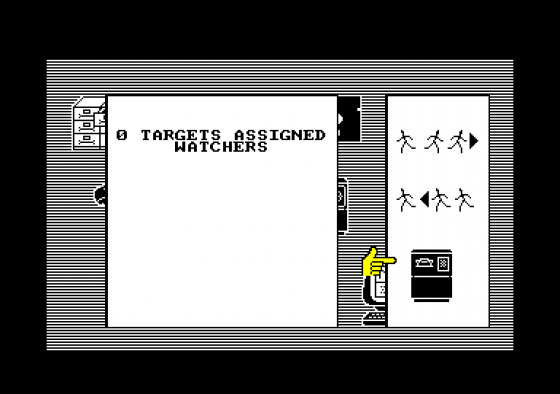 The whole game is played from a single screen containing nine icons, but these allow you access to a world of intrigue and complication. The basic idea is that you already know certain information that sets you on the track of the leak, while other matters are brought to your attention as time passes. In trying to deal with problems you spend most of the time putting surveillance on people and if that produces some information you may be able to follow it up. The other thing that occupies a lot of your time is searching through the filing system for interesting files on people and things that may also provide important evidence.

To give you a taste of what is in store you will have to cope with a murder, a defection, paranoid employees, building security and lovesick operatives - all in a day's work. While trying to deal with that you've got to identify the source of the leak and trace it through to expose the whole network. You have to keep up your other work; otherwise the number of surveillance staff is cut And the leak has to be resolved before a time limit runs out and you get sacked from the job.

Part two follows a similar line to part one with a single icon-driven screen through which you have to locate the bomb, hidden somewhere in London. It involves you moving out of your office and using the Tube system, and you'll encounter many problems in the search for the hideout. The final part is an assault on the bomb's location using an SAS squad to eliminate the KGB men guarding it, allowing you to get in and defuse it - if you're in time, that is. 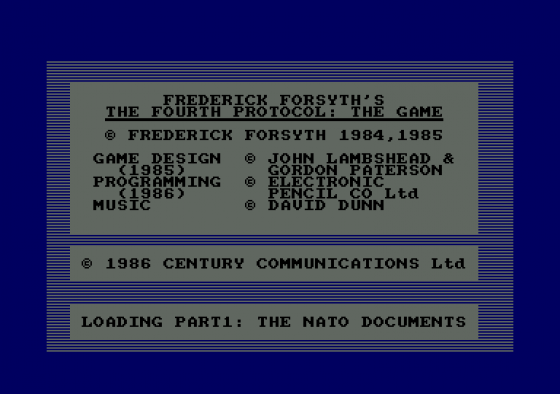 It's a very enjoyable and novel game that has plenty of depth. You'll need to; do some hard thinking to get anywhere. Deduction, analysis, a little bit of luck and sudden flashes of inspiration all play their part. It won't be to everyone's taste because it can be quite tough going. But if you're looking for a challenge and a good workout for the brain cells, then this is ideal.

I'm not crazy about Frederick Forsyth's books, but this game just might convert me. Other games have tried to get some feel of intrigue and detective work, but this is the first one that I've seen that really works. You'll need your thinking-cap on for this one, and I like that in a game.

An interesting twist of the adventure-game format, with the added adrenalin of a tight time limit. You really have to employ all your deductive powers here, and the novel icon/window display is used to full effect.

There's no colour anyway, so everybody's in the same boat on this one.

P. Three different sections to complete.
P. Good use of icons and screen presentation.
P. Requires plenty of hard thinking.
P. No shortage of things to do - you're always under pressure.

N. Can be tough going at times.
N. If you get really stuck it can be very frustrating.

If you're looking for a challenge, this is ideal. But it won't be to everyone's taste because it can be quite tough going. 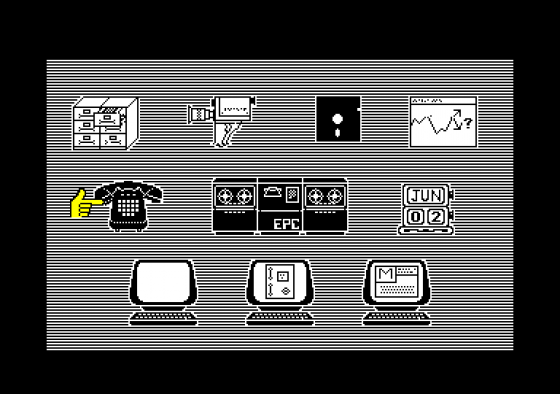 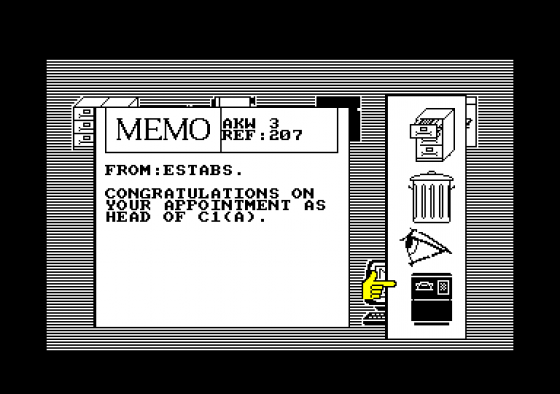 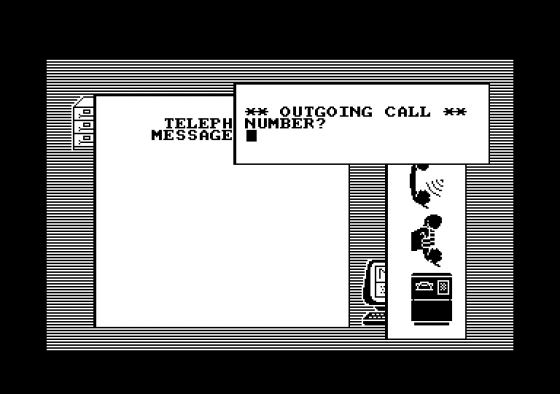 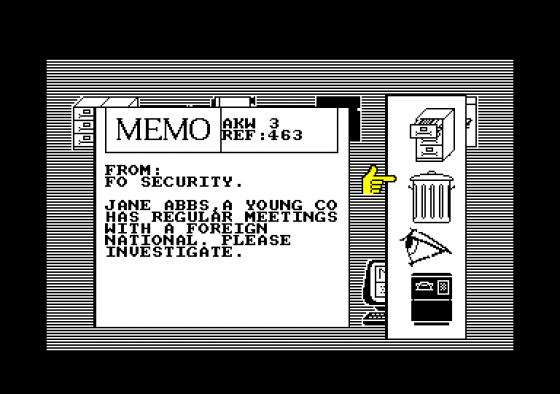 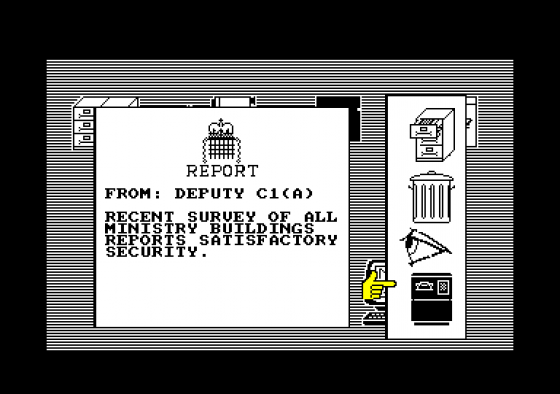