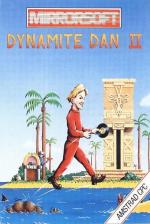 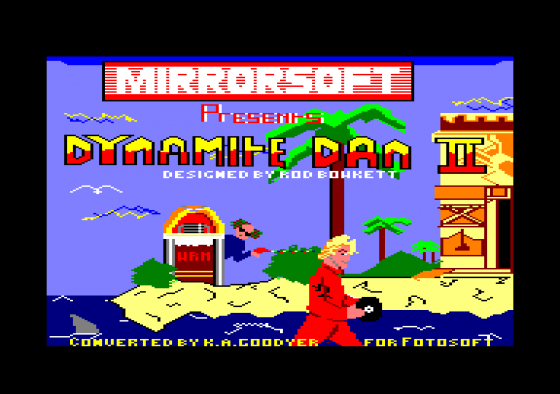 "Who is the superhero? What is the task to complete? Who is the arch-enemy?" Are these questions looming around your head? If so, relax; all will shortly be common knowledge.

Agent extraordinaire, Dynamite Dan, has quite a feat ahead of him: the world is being mesmerised by innocuous pop records. Dan, that desperate man, has to search a group of eight islands known as Arcanum. A record is hidden on each island. It must be located and played on a jukebox conveniently situated on the island.

Dan, that incongruous man, appears on screen in his zeppelin. Colour-clashing is a thing of the past, is it not? Wrong! Dynamite Dan II has worse colour-mixing than some of the early Spectrum games - that is a difficult accomplishment, especially on the Amstrad. Nearly all the sprites are monocoloured. 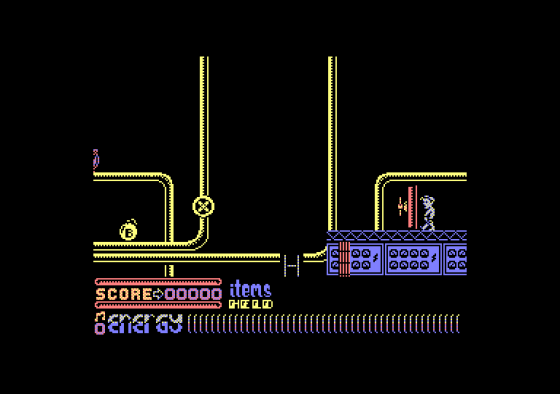 Although the game has colour and graphics problems, there are certain delightful touches: Dan, that hydrocephaloid man, and all the other characters, objects and artefacts are wonderfully animated. Certain sprites have stunning movement patterns that will take a long time to work out.

While on his travels Dan, that anorexic man, encounters many wonderful inanimate items. These serve many purposes - some open gates and others build up his ever-diminishing energy. When picking up an object, a humorous tune will reach your ears: at least some effort has been put into this department.

Apart from the awful graphics and colour attribute problems, Dynamite Dan II is an enjoyable game. There is plenty to explore, and it will keep you satisfied.

If it weren't for the horrendous graphics, the game might have something going for it. But as it is, just looking at it puts you off. The action doesn't seem much dissimilar to the original game, so platform fans may still find a fair bit of enjoyment here.

Even the colour-clash is visible!

N. Horrendous use of colour.
N. Colour-clashing when sprites overlap.

Apart from the awful graphics and colour attribute problems, Dynamite Dan II is an enjoyable game. There is plenty to explore, and it will keep you satisfied. 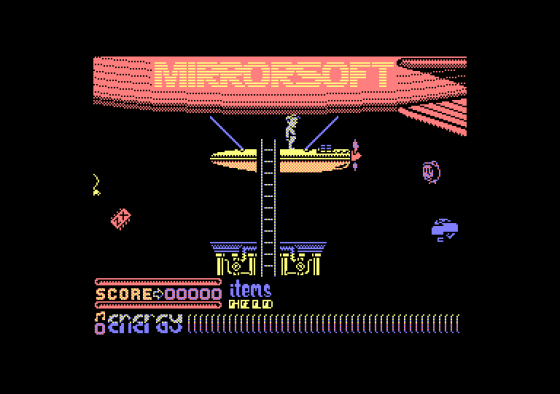 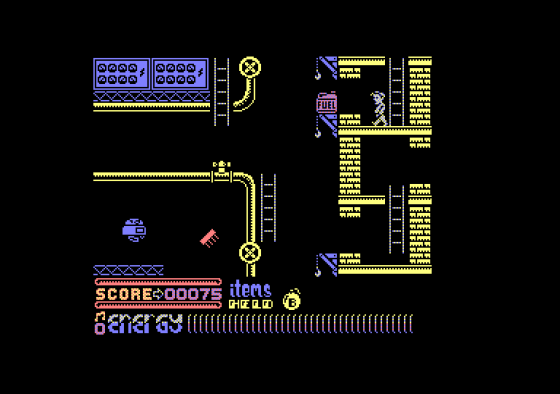