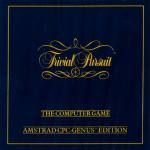 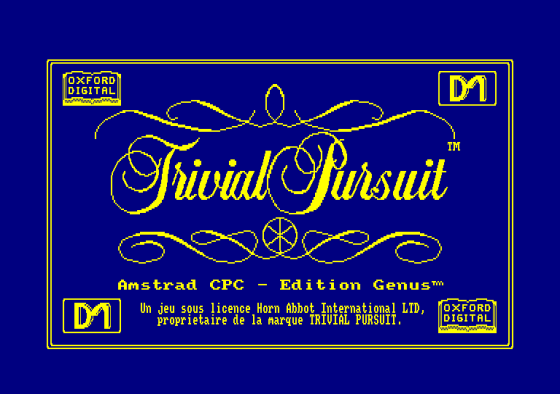 This is the official version of that most irrelevant of board games. It seeks to re-create the game, throwing in a few extras that a computer can provide. Just in case you've been in a Tibetan monastery for the last few years I'll give a brief description of what the game's about.

It's all based on questions of no importance whatsoever, except that knowing the answers helps you win the game.

You play on a board where a ring of squares is joined to a central hub by six spokes. The squares are different colours, representing six question categories and 'throw again' squares. You have to land on the six squares where the spokes meet the ring and answer a question correctly. Having got all six you can go to the hub and answer another question to win the game.

At the start of a your turn you throw the dice (random choice of number by the computer) and can move that number of squares in any direction, trying to get onto one of the spoke-ends. Land on a subject square and you have to answer a question on it; get it right, you can throw again and continue your turn; wrong and play passes to the next player.

The computer version of the game is essentially the same as the board game, but your Amstrad does all the hard work for you - and adds a few new touches to the questions. When a question is asked the screen changes to a cosy fireside scene where the question can take the form of music, a diagram, picture or just text. You can alter the time allowed for answering, from five seconds to limitless.

Once the answer is revealed you're asked if you got it right or wrong. Obviously, this means you have to announce your answer out loud. It leaves a one-player game open to some terrible temptations to cheat.

Another enhancement of the game made possible by the computer is that for each player a chart is kept recording his knowledge of each category. This isn't just of statistical interest. It comes into play at the end of the game when a player lands on the hub and has to answer a question on a category chosen by the other players. They can study his score chart and pick his worst subject.

Anther option lets you turn on and off a little character called TP who presents the questions. You can also add, remove or pause any player in the middle of a game while the others carry on as normal.

The questions are varied and truly trivial. But after you play several times you'll notice the same old ones coming back. To combat that there are 16 other question files available, so it's probably best to use those in some order of rotation.

As a multi-player game it's as good as the board game and makes use of both sound and graphics capabilities.

However the basic aim is still just about to answer trivial questions, whereas Powerplay (reviewed last month) takes the trivia theme and adds a more absorbing game to it. If you've never played Trivial Pursuit then take a look. But, if you've got the board game, it's not really worth getting this as well.

Q: Which of the six board colours would you say comes out best? Still playable.

N. All seems very old-hat these days.
N. Not worth buying if you've got the board game.

As a multi-player game, it's as good as the board game and makes use of both sound and graphics capabilities. 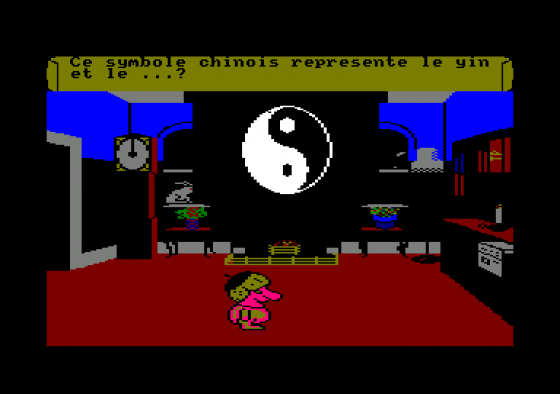