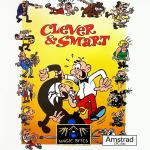 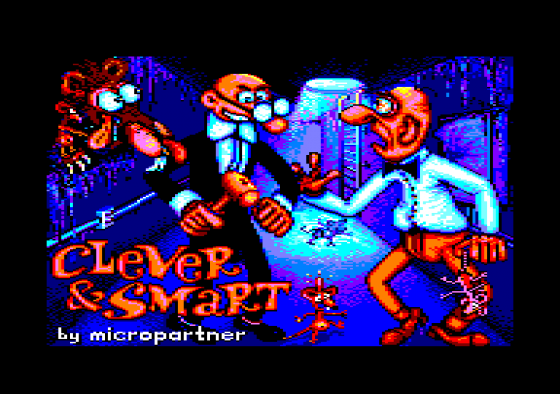 Dr Bacterius, the famous scientist of the secret service, has been kidnapped by the most dangerous of all terrorist organisations, O.A.P. You control Clever and Smart in their attempts to recover the doctor. The reason for the kidnapping is unknown and no ransom note has been received.

Clever and Smart are the most famous members of the secret service and also the best, which is why they have been called in on this case. Clever is a master of disguise and leads the duo. Smart tends to help Clever out of the disastrous situations that he usually ends up in.

No clues are given to begin with and you have a small amount of money to buy things. The game is basically in two sections: above ground and in the sewers. Above ground there are many buildings which you can enter. The buildings are of several types winch include your office, telephone boxes and a variety of other buildings. Some of the buildings require Clever to wear a disguise and they are bought from the disguise shop. 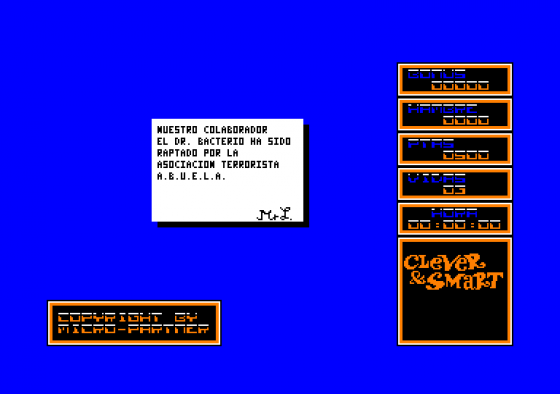 The streets are also filled with thugs from OAP, policemen and old ladies. Bumping into an old lady produced some explicit language on our review copy but we understand this will be removed for the final version. Bombers occasionally appear and run around town until they decide where to plant the bomb. You can try to defuse the bomb.

Underground are a network of sewers which you can wander around. Cats and mice occupy the sewers and they drain your energy if they hit you. From the sewers you can listen in on local telephone calls or lay cables.

Money is something that you are going to need and this can be obtained in one of the following ways: betting on snail races, throwing coins in the kindergarten or forging cheques. 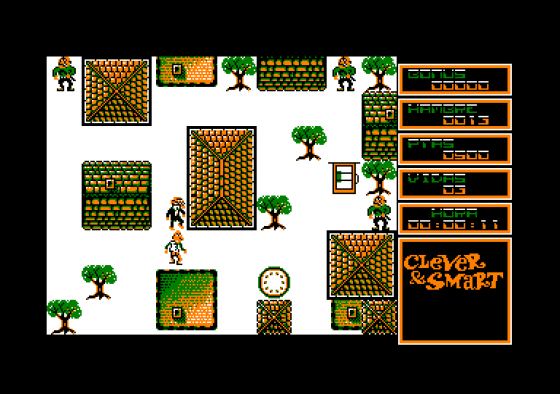 Graphically this game is nothing special; they are colourful, but the movement is not good. Sound is simple and uninspiring.

The most exciting thing that happened while playing was the discovery of the four letter word. There are some nice ideas and touches of humour, but the whole thing doesn't hang together too well as a game. The adventure element of it is what keeps you going, but even this is obscure and hindered by the arcade elements.

You can be as clever in green as you can be smart in colour.

Staying Power 54%
P. Should prove a tricky game to solve...
N. ...but this is due to unhelpful instructions.

Overall 58%
Not enough game to keep you occupied!

Unhelpful, not very well animated and undetailed graphics. It should prove a tricky game to solve. 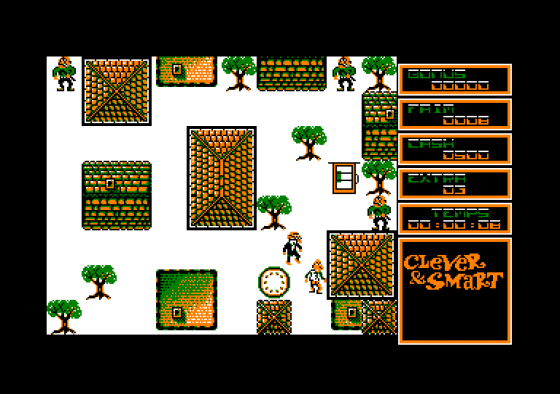