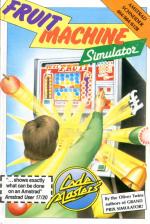 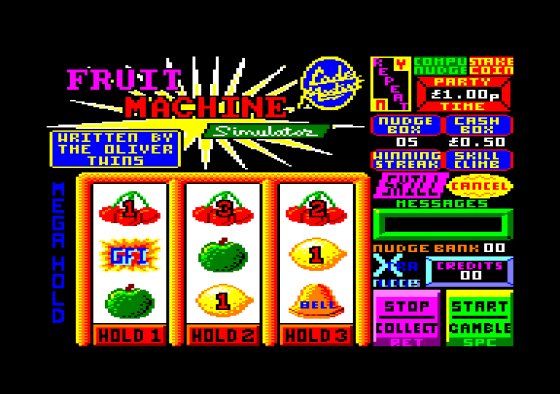 The one thing that a fruit machine or one-armed bandit has going for it is the chance that you might win or lose some money. You can win on a computer but you don't get the same kick as you do when you win in real life.

Just in case there's some of you who haven't seen a fruit machine in your life, here's a brief idea of the game. You insert a coin, press the start button and wait for the reels to stop spinning. If a winning combination is in the central row of the reels then you win some money, if it isn't then you'll lose some. You keep on doing this until you decide that you've had enough or you run out of money. The bit about inserting a coin is not to be taken literally with your CPC, it's just a figure of speech.

On the screen there are the three reels that house the different flavours of fruit. There are various other things located around the screen: how much money you have, the number of nudges, whether anything's held and other fruit machine-ish features. 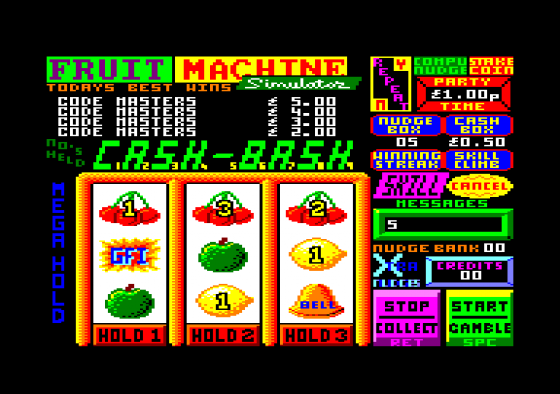 The scrolling of the reels is done smoothly and colour is used well on them. Other graphics are simple and ineffective. You do get to hear a tune and the usual bit of Oliver twins digitised speech, but the other sound effects are just beeps and pings.

It's time to get on my soap box and preach a little. Firstly, what on earth does a software house think it's doing producing this sort of nonsense in 1988? Secondly, who has been buying this sort of thing and thereby encouraging them to produce more of this rubbish?! 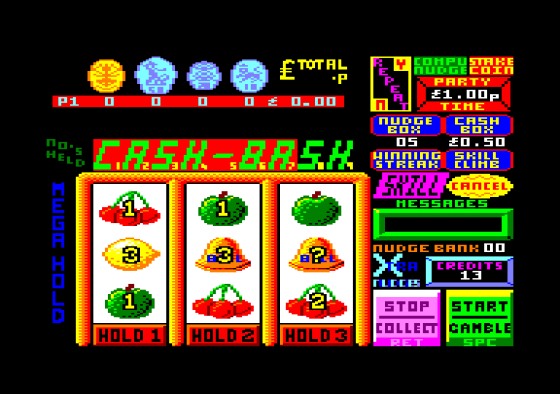 Here we are dealing with highly sophisticated bits of technology, capable of doing amazing things, and what do we use them for? Watching three silly little reels go round, that's what. Either the software houses had better shape up and start educating the game-buying public in the sort of high quality entertainment software they ought to be demanding, or the game-buying public should start screaming loud and clear what they do want.

If all this has interested you or stirred a reaction, good or bad, then for once I'm going to ask you not to write to me, but to every software house you can think of. Give them some feedback and let them know exactly what you want from a game, because it's you and they that count.

Everything's just as easy to read in green.

Staying Power 12%
P. You can't win any money so what incentive do you have to keep playing?
N. The quest for a new high score is not rivetting stuff.

Overall 15%
P. It simulates a fruit machine, but it doesn't have the essential quality of risk.

You can't win any money so what incentive do you have to keep playing? The quest for a new high score is not rivetting stuff. 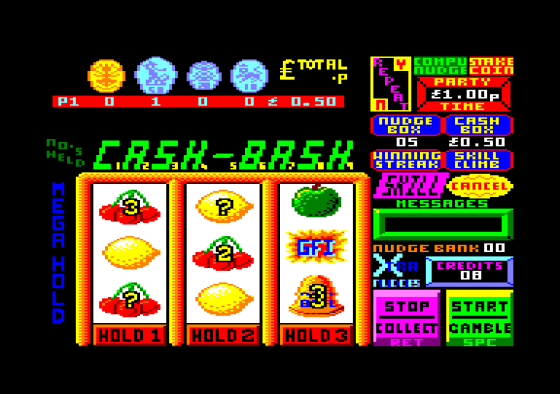