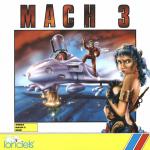 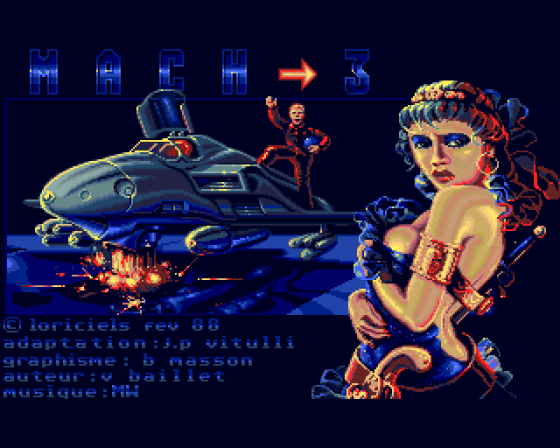 Put on your Pilot's helmet, don your kinky plastic suit with the zips and board your light aircraft-cum-spaceship.

Your task is simple. Guide your craft along the wide valleys and through the portals of time and space until you meet the wizard Sfax and then destroy him. Easy, at least it would be were the playability level of the game a little higher. Nice though it is, the gameplay isn't good enough to earn very high merit. It does have a lot of good points in its favour. The graphics for one.

You view your ship from behind a la Space Harrier, and from this strange position you have to avoid bullets, meteor showers and other craft that look like they were extras in the old Flash Gordon serials. The aliens appear from the distance and zoom towards you in true 3D fashion. Those of you who are familiar with Space Harrier may be tempted to just roll around the screen ducking and diving and think that will get you through the level. It won't. Mines line the floor like £10 notes line my bedroom and these explode as soon as you go anywhere near them. 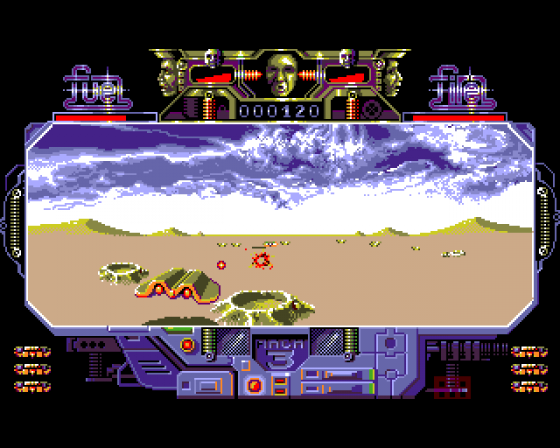 The sound has its moments. For instance, when you have lost your six lives, a sexy female voice says (in the most suggestive way it can be said) "Game over". In quite a few places though, the sound could be better.

When you are hit, your ship bucks and rolls, vectorises and finally disintegrates. Very stylised and surprisingly realistic. In fact, the entire handling of the ship is done very realistically. It flips and banks smoothly, and generally behaves as you would expect it to behave, although, after a simulated 3G turn, it can be hard to position yourself for the small collection of bridges up ahead.

At various points throughout each level, there are small tunnels made of bridges close to each other. If you successfully navigate through these, you gain bonus points. It's not easy to get under them and survive, because some smartarse has planted a considerable number of mines under each one. If you don't get through this, it's back to the start of the level for you, just like the exhaust port in Star Wars. Lined up just in front of the portal are two rows of very powerful mines, so the trick is to fly high over them, and then dive down and through the small black hole.

The scrolling is pathetic for an Amiga. It jerks perceptibly and really spoils the first impression.

Firepower is also very irritating. The bullets always fly to the centre of the playing area, no matter what your position or facing is. The lasers overheat amazingly quickly too, so dodging is really the key to getting anywhere on the game. Still, these points are just minor nits, and I'm not one to nit pick. Mach 3 is an average game and not one to go hunting for. Wait until someone sticks it on a compilation.

Mach 3 is an average game and not one to go hunting for. Wait until someone sticks it on a compilation. 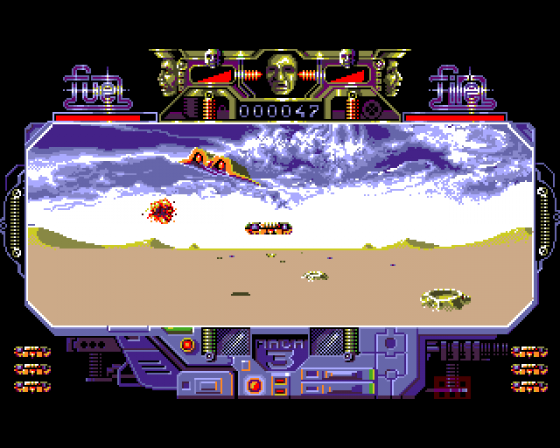 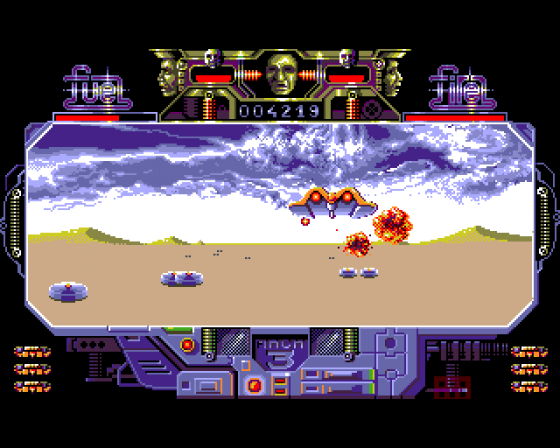 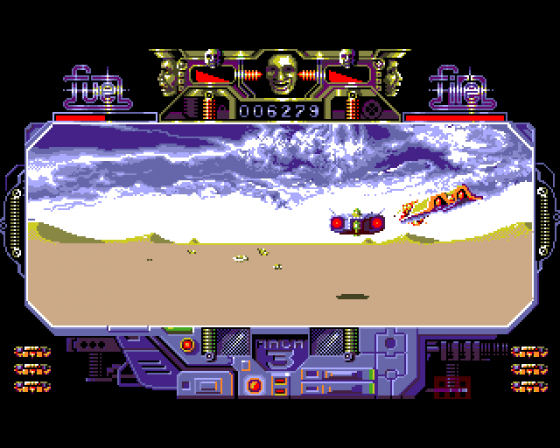 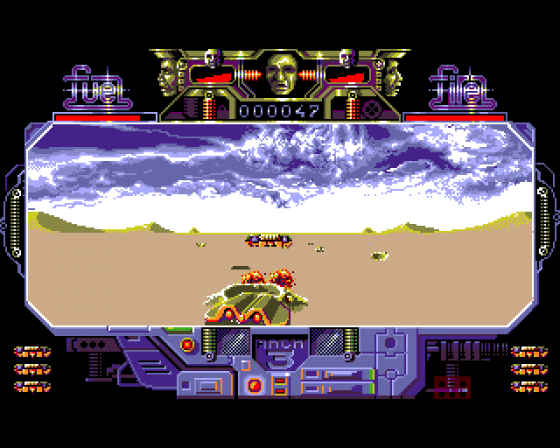