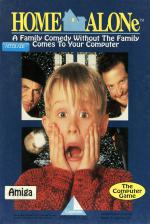 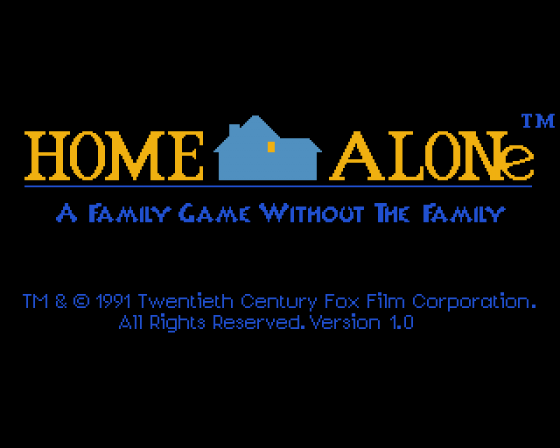 Home Alone - the game - is naturally based scrupulously on the film of the same name which, for its non-viewers' benefit, was based on the pranks of an eight year-old left all alone at home as he attempts to foil the plans of two burglars. The programmers have homed in on the simplicity of the plot, reproducing it faithfully, but moronically failing to realise that in the process they've created a game far too simple, too repetitive and too sub-level like for any sane Amiga owner to actually be interested in.

But anyway, anyway, anyway. Anyway. The game plays in two phases. Phase one involves you as Kevin (the kid) scrolling left and right around your house laying traps for Harry and Marv (the burglars) who are due to arrive in an hour (10 minutes real time). This boils down to a case of pocketing each flashing object (potential trap) you come across, whilst repeatedly cycling through your inventory to discover locations to lay the trap.

The thing is, challengingly speaking, this just isn't. If you can cope with memorizing the layout of the house (easy), setting as many traps as possible (ludicrously easy) and locating the gun vital for the next part (it's in your bedroom) then you've got it made. Ten minutes later it's onto phase two, which boils down to running around the house (again), jumping over your own traps whilst endeavouring to lure Harry and Marv through them - the higher traps requiring a shot from your gun. For your benefit, the top of the screen informs you of what room each burglar is in. 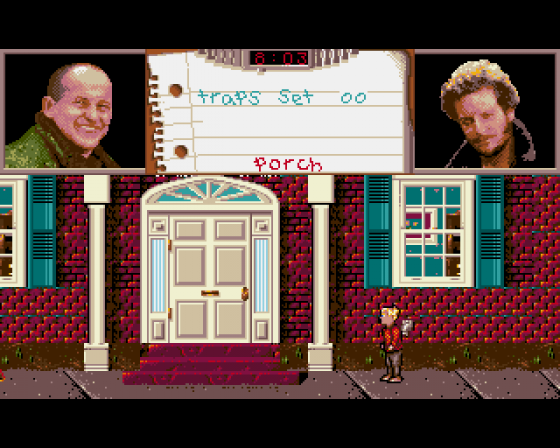 And here's where the two blatant flaws in the game come in: 1. One touch from either burglar (quite likely!) and that's it. Game Over. Start Again on Phase One. 2. There is nothing, beyond what I've just described, to the game at all. Hit each burglar with a trap ten times and you've beaten the game. "That's it?", you can't help thinking. Yes, that most depressingly is it - point 1 is just a way of delaying you ever getting to point 2. And I haven't even mentioned the jerky graphics, awkward controls and rubbish sound yet.

Possibly not a wasted licence, but a film that was wasted being licensed in the first place. 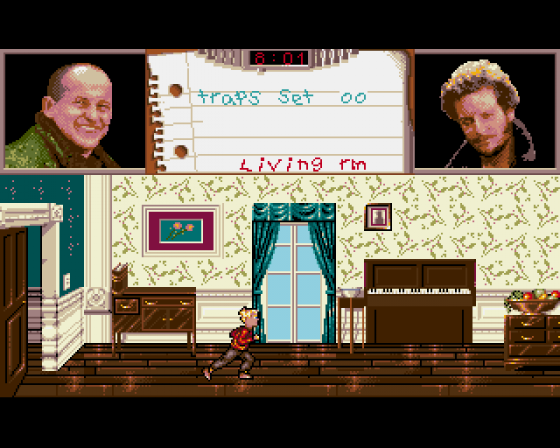 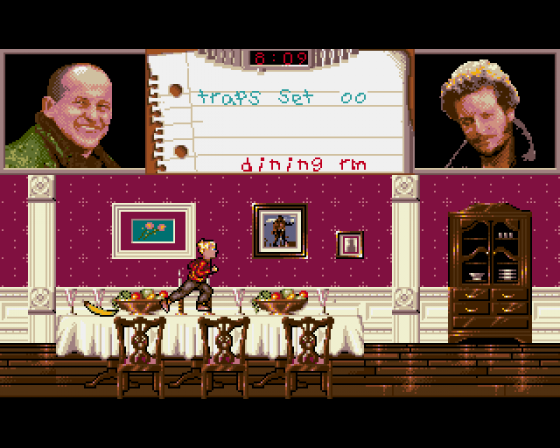 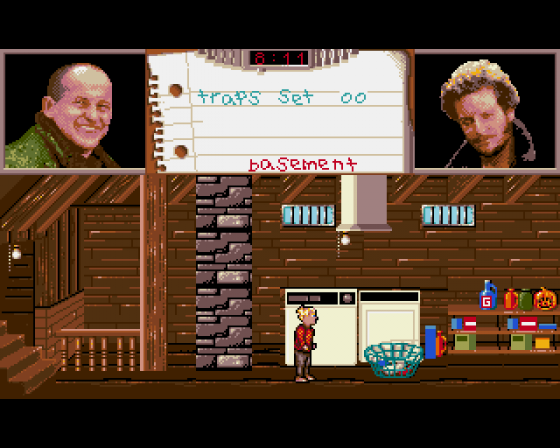 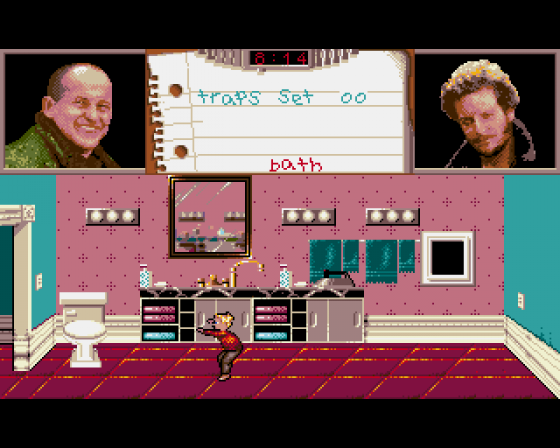