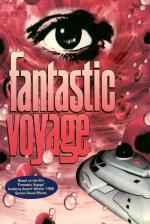 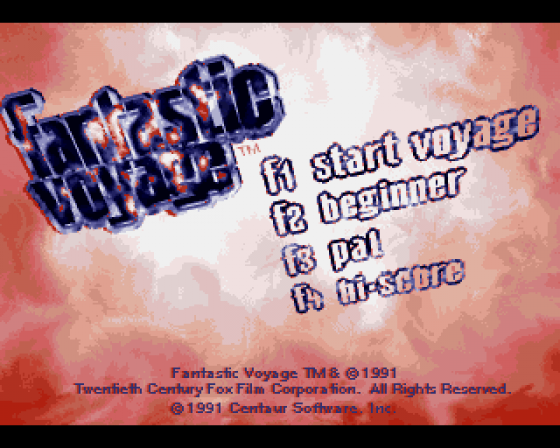 As Jimmy Greaves would put it, if he were a computer games reviewer, and he was reviewing this game, and he couldn't think of a suitable opening either, "Shoot-'em-ups are a funny old game."

Mais pourquoi, you ask? Surely they just all involve shooting things - nothing funny about that. Buzz off Jimmy, you goit. But hang on, Jimmy does have a point. Take Fantastic Voyage if you will. It merely involves shooting things, boasting a complete lack of fancy twists in the gameplay, yet it succeeds, lying a cut above the majority of its counterparts. Why, asks a troubled nation?

You see, it's those little extras that give a game the edge. Someone told me that once, yet spookily it applies here too. Based on the film and book of the same name, Fantastic Voyage sees you plus submarine shrunk down to molecular proporions and injected into the body of a Czechoslovakian scientist, for reasons best known to the plot. So if you're wondering where the shoot-'em-up part comes in - that's provided by the body's natural defences who are out to get you. 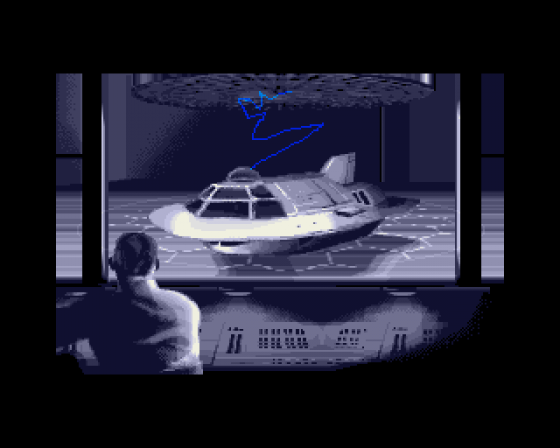 Fantastic Voyage is what I'd term a 'precise shoot-'em-up' - you must calculate how to kill, or indeed avoid, each wave of baddies in order to progress, scoring three successive hits to replenish energy. The only real irritation is the way you get sent back a bit too far when you die - but hey! - that's just we wanting things easier.

The screenshot may look a little boring to you, but what you can't see is the great rippling effect of the background and the way the light moves up and down with your ship; half the time you can't even see the side of the caverns. Alien Breed aside, nothing this atmospheric has been seen, heard, or animated on the Amiga before. The sheer professional feel is what makes a game for a reviewer, although admittedly it does make the reader thing that the reviewer has gone mad and doesn't know what he's talking about in the process. But it has to be concluded, I liked this game a lot.

A simple, methodical, atmospheric shoot-'em-up - not very hectic, and not very surprising, but a game that still deserves to do well.

A simple, methodical, atmospheric shoot-'em-up - not very hectic, and not very surprising, but a game that still deserves to do well. 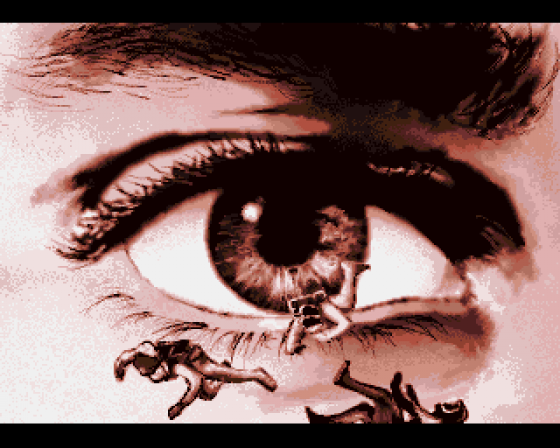 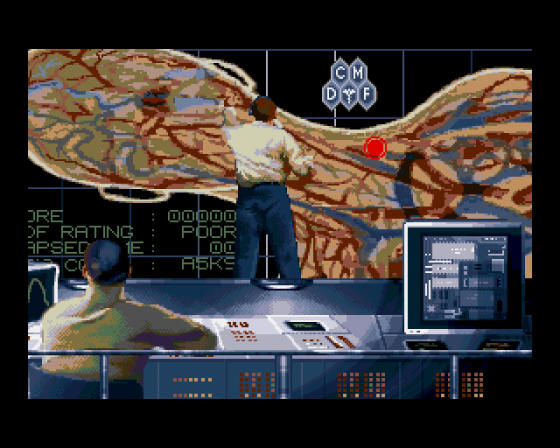 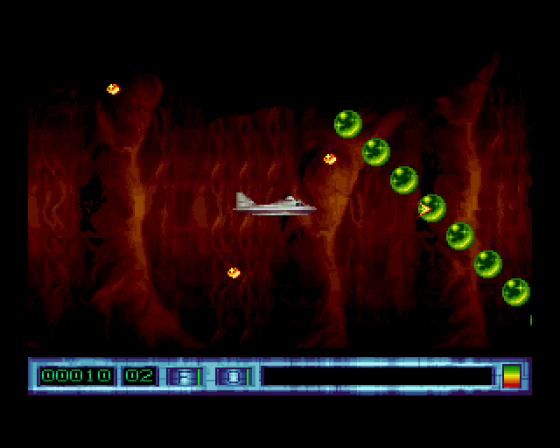 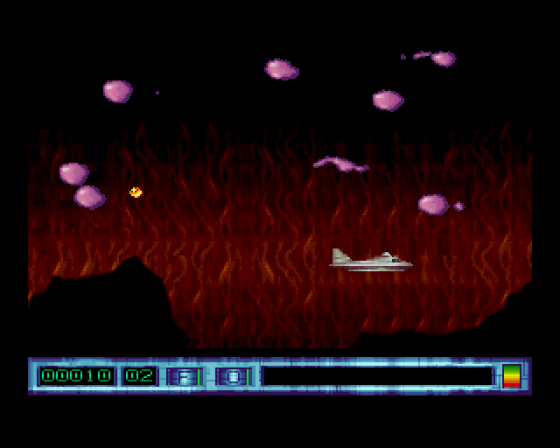 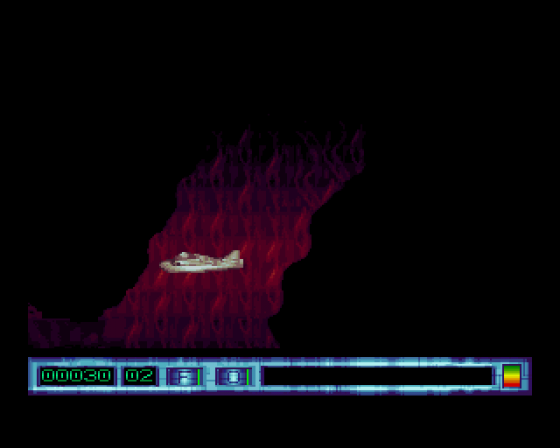 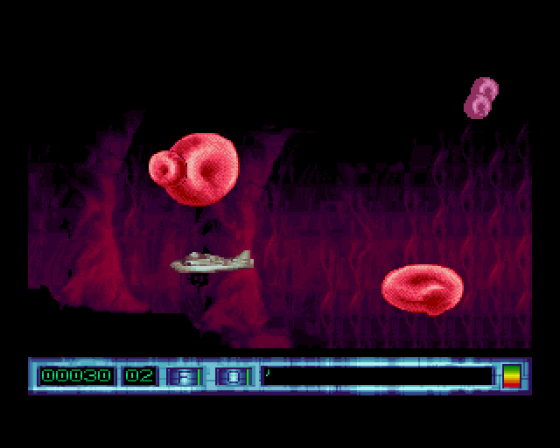